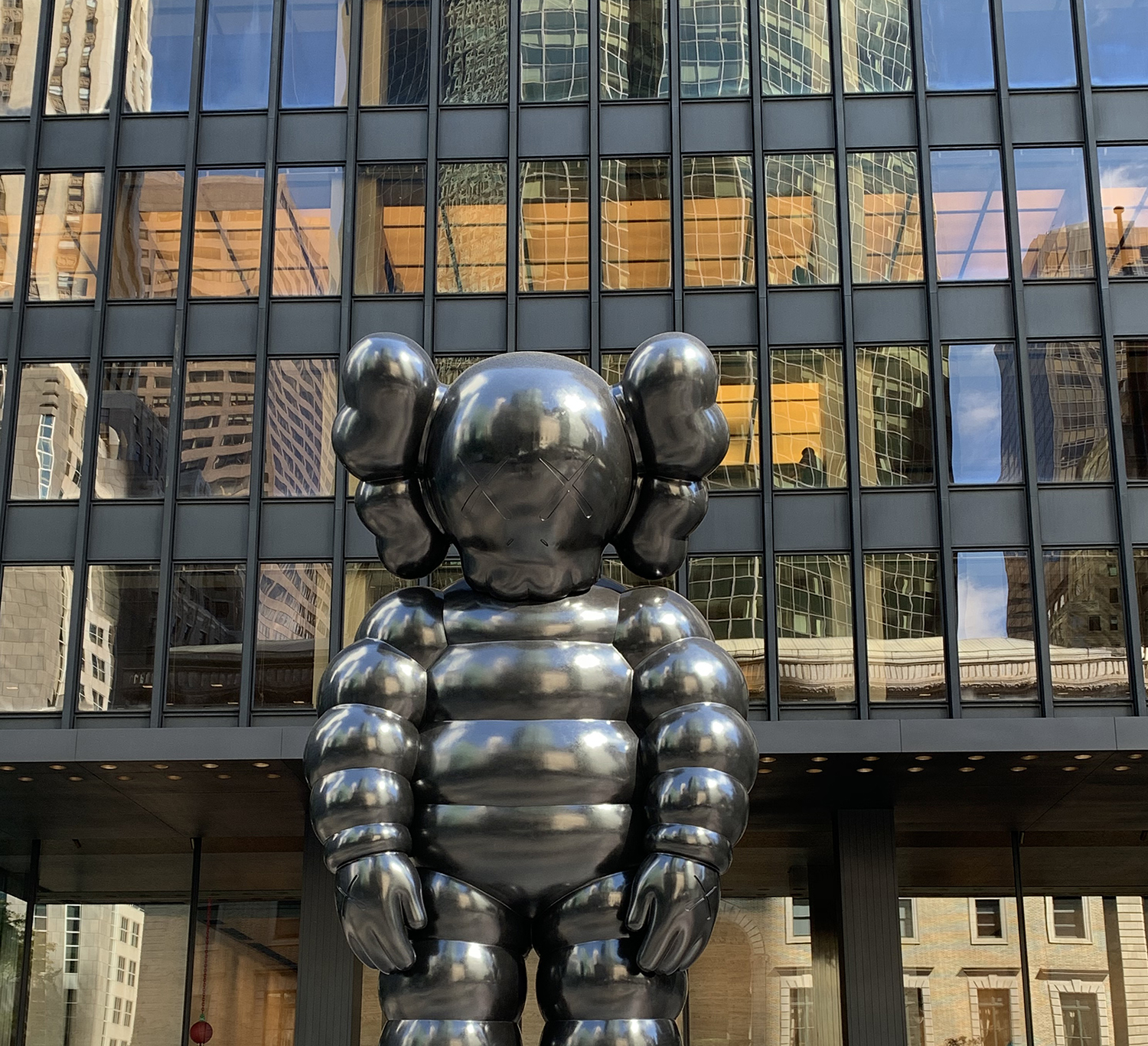 RFR looking to get party started with new Seagram sculpture

RFR has unveiled a new sculpture on the Seagram Building Plaza.

Called WHAT PARTY, the 20 ft. bronze sculpture was created by the artist, KAWS.

WHAT PARTY is isolated, despondent, and still figure with heavy gloved hands in an allusion to the complex cultural and political environments in which we live, according to the artist.

The Seagram Building, designed by the legendary architect Ludwig Mies van der Rohe, is widely recognized as one of the world’s greatest architectural masterpieces. The landmarked building is Mies van der Rohe’s only work in NYC and was completed in collaboration with Philip Johnson.

“Our streetscapes and public spaces through collaboration are more important now than ever,” said Aby Rosen, founder and CEO of RFR. “It is imperative for NYC to resume its leadership as the world’s business and cultural center.”

Made possible with Skarstedt Gallery, support of the artist, and RFR, WHAT PARTY will be on view in the plaza through the end of the year.