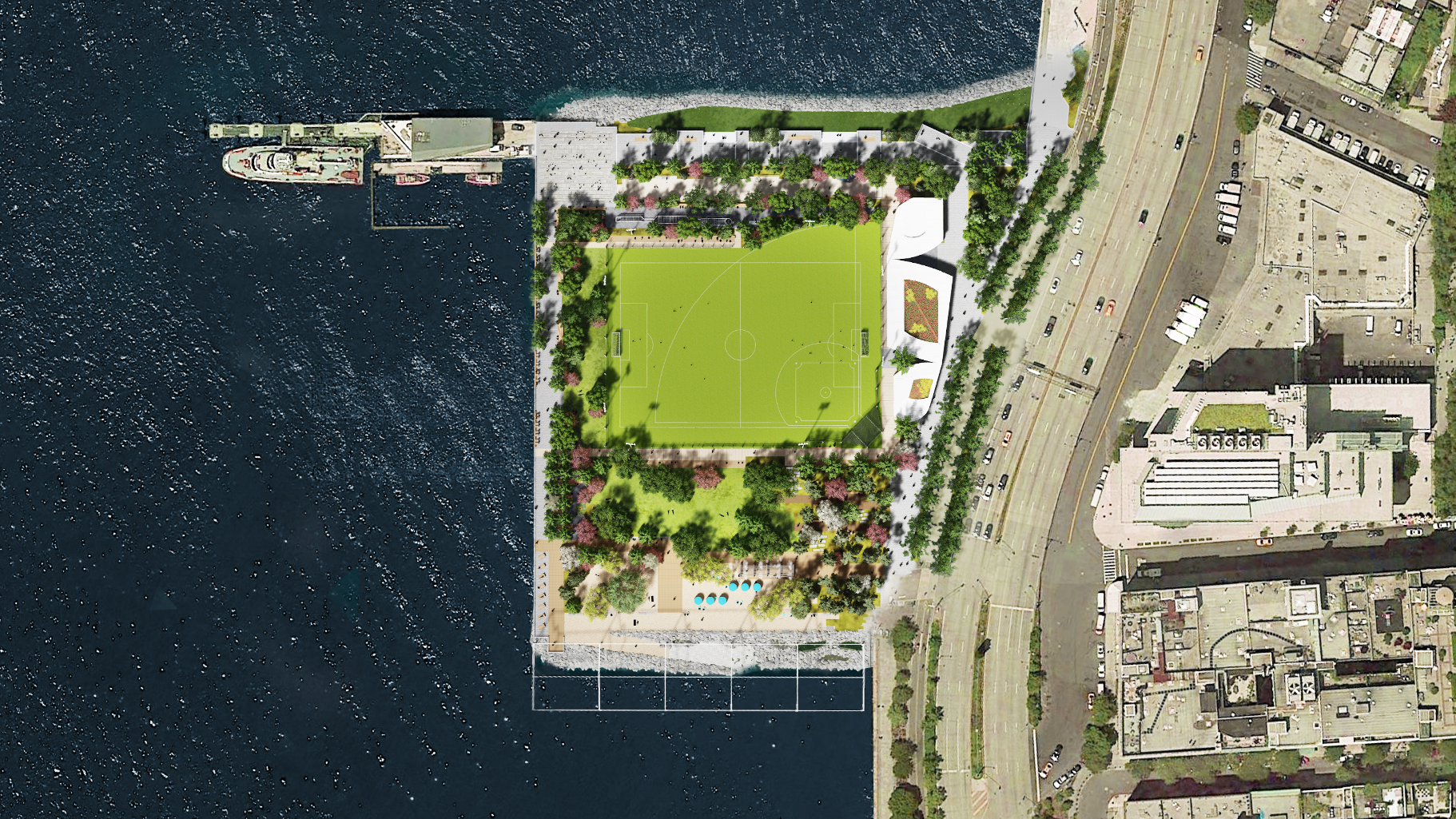 The Hudson River Park Trust is looking for developers to build its new Gansevoort Peninsula, a 5.5-acre park to be built on what was once 13th Avenue.

The Trust has issued three Requests for Proposals (RFP) for the $70 million project that will include a sandy beach area with kayak access, a lawn and seating area, sports field, a salt marsh, dog run and picnic area.

The Whitney Museum of American Art will also build one of the country’s largest public art projects on the southern edge of the peninsula featuring and installation called “Day’s End” by David Hammons.

It is hoped construction could get underway this spring and the park could open by spring 2023.

“We are thrilled that the Trust is continuing to build on the success of the recently opened and very popular Pier 26 with the redevelopment of Gansevoort Peninsula,” said Deputy Mayor Vicki Been, noting that the city is funding part of the development cost

“The creative and unique design will add to New York City’s diverse and ever-growing selection of world class parks and community spaces.  The City is proud to invest in expanding open spaces for New Yorkers and moving the Hudson River Park one step closer to completion.”

Madelyn Wils, president & CEO of the Hudson River Park Trust, said the Gansevoort Peninsula will be a “spectacular public space for all New Yorkers.”

Built on solid ground (as opposed to a pier), Gansevoort Peninsula will take advantage of a long-submerged section of what was once the city’s 13th Avenue. It ran from Bloomfield Street, on what is now the Gansevoort Peninsula, north to 23rd Street. The area was later excavated to permit longer ships to dock without blocking the channel. Today, only a one-block stretch of Thirteenth Avenue remains on the Gansevoort Peninsula. This block will be incorporated into the design for the new park.

Gansevoort Peninsula is among several signature projects either recently opened or underway along the four-mile Hudson River Park.

Overall, the Park Trust is spearheading more than $1 billion in public-private partnerships in ongoing construction toward completion of the Park.

In September, it opened Pier 26, the first new public pier to open in the Park in a decade. Construction is also nearing completion on Little Island, the planned public park pier and performance space once known as Pier55 and expected to open this spring. T

Work is also ongoing at Pier 57, a mixed-use development by RXR Realty/Youngwoo and anchored by Google, which will include more than three acres of public open space, including a rooftop park and perimeter esplanade anchored by exhibition and classroom space for Hudson River Park’s River Project – also expected to open this year.

At the same time, the Trust plans to break ground this spring on two additional public park projects: Pier 97, which will include a lawn, playground, sunset plaza, and youth soccer fields, along with an esplanade connection to Riverside Park South; and a reconfiguration of Chelsea Waterside Park, which will include a rebuilt ball field, picnic areas and an enlarged ball field, joining the new and popular playground.