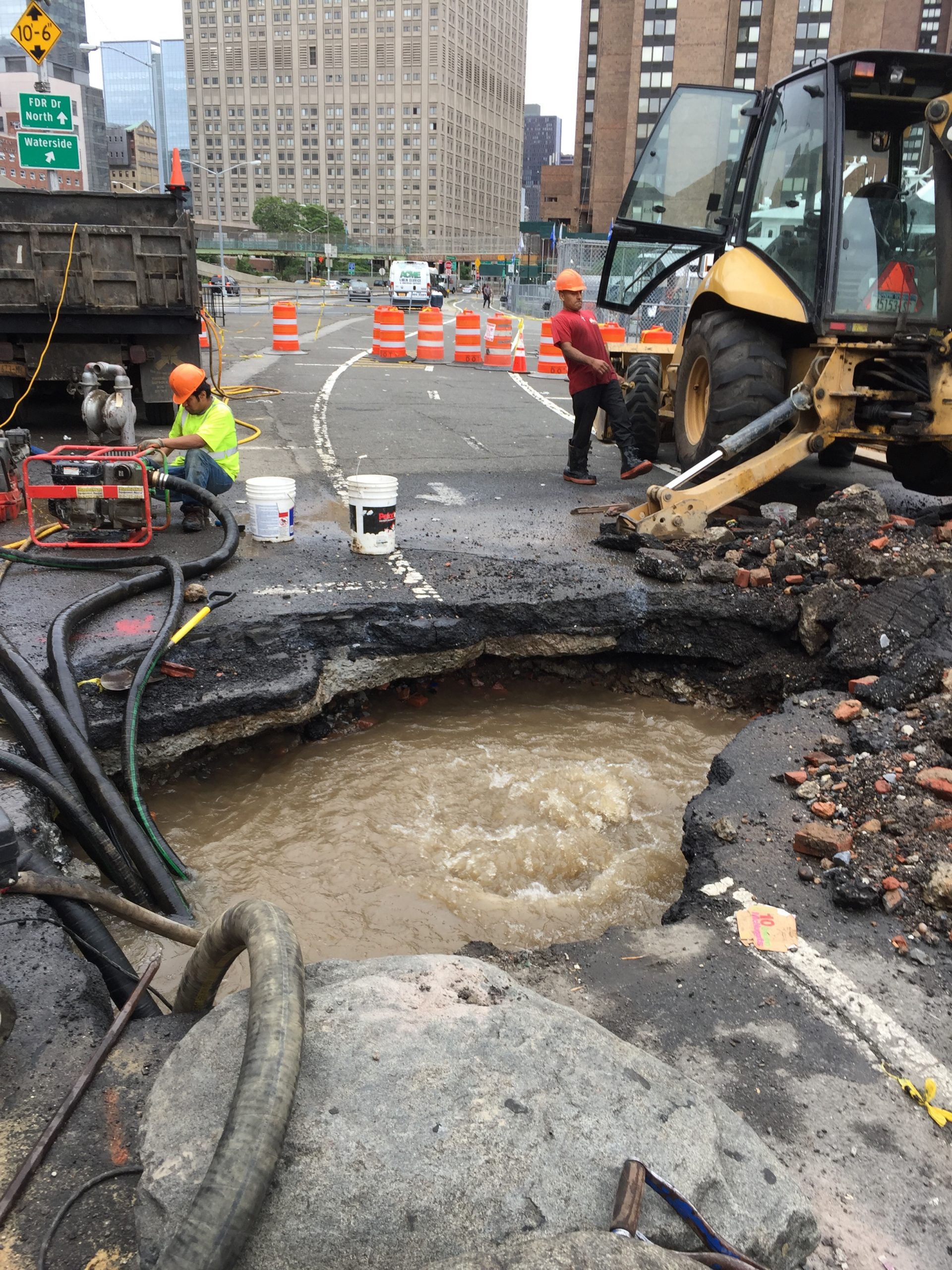 The city has allocated $284 million to plug the sink holes that have plagued the East River Esplanade in recent years.

The new funding will also be used to revitalize the East Harlem portion of the esplanade and to repair the dilapidated Pier 107.

“With New Yorkers doing our part to mask up and social distance to prevent the spread the COVID-19, our open, outdoor spaces have become an even more precious commodity – and one that we cannot take for granted,” said Congresswoman Carolyn B. Maloney, who founded the East River Esplanade Task Force in 2010 with former Council Member Jessica Lappin and now serves as the co-chair alongside Council Member Ben Kallos.

“The East River Esplanade has provided space for children to play, for athletes to bike and run, and a respite for New Yorkers stuck indoors. Even before COVID, those of us on the Upper East Side and in East Harlem felt the strain of living with some of the least park space per capita in the City,” added Maloney.

“Now, with sections of the Esplanade fenced off due to sinkholes and other unsafe conditions, we have even less outdoor space. That is why the $284 million that the Mayor and Parks Department have committed to Esplanade repairs is so important.”

In 2017, a large sinkhole formed on the bike lane at 23rd Street along the East River (picture top). The City Economic Development Corporation (EDC) ultimately repaired the pathway then, in 2019, a second sinkhole caused the collapse of portions of the promenade at East 76th Street in mid-July.

Russell Squire, Community Board 8 chair and Tricia Shimamura, Community Board 8 First Vice Chair and Parks and Waterfront Committee Co-Chair welcome the latest funding round to upgrade the waterfront, saying, “The Esplanade is more than just open space for our community- it is a critical piece of waterfront infrastructure that protects our residents, schools, hospitals, and FDR drive.

“Now more than ever, the preservation of our open spaces is crucial, and we applaud the City for making this critical investment. We look forward to continuing to work with our elected officials and fellow advocates for the future of our waterfront.”

Council Member Ben Kallos added, “After years of working and pushing to get additional funding to rehabilitate our beloved riverside space alongside Congresswoman Carolyn Maloney and the East River Esplanade Taskforce we have finally secured the funds to fix dozens of blocks beginning in the east 90s all the way up through the east 120s.

“Once the area is restored it will be a huge benefit to residents who will be able to enjoy this beautiful natural resource once again.”