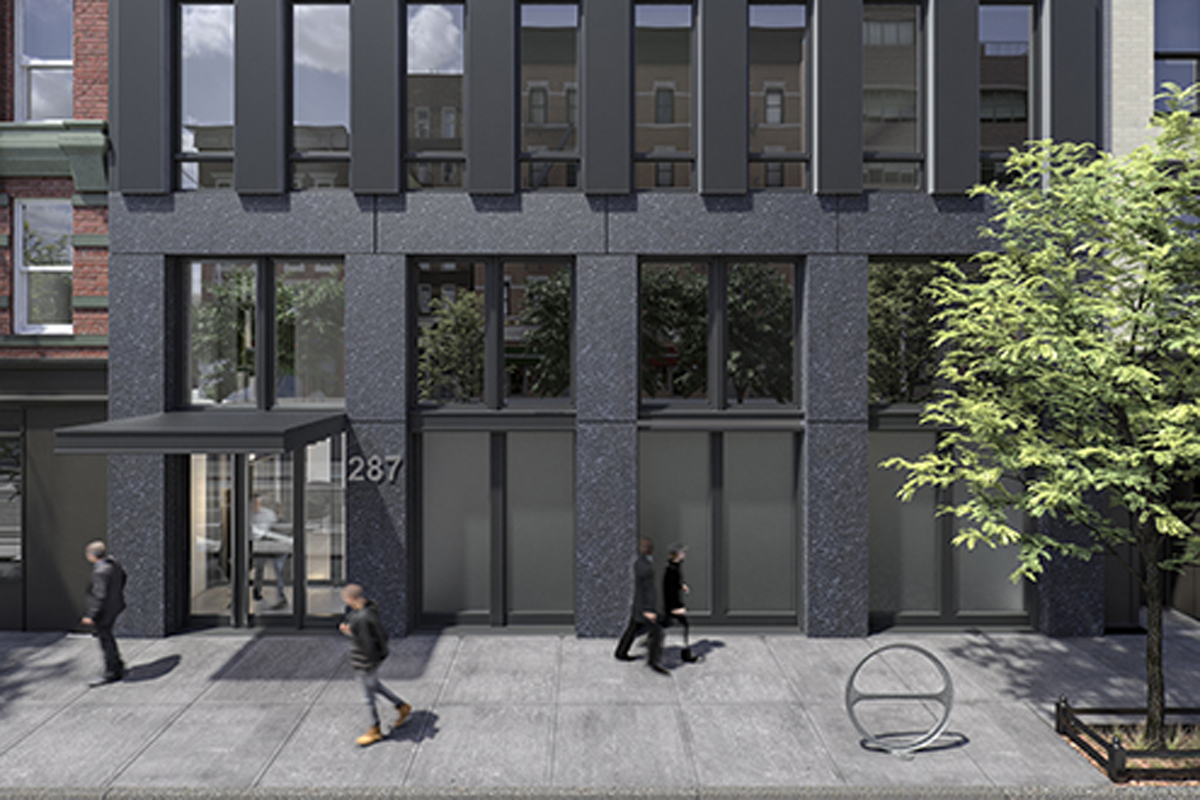 Upscale apartments, on the other hand, are the new kids on these blocks, here to meet up with their friends and fellow newcomers, fine art and fancy food.

A new day is dawning on the Lower East Side as builders chip away at massive projects, including the transformative Essex Crossing mixed-use development. But Andres Hogg, the brains behind 287/LES, an 11-

In fact, the developer and his company, Hogg Holdings, are banking on the area staying sharp enough to attract New Yorkers with deep pockets and a thirst for grit and authenticity, the likes of which can’t be found in the other, more sterilized mixed-use communities emerging elsewhere in the city, such as Hudson Yards, the Financial District and Long Island City.

“The Lower East Side has a great history, great character and it’s being gentrified in the right way,” Hogg said. “It has a great transportation system, great art and culture. It has the right balance to continue to be a neighborhood.”

Hogg acquired the property in late 2014 through a joint venture with Vinci Partners, a Brazilian hedge fund. City records show they paid $15.2 million for the deed to the property.

Once completed, 287/LES — with its façade of black steel, broad windows and sweeping diagonal slash inspired by the Italian painter Luciano Fontana — will stand in stark contrast to its two flanking buildings, a pair of run-of-the-mill walk-ups dressed in bricks and wrought iron fire escapes.

But Hogg said the architect, Aldo Andreoli of AA Studios in Brooklyn, sought to design a building that stood out without disrupting the overall character of the neighborhood.

“We designed a building that could fit in any neighborhood,” Hogg said.

Shelley O’Keefe, the Corcoran broker leading the marketing campaign for 287/LES, said it was important that the building blend into the area both for the long-time residents and the newcomers who have sought out its particular charm.

“This is a community people are proud of,” she said. “We’re trying to integrate into the neighborhood, not disrupt it.”

The building features 28 condos, most of which include one or two bedrooms with the exception of one of the building’s two penthouses, which spans the 10th and 11th floors and includes private roof access on the building’s east side and a view of the nearby Williamsburg Bridge and Brooklyn in the distance.

The rest of the roof is a common area that will include space for lounging and grilling, as well as views of the East Village and Midtown to the north and the Financial District to the south. One can even spot the 18-foot statue of Vladimir Lenin — which once graced the roof of the Red Square apartment building on the opposite side of Houston — in its new location on a neighboring roof.

Two-bedroom offerings cut through the entire building, allowing north and southbound views either through the large windows or from one of the many terraces.

“We included a lot of balconies and terraces because of the spectacular views — we tried to put as many of them on as possible,” Hogg said. “We like to say that we provide views within reach.”

With the broad boulevard in front of the building and the ample space between the rear-abutting property, sunlight and vistas abound at 287/LES, though the clearest ones kick in at floor seven.

“You can count on light no matter where you are in the building,” O’Keefe said.

On the ground floor is a pair of maisonettes, which extend to the back of the building and provide private yard space. And, rather than include a retail component, which Hogg worried would cheapen the property, he and his partners decided to install a gym for the building.

All residents will have access to a bike storage room as well as the option of purchasing storage space. Other amenities include a part-time doorman and a 24/7 digital doorman.

Prices range from $1.15 million for a 645 s/f one-bedroom to $2.95 million for the smaller of the two penthouses, which is in contract. Pricing for the second penthouse will be released next month.

The Cold Truth: Homelessness soars to record highs with no solution in sight