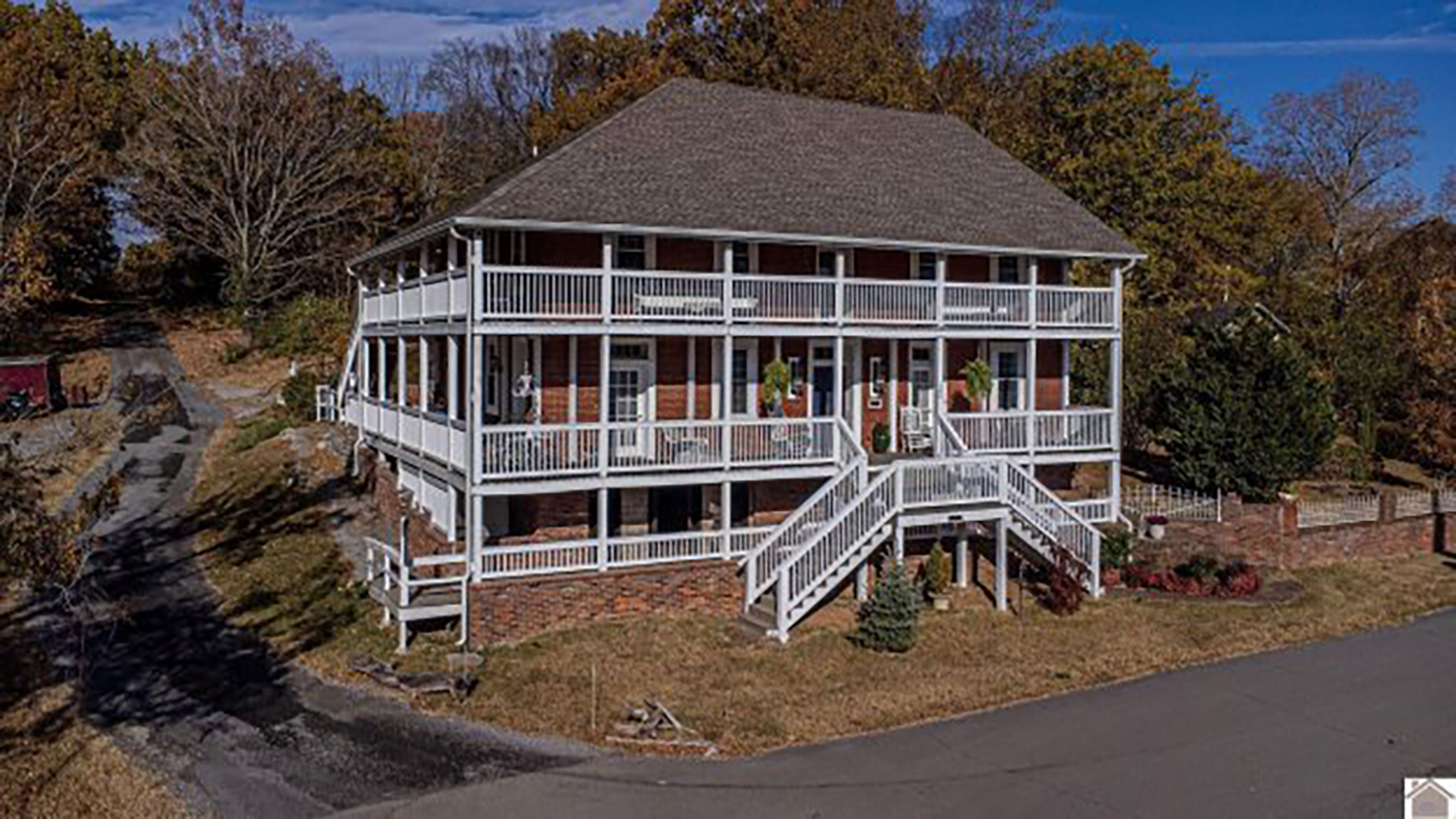 If running a bed and breakfast or launching a historic wedding venue is in the plans for 2023, the 226-year-old Red Brick Inn should be on the top of the list. Built between 1795 and 1805 along the Cumberland River in Canton, Kentucky, the six-bedroom property ran as an inn until 1932. In its heyday, the Red Brick Inn hosted President James Polk, Revolutionary legend Marquis de Lafayette, opera singer Jenny Lind, and many others.

Placed on the National Register of Historic Places in 1980, the property is now a private residence that has been extensively renovated. The old Canton Hotel is on the market with Lake Homes Realty for $729,000.

The Red Brick Inn has historic ties to Nashville and is only a two-hour drive away from the Music City. Nashville businessman Abram Boyd saw a spot he liked on the Cumberland River just over the Kentucky border and fulfilled his dream of starting a hotel. At that time, Canton had 2,000 residents and was as large as Nashville. Steamboats traveled regularly from Nashville to unload cargo and allow passengers to stay in the inn while enjoying its basement tavern. The tavern was a speakeasy during Prohibition. For those who misbehaved, Trigg County’s first jail was in the basement adjacent to the tavern.

After closing ats a hotel  in 1932, the property was purchased by Bill and Mildred Jones. The Eckstein family from Florida owned it from 2004 until 2014. In 2014, Mark and Sandra Guth purchased the property and did numerous renovations adding flooring, plumbing, electrical updates, and insulation. Improvements were also made to the guest house.  During the updates, the Guth family maintained the property’s historic charm. The three-story inn has a mural in the foyer painted by Nell Broadbent showing the steamboat B.S. Rhea preparing to dock at the old hotel. The brick structure features balconies overlooking the Cumberland River and scenic Canton.

With his wife’s death three years ago, Mark Guth decided to place the home on the market and move on to another project. With five bedrooms in the main house and another in the guest house, the former hotel hosted wonderful Thanksgiving and Christmas celebrations. The property could easily become a bed and breakfast for someone looking to blend history and hospitality. With great views and charm, it could also be an event/wedding venue or it could remain a private home that comes with a historic past. The address is 500 Boyds Landing in Canton, Kentucky.  www.kylakeguy.com