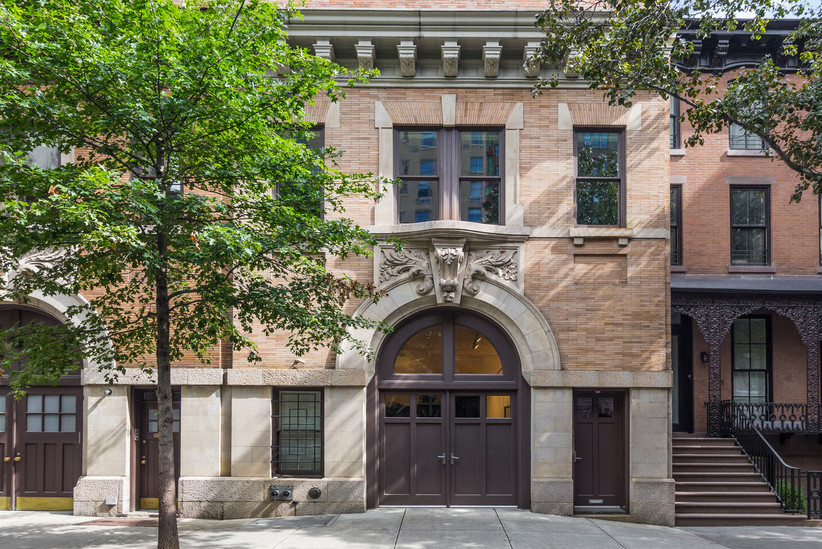 HAVE YOU HEARD? One-time stable listed at $22M

A one-time stable is now listed as $21.75 million luxury single family home opportunity.
Cindy Kurtin and Jill Bernard at Stribling are co-listing 167 East 73rd Street with Jed Garfield of Leslie Garfield & Co.
Now an office and apartment combo with a gallery tucked inside, the 5,000 s/f building was originally part of a dual-structure property built in 1903 for typewriter mogul, Henry Harper Benedict, president of the Remington Typewriter Company, and used as a carriage house for his horses.

The carriage house’s subsequent owners have included the philanthropist Emily Thorn Vanderbilt as well as an art gallery, an antique dealer, and the studio of graphic designer and photographer Henry Wolf. Most recently, it has been owned by the Vilcek Foundation and by the Laurie M. Tisch Illumination Fund.
The building is 25 ft. wide and 100 ft. deep and in “pristine condition,ˮ say the brokers, who note, “It can easily be transformed into a majestic single-family residence.ˮ

Actor Robert DeNiro is seeking approval to demolish and rebuild his home in Montauk.
According to 27 East, DeNiro, who originally sought approval to demolish the house two decades ago, filed a new application at the East Hampton Town Zoning Board of Appeals.
During a zoning board meeting last week, DeNiro’s representatives presented plans for a 2,554 s/f, two-story home. DeNiro’s original application was for a house three times that size.
The actor’s current home has 2,278 s/f of space with 740 s/f of decking. The structure sits within a 1.5-acre property near the Old Montauk Highway.
DeNiro has owned the home since the 1980s. In 1997, he filed plans to expand it by additional 4,000 s/f. When the zoning board denied his application, he sued. The lawsuit was unsuccessful.
Aside from his home in the Hamptons, De Niro has 50-acre estate in upstate Gardiner, New York, and a four bedroom apartment in the West Village that he bought last year for $15.3 million.

Meanwhile, press-shy Raphael DeNiro will take the spotlight at this monthʼs Douglas Elliman ReInvent Conference in Connecticut.
He will be among a cadre of the firmʼs own power brokers dishing out advice during the two-day event that also includes author Michael Wheeler, Shark Tank coach Chris Westfall and journalist David Puente.
The event takes place at the Mohegan Sun October 22-24.