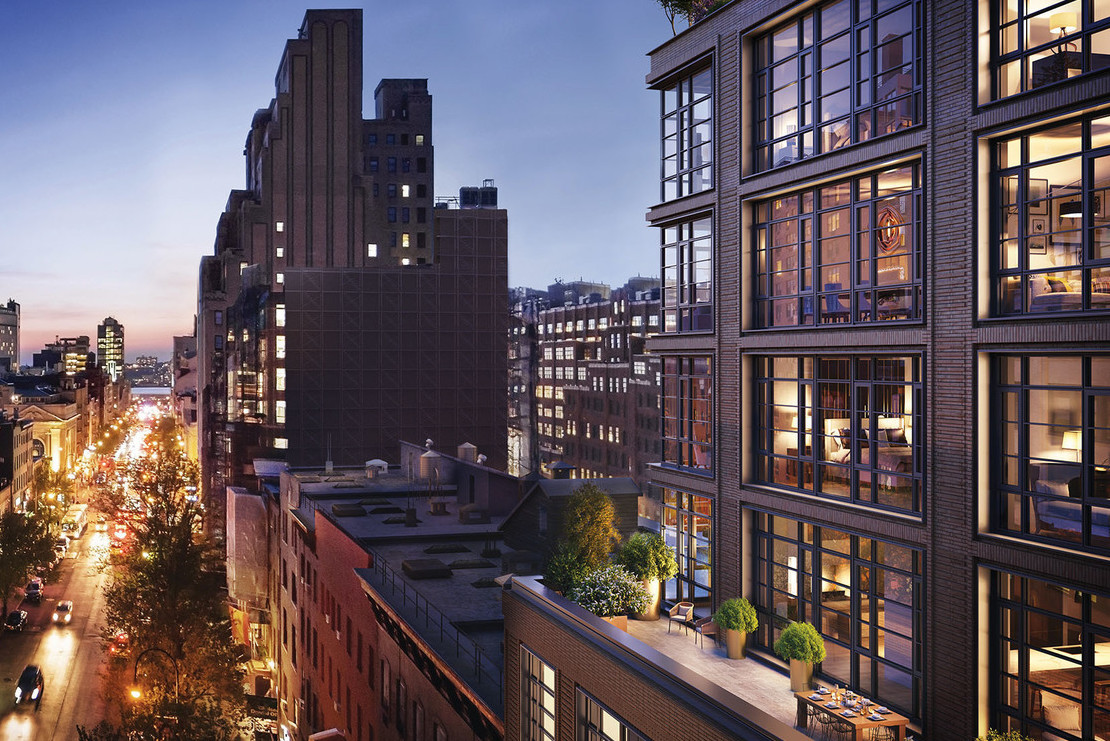 The d’Orsay, a French-inspired condo development in Chelsea, is banking on name recognition, among other things to appeal to buyers.

The property, which sits mid-block on 14th Street between Seventh and Eighth Avenue, is the first condominium project with interiors designed by Parisian architect Jacques Garcia. 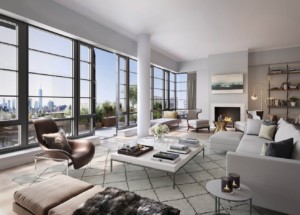 Garcia, whose career highlights include the NoMad Hotel and the redesign of the Louvre’s 18th century decorative arts wing, has proven to be one of the selling points for the boutique property.

“He’s not as well known in New York City, or in America, as he is everywhere else in the world. But once you mention the NoMad Hotel, it clicks. Everyone’s been to the Nomad Hotel,” said Mary Ellen Cashman, a broker from Stibling & Associates who is in charge of sales at the property.

Garcia, whose reputation is based on his work in hospitality interiors, has his fingerprints all over the d’Orsay. It even extends to the marketing thrust for the project.

“Matthew Adell (the head of building’s developer Adellco), spends a lot of time in Paris and he wanted the name to have a French flavor because of Jacques, and the d’Orsay Museum in Paris is something he could relate to,” Cashman said.

“He (Garcia) had a sense of what he wanted the overall look to be. Then we worked on refining that and tailoring it to who we thought our buyers would be here.”

However, the appeal of the 11-story property goes beyond its European connection. “It’s a relatively small building development with 21 units. We thought we wanted to offer the most important amenities. Nothing silly, we didn’t want a dog spa. Some of the things that other buildings offer, you know, are just not going to be utilized,” she said.

The property covers all the basics: full-time concierge, fitness center and rooftop garden. According to Cashman, Garcia’s signature contribution is the spa. “He really wanted to have it. He thought it was sexy and something that’s different,” she said.

To shield against pushback on pricing, Adellco incorporated “efficiently-sized” units. 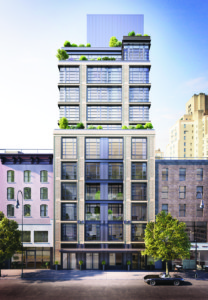 “We could have done all full floors but we decided, on the lower floors, seeing as we’re on 14th Street, you don’t want a high-ticket item because we were concerned about pushback with proximity to the street. So it made sense to put our smaller apartments at the lower portion of the building on the south side. I think, in general, we wanted a good mix,” Cashman said.

According to Cashman, the tower’s buyer pool is diverse, and they’re looking to settle in.

“We’ve had a very diverse group of people buying in the building. We’re centrally located for shopping, transportation and dining. Most people recognize this as being a very convenient neighborhood to live in. We have a diverse group, from parents buying for children to empty nesters looking for pied a terre. There is an understanding that this is a good value play,” she said.

“We’re very pleased that all of our buyers, with the exception of one, are users. This has not been a building that’s attracted a number of investors. And we had hoped that would be the case, because you want a building that has owners living in it.”

Sales launched in the spring. The building is now 43 percent sold, with five two-bedrooms and four one-bedrooms in contract.

HAVE YOU HEARD? One-time stable listed at $22M