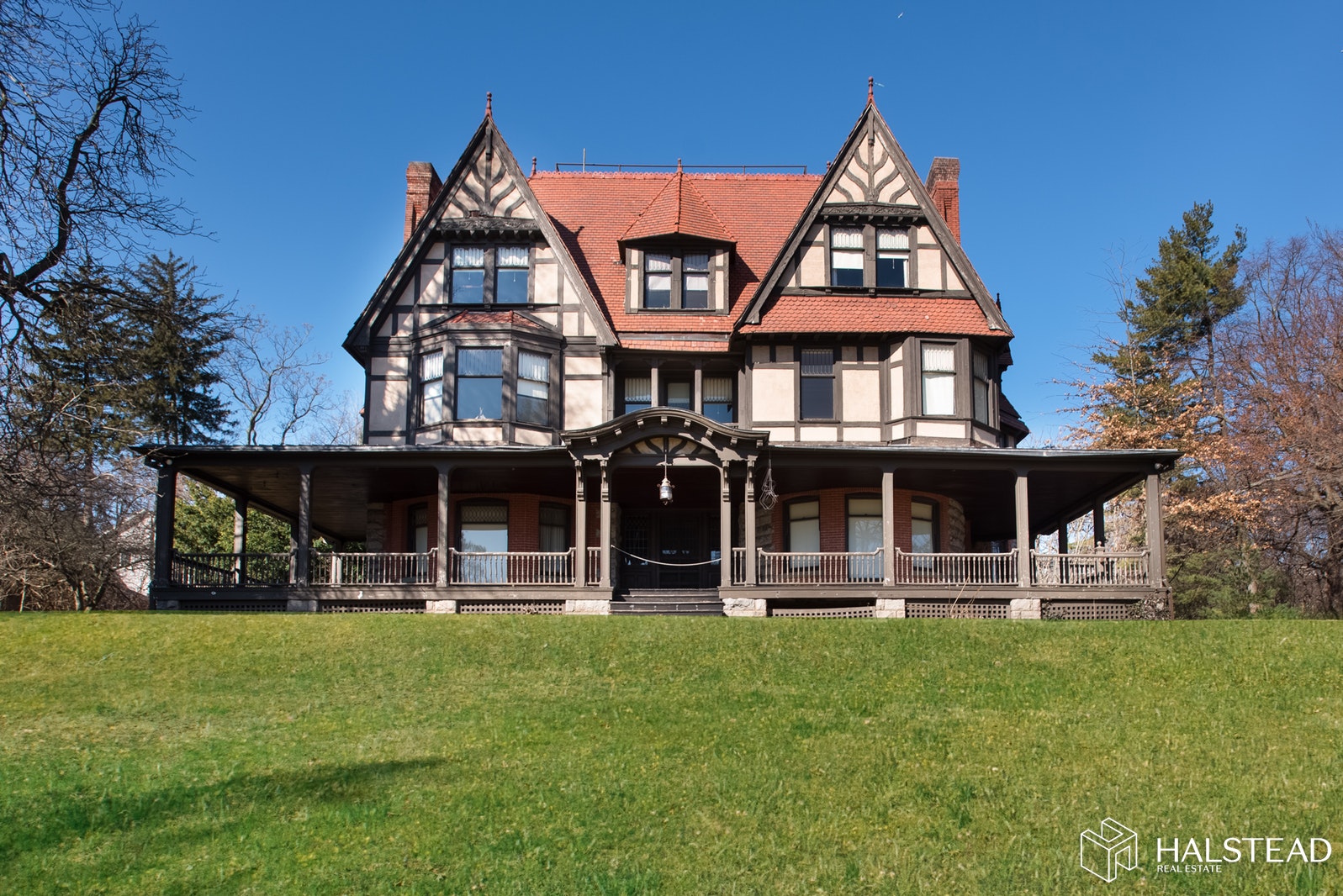 123 West 11th Street was listed last December, going on the market for the first time in 30 years, by Michael Bolla of Sotheby’s International Realty.

The Italianate style home has 13 rooms, four of them bedrooms, featuring a total 6,600 s/f of space. The home also includes four terraces, outdoor space with Wisterias and plantings, three formal dining rooms, a library and five full baths and four half baths. The top floor has an art studio with double height ceilings. There’s also a professional laundry and staff quarters. Julian Schnabel had designed some aspects of the house including a fireplace and dining room table.

The home was sold to a New York-based LLC.

Julian Schnabel is a successful artist since the 1970s. He and his first wife Jacqueline have three children, Lola, Stella and Vito, who all grew up to have careers in the arts.

Julian resides near Jacqueline’s former home at 360 West 11th Street, originally a horse stable that was converted for residential use, adding five luxury condominiums in the style of a Northern Italian palazzo. It is known as Palazzo Chupi and is easily recognizable because it’s painted bright pink and has setbacks.

A historic home that was later home to a museum is now on the market.

30 North Mountain Avenue, in Montclair, NJ, was built in 1896 by the family of then-Hoboken Bank president Charles Shultz, and was owned the family for a century until being given to The Montclair History Center in 1996 for use as a museum.

It remains in its original condition, with no alterations except the addition of a kitchen stove in the 1920s. All of the formal rooms in the home feature detailed and original woodwork, including the Delft title surround in the dining room, wooden class enclosed shelving in the library, curved walls in the music room, and large fireplaces in many rooms. Both the music room and living room overlook a large wrap around front porch with views of the New York City skyline. The second floor of the home includes six bedrooms.

The third-floor features what was Charles Shultz’s workshop, a sitting room with a fireplace, two additional bedrooms and a bathroom. There is also a “tin room” that was used to store clothes in the summer and an attic on the fourth level, with stairs leading to a rooftop observatory.

The stables in a two-bedroom carriage house on the property remain intact, as does an 1896 elevator that gave access to each floor of the main house.

Berkshire Hathaway HomeServices growing and has moved to new office