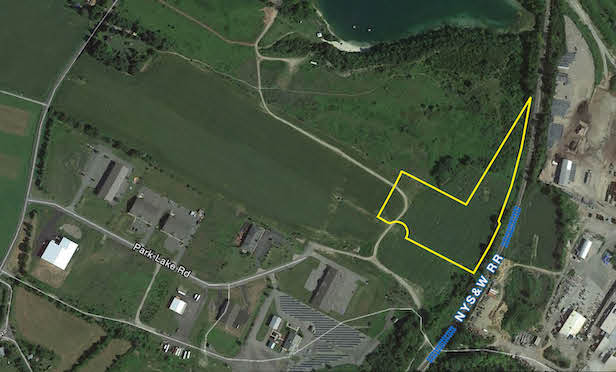 NAI James E. Hanson has negotiated the sale of two industrial development sites at 2 and 4 Aaron Way in the White Lake Commerce Park in Sparta, NJ.

John Schilp represented the seller, Berardi Developers, in the transaction.

Occupying 31.54 acres along the NYS&W freight rail line just off of Route 15, the White Lake Commerce Park is made up of 12 subdivided fully improved lots .

Situated 12 miles from Interstate 80 and less than five miles from Route 206, the property’s accessibility makes it ideally suited for a wide range of industrial uses.

Purchased by a Morris County-based developer, the land at 2 and 4 Aaron Way will be transformed into a 30,000 s/f spec warehouse .

Schilp was retained in 2019 to facilitate the sale of the 12 lots making up the site.

With the last lot due to close in late March, Schilp has now brought several developers to the White Lake Commerce Center to construct spec industrial buildings ranging in size from 10,000 – 30,000 s/f.

“Just a few years ago, Sussex County was far from front of mind when it came to spec industrial development. However, record-high pricing to the east has forced developers and tenants to look to the area to meet their industrial real estate needs,” said Schilp.

“Where once there stood a vacant lot, it has been a pleasure to work with owners and developers for the marketing and sale of these properties.”