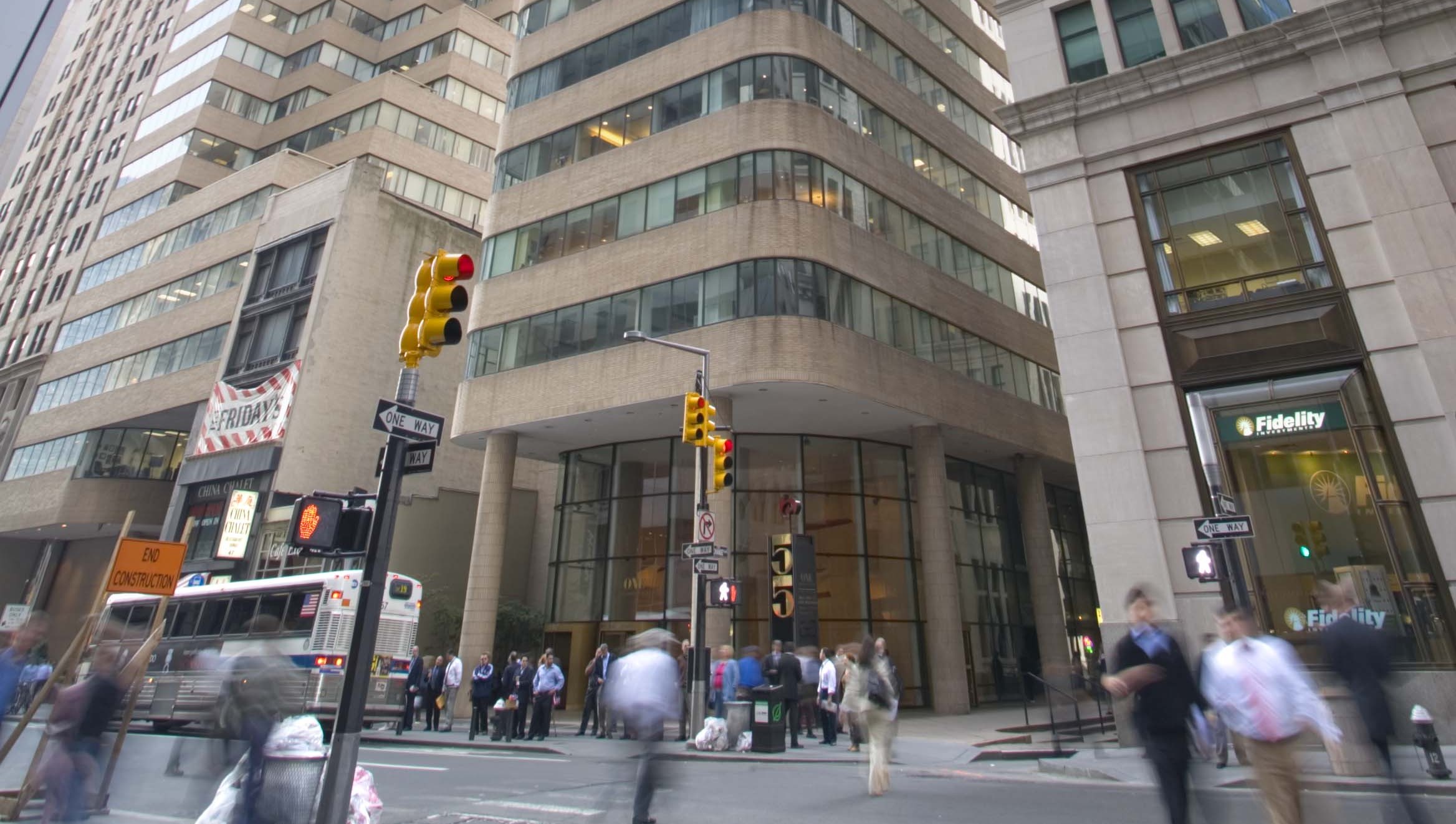 CBRE Group, Inc.  has been named the exclusive leasing agent for 55 Broadway, a 360,634 s/f boutique trophy office tower in the heart of Downtown Manhattan, owned and recently purchased by Harbor Group International.

CBRE’s Brad Gerla will lead the leasing efforts along with Zachary Freeman, Peter Turchin and Jonathan Cope, as the exclusive leasing representatives for 55 Broadway, a 32-story tower at the corner of Trinity Place.

“We are excited to be working with the same CBRE leasing team that helped make our first downtown investment, 4 New York Plaza, a big success,” said Jordan E. Slone chairman and CEO of Harbor Group.

HGI bought the 90 percent leased building from an affiliate of Broad Street Partners for $157 million in April. Its partners in the investment include Image Capital, LLC.  Slone said at the time he planned “an  aggressive leasing strategy to take advantage of improving Downtown market fundamentals,”  and would also reposition the street level retail and mezzanine space to capitalize on the surging downtown retail market.

“We are proud to represent 55 Broadway in its repositioning from a highly regarded financial services tenanted property to one that is now being transformed into a boutique tower attractive to the diverse tenants who see Downtown as a prime location for their business and employees,” said Gerla.

“The property’s superior quality, spectacular views and ideal floor plates, along with its proximity to multiple subway lines, including the new Fulton Street Transit station and World Trade Center transportation hub, makes it an easy and fast commuting destination for employees, including the workforce in what has become the 24-7, live, work and play environment of lower Manhattan.”

Designed by FXFOWLE (formerly Fox & Fowle) Architects and built in 1983, 55 Broadway is in the process of developing 20,000 s/f of retail space, as well as creating a building lobby and upgrading the elevators to destination dispatch.