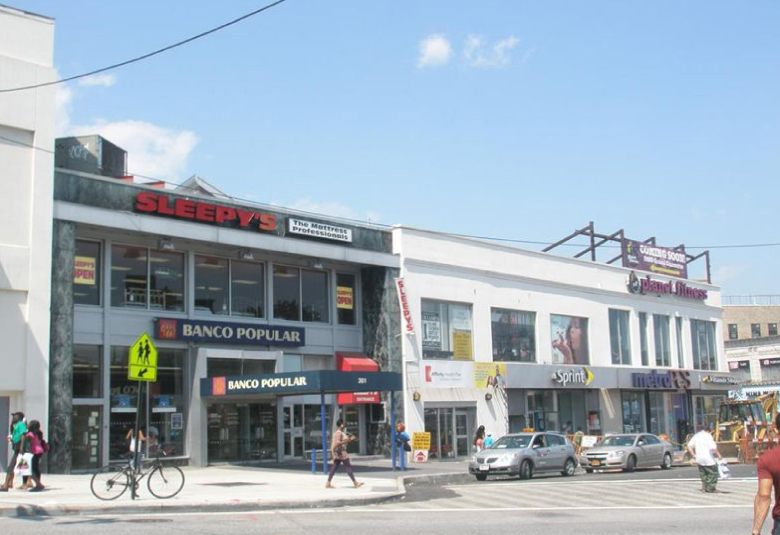 A Bronx retail strip Planet Fitness, Metro PCS, The Vitamin Shoppe and Subway call home has been sold at record pricing to The Harbor Group.

Massey Knakal announced that is represented the seller, The Jackson Group, a privately owned real estate investment company, in the sale of 305 and 315 East Fordham Road,  on the corner of East Fordham and East Kingsbridge Roads in  Fordham, for $34,630,000 or $1,145 psf.

According to Bob Knakal, who worked with colleague Karl Brumback, the price  has broken the all-time price per square foot record for an asset in the Bronx by a wide margin.

” This is remarkable for a two-story building given that the prior record was $800 per square foot for a one-story retail property,” said Knakal. “This transaction occurred in arguably the best retail location in the Bronx.”

The property is located on Fordham Road which offers a mix of over 300 independent shops along with national and regional chain stores. It is close to Fordham University, with over 1,200 employees and 15,500 students. Public transportation includes the 4, B, and D subway lines, Metro-North, and express bus lines servicing the area.

“Fordham Road retail assets are some of the Bronx’s most desirable as they rarely trade. This purchase is a great example of a buyer seeking stable yield in a rapidly improving Bronx market,” said Brumback.

The buyer – identified in city recrods as VIrginia-based The Harbor Group – was represented by Moshe Majeski of Meridian Capital.