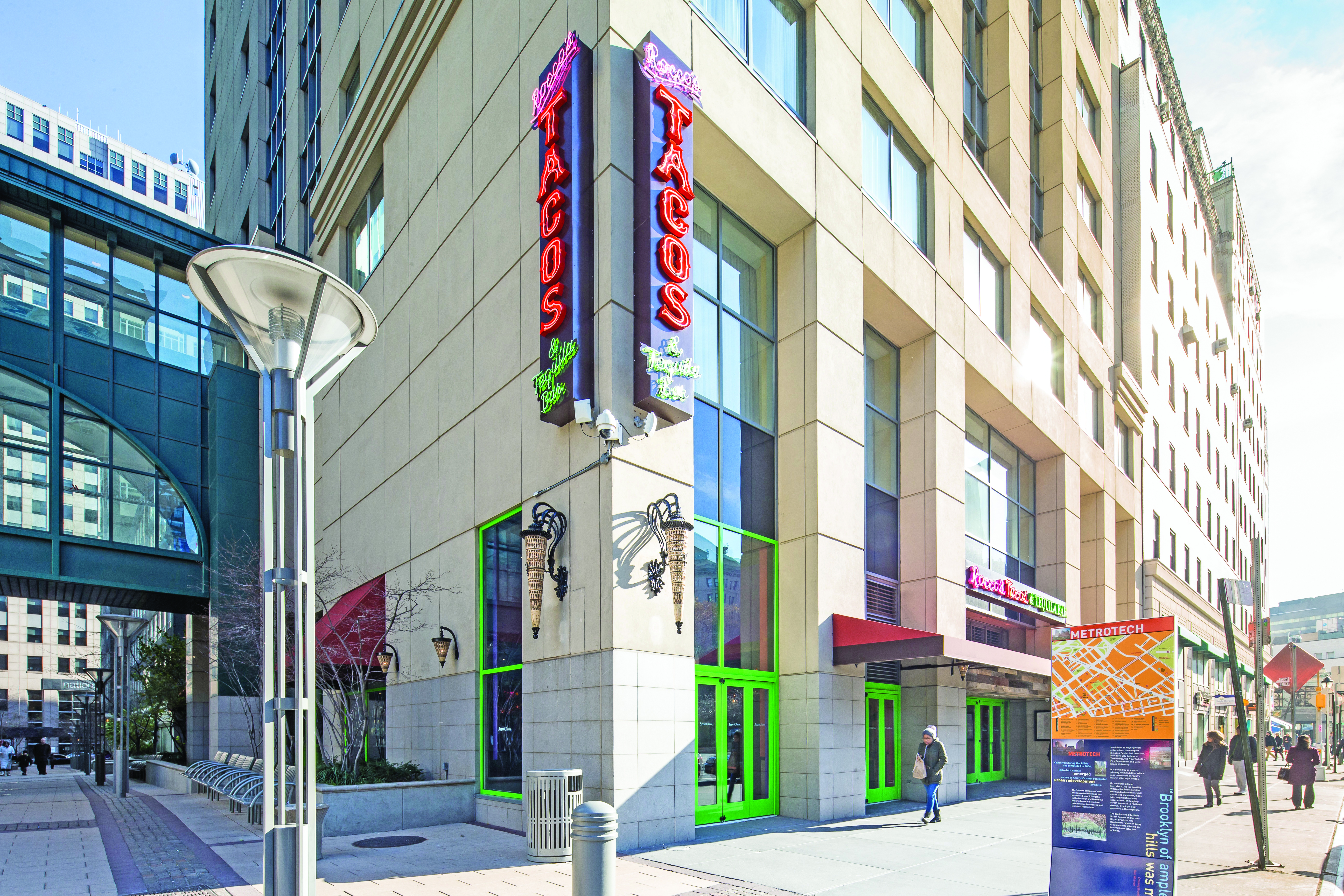 Muss Development has completed the final phase of Downtown Brooklyn’s Restaurant Row with the opening of Rocco’s Tacos this month.

The retail condo is now home to culinary tenants Hill Country Market and Hill Country Chicken, Panera Bread, Orange Leaf, and Potbelly. There is also a Shake Shack located across the street.  “The completion of this retail strip attests to our ongoing commitment to the remarkable and extraordinary evolution of Downtown Brooklyn. The vision we had for the neighborhood is now a wonderful reality and today is cause for celebration,” said Joshua L. Muss, president of Muss Development.

“Downtown Brooklyn has become one of the country’s most sought-after work/live/play neighborhoods through extensive redevelopment and repositioning, the emergence of the Barclays Center, and the arrival of NYU-Poly’s Center for Urban Science and Progress.”

“The completion of this retail strip is a major milestone. We are extremely happy with the outcome and continue to identify and capitalize on other retail opportunities.”

iPic has blockbuster plan for NYC