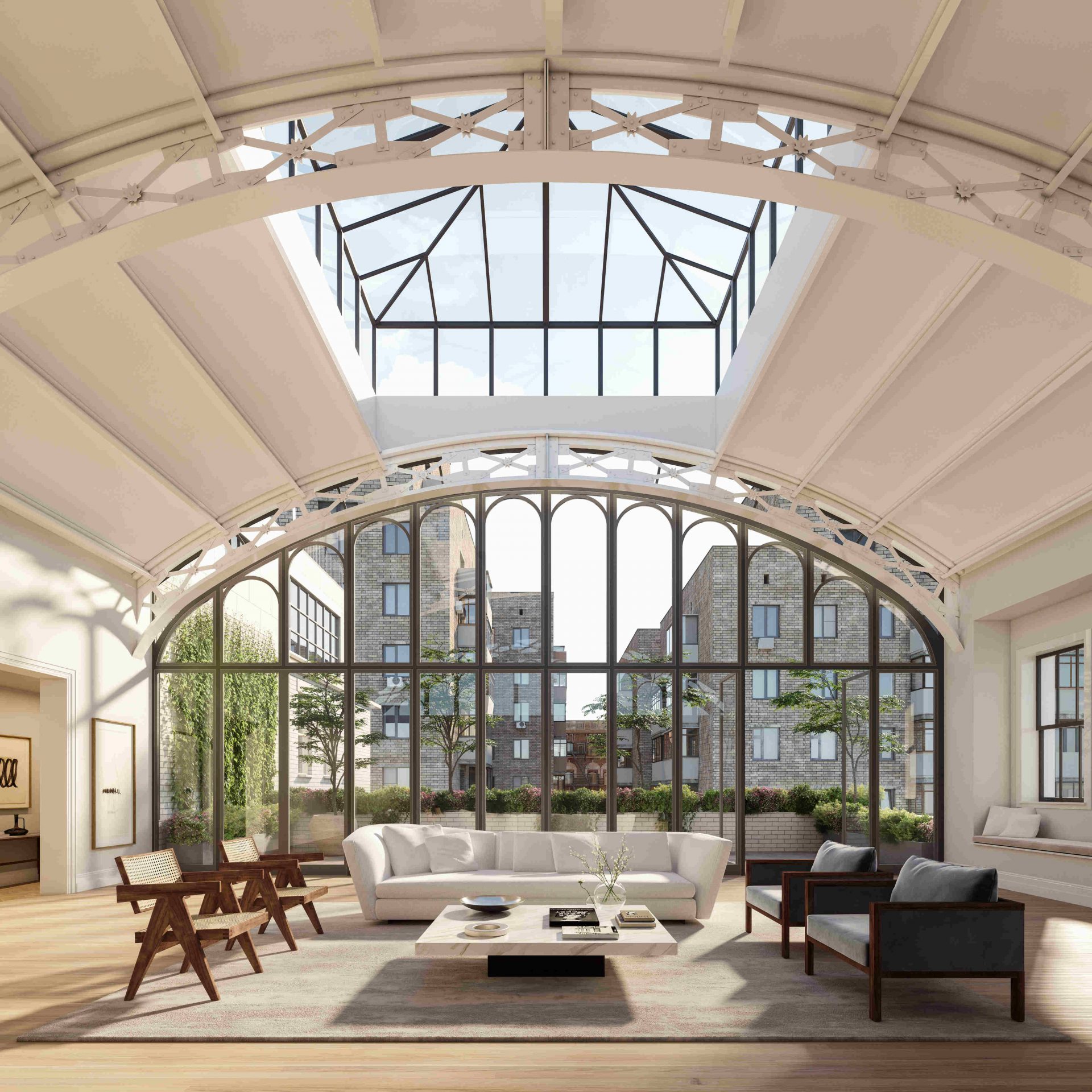 It’s one of those phrases that get bandied about so often they become lost in the limbo between cliché and platitude.

“It has great bones” can be a stand-in for needs some work; is old or is somehow still standing. It can also mean honest-to-God fine craftsmanship that is both functionally sound and pleasing to the eye.

In today’s real estate market, the catch-all phrase is seeing its malleability tested in new ways, as tenement buildings are returned to their townhouse glory and one-time warehouses, hospitals and schools are reborn as high-end condos and rentals.

“The term is misused a lot,” Claire Groome, an agent with Warburg Realty, said. “A lot of times it’s used to describe a space where renovation is needed but that’s not what we look for in terms of ‘good bones.’”

Identifying good bones is a key skill for real estate agents, especially those in Manhattan’s tony Uptown resale markets. It’s also crucial for developers on the hunt for savvy investments and visionaries aiming to bring dry bones back to life.

“Great buildings are getting harder and harder to find as development pushes farther into neighborhoods,” David Berger, a partner at DNA Development said. “It’s important to be able to identify quality construction when you see it.”

By its most literal, anatomical definition, the bones of the building are its load-bearing framework, its support beams and floorplates. In actuality, the term’s true use tends to paint with a broader brush.

Groome and her frequent collaborator, Lisa Larson, have become quite familiar with “good bones” buildings through the numerous condos and co-ops they’ve sold on the Upper East and West Sides, both together and separately. They’ve come up with their own way of evaluating spaces and highlighting them to the clients.

“When we’re talking about ‘good bones,’ there are few things we typically look for,” Groome said. “These are mostly pre-war buildings, but not always, and usually we’re describing soaring ceilings, grand foyers, arches and windows.

“These are classic spaces where people would entertain that give you a feeling of grandeur.”

In addition to ornate fixtures other decorative touches, many older buildings reflect different styles of life and cultures of eras gone by. Hearths that were not only active but a necessity in the 19th century, fire doors that predate today’s emergency exits and servants chambers are just a few antiquated features that add an old time charm.

From a functional standpoint, many older apartments sport large dining rooms, a stark contrast from modern units that are more likely to forego separate eating areas for larger kitchens and living rooms.

“Layouts have definitely changed over the years because we’ve changed how we live,” Larson said. “We don’t have maids living in maids rooms anymore, we entertain in our kitchens now, but you can feel the history in these older spaces.”

Dabbling in this space requires a broker to be not only a salesperson but also a historian, Groome said. Some more architecturally-inclined clients will want to know whose pen brought each space’s bones to life in the first place. Although the task may seem daunting, she said she’s come to identify certain architects by floor plans alone.

“Your clients expect you to know this,” she said. “It’s like being a lawyer, you have to know a little bit of everything.”

Tamarkin Company, an architecture and development firm, found good bones for an apartment in an unusual place: a century-old private school on the Upper West Side. A landmarked building with a brick and limestone façade, 555 West End Avenue will feature 13 high-end condos with ceilings 12 to 20 feet high, massive windows and hardwood floors.

With a starting price of $8 million, these newly-minted units are a far cry from fixer-uppers, but the term “good bones” still applies, Cathy Taub, the head Sotheby’s broker for the development, said.

When it comes to pitching these units, one of which is a penthouse that features a gymnasium converted into a great room with a soaring glass dome ceiling, Taub said they do a lot to sell themselves. However, she said, it’s important to make sure buyers know exactly what they’re getting, especially in a distinctive space.

“We want to focus on what’s special and unique about the architecture and what distinguishes this particular property from another that a buyer might consider,” she said. “These characteristics are quite obvious at 555 West End Avenue, but they are not always so pronounced in other buildings.”

Berger and his team have scouted out good bones in Uptown Manhattan and Park Slope, Brooklyn, stripping out warrens of small rental apartments to make way for high-end condos.

DNA first executed this game plan at an eight-unit building at the corner of 6th Avenue and 4th Street in Brooklyn, which it transformed into five condos with an elevator. Now, the firm is attempting to do the same thing at 346 and 350 West 71st Street, turning the collection of single-occupant apartments into 38 luxury condos.

Berger said it’s important to have experienced architects with a clear vision, but ultimately the success of a building comes down to its layout.

“You can replace widows and floors and roofs, but if a building just doesn’t have the right dimensions inside, it’s not going to work,” he said. “You need to be able to wipe the slate clean.”
Virginia Tupker, a renowned architect, said the opposite can also be true.

For an apartment renovation that she recently oversaw at 201 West 16th Street, Tupker said it was the hardwood floors, crown and base moldings, and the expansive windows that spoke to her in the Haussmannian Parisian apartment.

“I find the most success when the soft features on an apartment are able to play off the hard features,” she said. “To me, it’s the details of the building, the windows, the floors and ceiling heights that make up good bones.”

As New York real estate values continue to climb and diamonds in the rough become harder to find, Taub said sound buildings will always have an advantage. However, she notes, that doesn’t mean the bones have to be used for their original purpose.

“In a market where buyers have options, spaces that have a second life tend to have more compelling architecture that is not found in new ground up construction,” she said. “The buildings that have this second use are more interesting from an architecture and design point of view with higher ceilings, unique windows and grand spaces.”