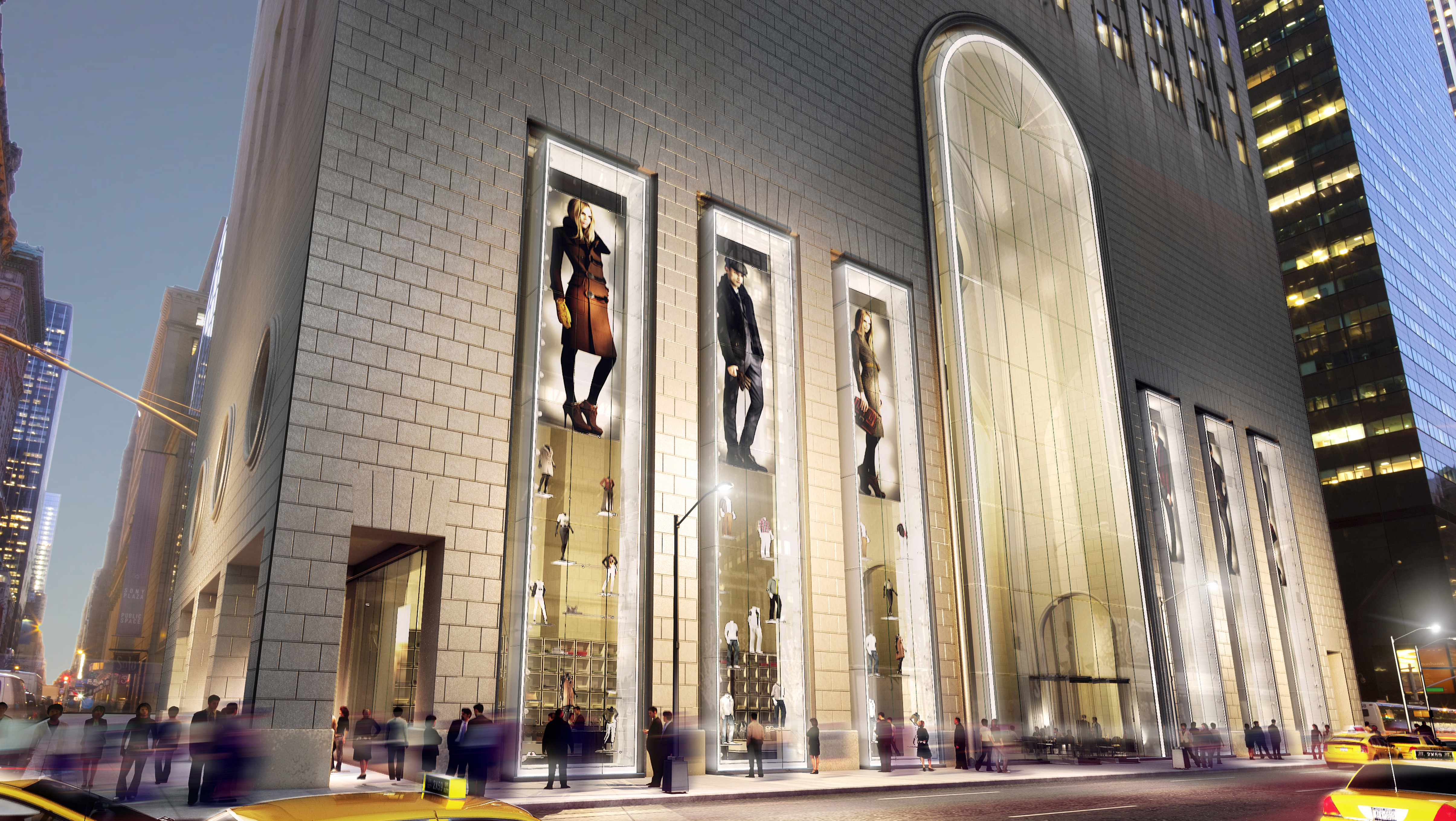 The Chetrit Group has tapped RKF to bring 25,000 s/f of retail space at the former Sony Building at 550 Madison to market.

Sony will relocate from its U.S. headquarters space at 550 Madison Avenue in early 2016. The company is set to take over a 525,000 s/f lease at 11 Madison Avenue, where it will occupy the top 10 floors of the building, as well as the rooftop overlooking Madison Square Park.

Chetrit — which led the consortium that paid $1.1 billion for the 37-story tower — is converting 550 Madison Avenue’s former office space above the 14th Floor into high-end condominiums, while the space below will become a luxury hotel run by Oetker Collection Masterpiece Hotels.

This will be the hotel group’s first offering in the United States and New York City.

The 25,451 s/f retail space on the ground floor has been occupied for nearly two decades by Sony, which has closed the bulk of its retail stores in the United States.

The retail spaces’ redesign will offer brands impressive frontage on Madison Avenue and along the existing covered pedestrian space between 56th and 55th Streets.

”We’ve seen strong movement on this stretch of Madison Avenue as retailers have recently demonstrated a renewed interest in the area. The 50s on Madison Avenue have consistently skewed to the higher and ultra ends of the market, and this is a once in a generational opening for the right brands to stake their claim,” said Futterman.

“The history of this iconic building and its planned transformation into ultra-luxury condominium residences and a hotel above the retail will give us an unparalleled opportunity to curate a sophisticated retail and cultural mix that will fit within the latest evolution of the Plaza District.”

According to Futterman, one of the most compelling aspects of the opportunities at 550 Madison Avenue is the featured cultural space, on the second and third floors, which has been pre-slated and specifically designated for educational use.

Up until recently, Sony utilized the space to showcase their Wonder Technology Lab, an interactive exhibit and museum. The space will now be available on a long-term basis to any retailer that takes space in the building or to other non-profit tenants.

“We envision many synergistic opportunities as we plan out the right tenant mix for these spaces. We are pursuing a varied group of retailers, including menswear, jewelry, high-end apparel, luxury automobile showrooms, museums and other cultural non-profits,” added Bellantoni.

“All of the retail spaces in the building have supreme exposure and access to dense foot traffic from area office workers, tourists, and residents. We are excited to be the first to bring these great spaces to market.”

Madison Avenue in the 50s has become a beacon for menswear and luxury brands establishing flagship retail presences within the area’s seven-day-a-week foot traffic.