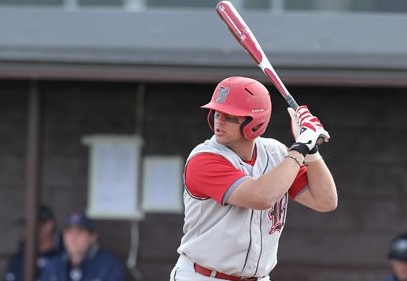 In the winter of 2012, Matt Colantonio was living a double life. Then an associate at Massey Knakal, he had professional goals that went beyond deal sheets and commissions. As the weather grew warmer, he traded in his suits for chest protectors and shin guards, continuing a lifelong chase for a spot in Major League Baseball.

“I didn’t know whether baseball was going to be my career for ten more years, 20 more years,” Colantonio said. “I wanted to start using my education and I knew I wanted to get into some kind of internship that I could work at every off-season. So if baseball didn’t work out, I could dive right in to that job.”

Colantonio, who was drafted a year before by the San Diego Padres, was set to start his second year as a professional baseball player for minor league team, Fort Wayne Tincaps.

Instead of working out during the off-season, he was scouring the job boards of his alma mater, Brown University, for an entry point into the real estate industry. 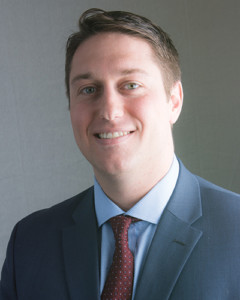 “Maybe I was just using real estate as a job to be in so that I was in some kind of job outside of baseball. But the following years, that was when I really started to get interested in real estate and knew that it was something I really wanted to do,” he said.

Colantonio said that he was an anomaly among his peers in baseball. Many of his teammates operated with a single-minded goal of reaching the majors.

Colantonio, now an investment sales broker at Schuckman Realty, said that real estate wasn’t always his preferred landing spot. Before the 2011 draft, he was flirting with the idea of working for a hedge fund in Boston. He got the idea to enter real estate from a former Brown University teammate, who joined the industry after college.

His two-pronged existence went on for a few years, until it became necessary to make a choice. “That off season (in 2015), I told myself that I’m either going to get a job in the big leagues with Cleveland, who I was with at the time, or I’m going to give baseball up and dive into real estate,” he said.

“I knew that I couldn’t go years with one foot in each. To be successful, you’ve got to put everything in wholeheartedly. I couldn’t do both and keep going. There are guys who hang on to baseball for years, and years and years.  With my background, I couldn’t afford to do that. I couldn’t waste the degree that I earned and the connections I had through college by trying to draw out a baseball career that likely won’t happen.”

Colantonio said that moments of wavering are rare, and he ruled out coming out of retirement.

“A lot of people think that it’s just a game that guys play, but professional baseball is a job. We’re overworked in baseball. The games are at around seven o’clock at night. You get to the field around 1pm. Your game ends at around 10pm or 11pm. You’re at the field or the clubhouse working out until around midnight. You get home around 1am. Go to sleep for a little bit then you’re back on the field. It’s not like you’re playing a game and that’s it. It’s a 12-hour a day time commitment. It’s very serious,” he said.

“When I got out of baseball in 2015, I was ready to be done. I was in the minor league for four years. I was having a blast. I was meeting awesome people and playing with great guys. I was doing some cool things and I worked my way up a little bit… But towards the end of the career, when you see it winding down, you’re like, ‘Man, maybe I’m not going to make it.”
Colantonio’s competitive drive has since been redirected towards closing deals. His recent transactions include the $17.5 million sale of 92 Main Street in Yonkers and DeJaneiro Stores’ retail lease at the Mobil Building in Midtown.

“That’s what real estate is, it’s hustling. You can’t sit at your desk and have people call you. If you sit there waiting for the phone to ring, nothing’s going to happen. You’ve got to outwork other brokers. That’s what the name of the game is,” Colantonio said.