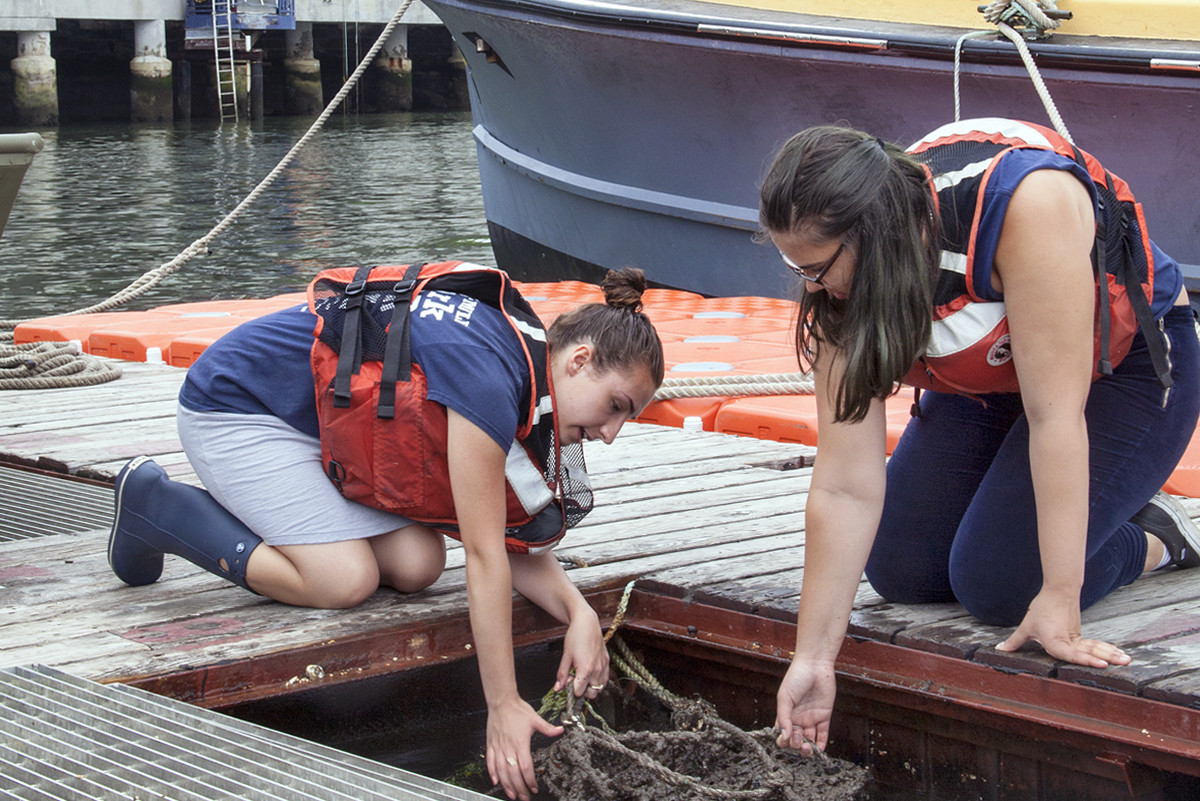 A former U.S. Coast Guard dormitory on Governors Island has been converted to a school for marine sciences.

The MAST Center trains high school students pursuing careers in the fields of aquaculture and the marine sciences. JC served the SCA as architect, interior designer, and structural engineer for the new center.

The project team converted the former U.S. Coast Guard building into an education and research facility that serves both students and researchers.

The project follows the architect’s design for the 2010 conversion of the former U.S. Coast Guard barracks and medical clinic on Governors Island into the current location of the Urban Assembly New York Harbor School.

The Urban Assembly creates and supports unique, small public schools that are open to all students, scales up promising programs, and partners with hundreds of organizations in the private, public, non-profit and higher education sectors.

The maritime programs of the Harbor School are supported through funding provided by the New York Harbor Foundation, a non-profit organization dedicated to improving the condition of, and promoting access to and education about, New York Harbor.

The aquaculture program at MAST center includes an on-site oyster hatchery, operated as a part of a long-term effort to produce 10 million oysters annually to help restore the marine life ecosystem in the New York Harbor area.

The hatchery is a part of the Billion Oysters Project (BOP) a large-scale plan to restore one billion live oysters to New York Harbor over the next 20 years and, in the process, train thousands of young people in New York City to restore the ecology and economy of their local marine environment.

DVL Consulting Engineers served as the mechanical, electrical, and plumbing (MEP) engineer and Positive Electrical Associates, Inc. was the general contractor for the project.