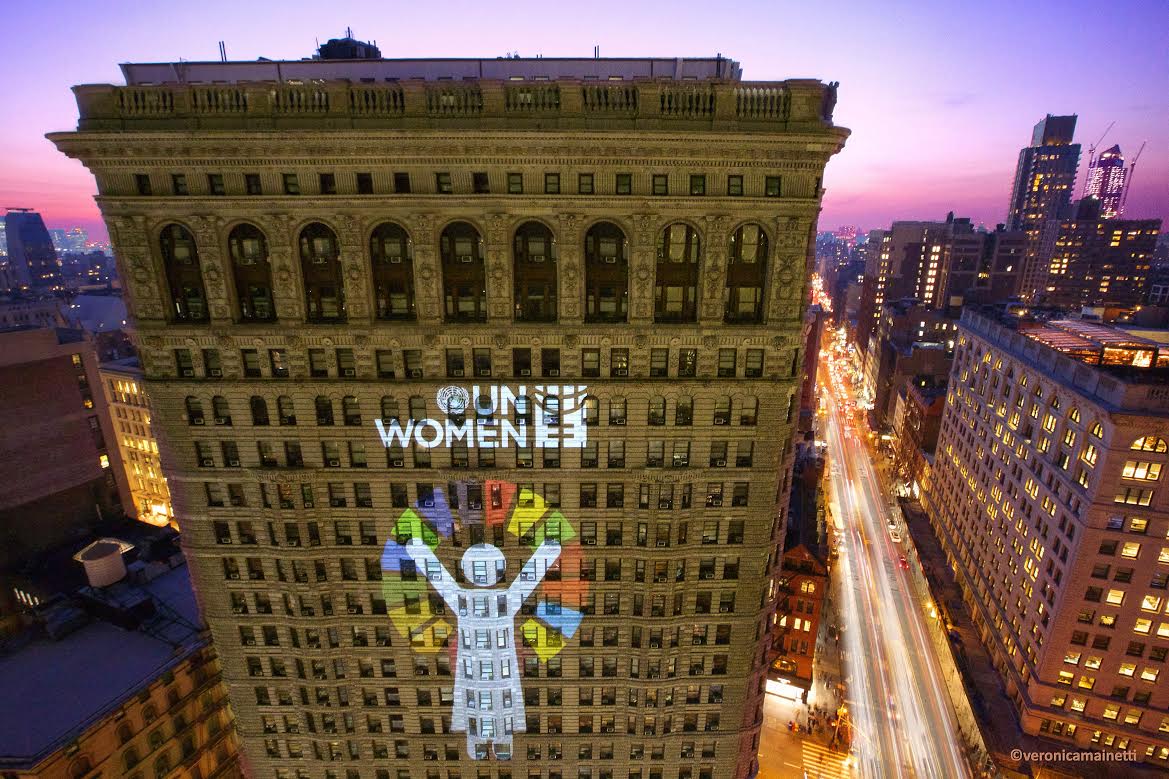 In partnership with UN Women and their goal for gender equality and the empowerment of women, Sorgente Group of America will raise awareness for International Women’s Day by projecting the ‘Planet 50-50 by 2030: Step It Up for Gender Equality’ UN Women’s logo onto the Broadway side of the Flatiron Building, between 22nd and 23rd Streets. The image will be projected from Madison Green Condominiums located on East 22nd street.

“It is an absolute honor to be a part of such a vitally important project,” said Veronica Mainetti, President of Sorgente Group of America. “I am passionate about UN Women’s goals for gender equality and the empowerment of women, and I am thrilled to raise awareness for this important issue through projecting the ‘Planet 50-50 by 2030: Step It Up for Gender Equality’ logo on the iconic Flatiron building.”

The Flatiron Building is owned by the Sorgente Group of America and the Gural family.  The Flatiron Building was completed in 1902 and was designed by architect Daniel Burnham. It is a beloved symbol of New York City and has inspired numerous works of art, including photographs by Alfred Stieglitz and Edward Steichen and a painting by Albert Gleizes.

“Memo of understanding” needed for 421a says Korngold