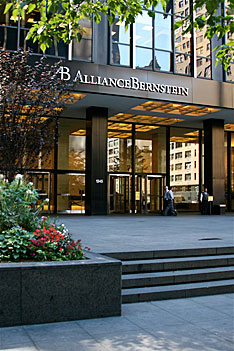 Fisher Brothers has tightened its grip on two office buildings on the edges of the Midtown office district.

Along with the Rockpoint Group, a Boston-based private equity firm, Fisher Brothers announced last week that they had acquired an approximately 50 percent interest in 1345 Avenue of the Americas and 605 Third Avenue in a joint venture.

In late December, Fisher Brother sold its construction subsidiary, Plaza Construction, to China State Construction Engineering Corporation Limited. At the time, Steven Fisher said that the firm would be focusing on its core business, real estate and development.

Recently, the firm has moved into residential development, with projects under development including 123 Greenwich Street, 222 East 40th Street, and 101 Murray Street in Manhattan. In the nation’s capital, it is developing a mixed-use site with 375 residential units, 20,000 s/f of retail space and 309 parking spaces.

Also known as the Alliance Bernstein Building, 1345 Avenue of the Americas is a 2.2 million s/f, 1969 office building that was renovated in the late 1980s. It is also home to the Ziegfeld Theatre and the restaurant, Osteria del Circo.

605 Third is a 1.1 million s/f office tower that boasts proximity to Grand Central Station and the United Nations.