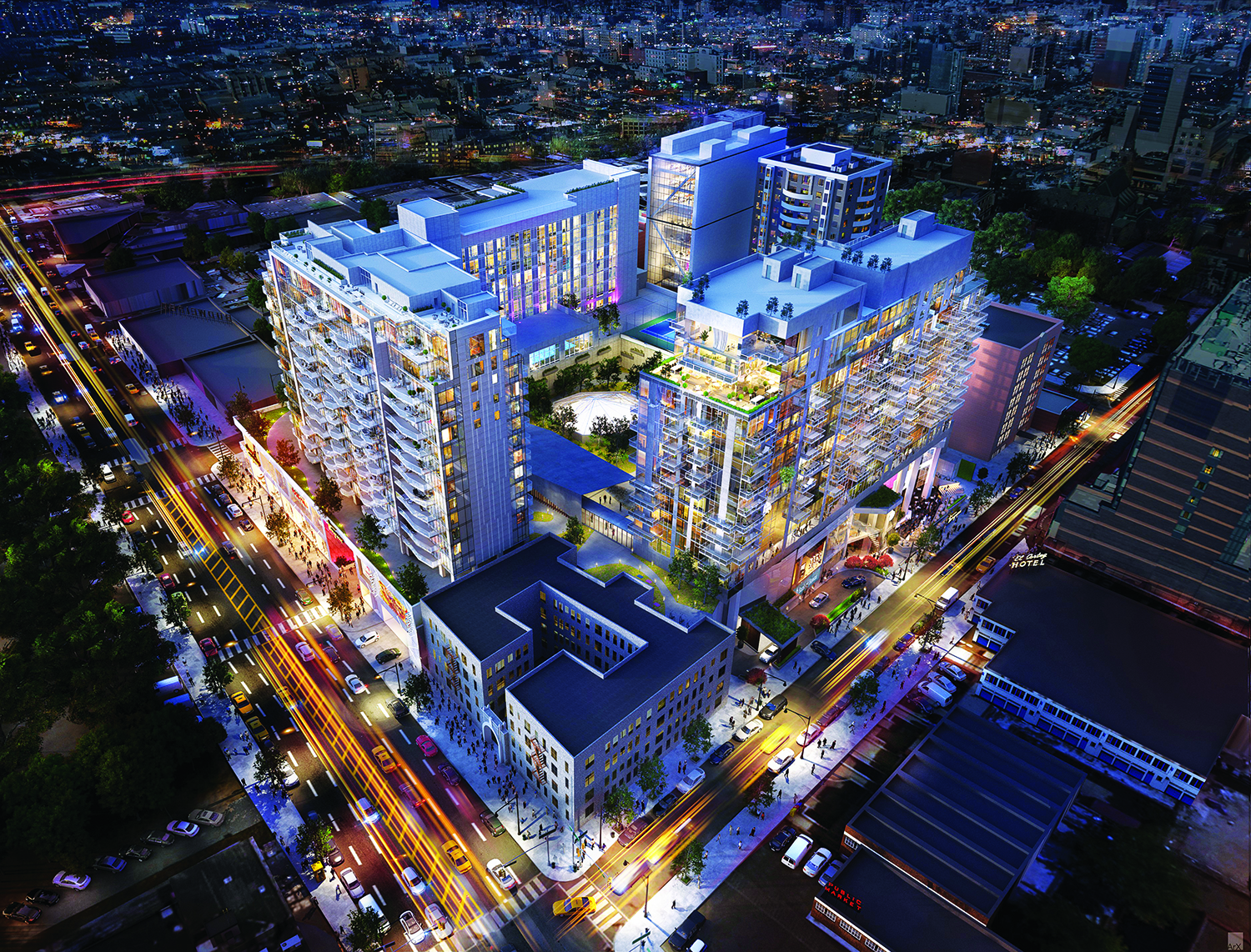 Tangram House West, the final piece of the 1.2 million square foot Tangram mixed-use development in Flushing, Queens, has officially topped out at 13 stories, with sales slated to launch late this spring.

Located at 37-09 College Point Blvd, Tangram House West will introduce 132 luxury residences ranging from studios to four-bedrooms, including a collection of penthouses.

The building is designed by Margulies Hoelzli Architecture and features a glass façade punctuated with a series of undulating balconies.

Crafted by architect and designer Jean-Gabriel Neukomm, the interiors bring eastern sensibilities to western design culture.
In addition to having Tangram’s retail, dining and entertainment right at their fingertips, residents will also have access to an array of exclusive amenities and services, including an 8,000 s/f health and wellness club, a one-acre garden with a 3,500 s/f teahouse-inspired Pavilion, a Japanese sand garden, and a space for outdoor fitness classes.

Tangram is a development inspired by the traditional Chinese dissection puzzle “tangram,” which consists of seven flat pieces called tans.

Just below the collection of 324 private residences across Tangram House West and Tangram House South, Tangram offers 275,000 s/f of retail in a multi-level space alongside a sky-lit atrium.

The development is also home to curated food and beverage offerings, including Flushing’s first beer garden and a culinary food hall.

The project also includes the 48 office condos at Tangram Tower that is 80 percent sold. Closings at the office condominium are slated to begin later this month.

“We are thrilled to celebrate such an important milestone at Tangram House West on the heels of incredibly successful sales at our first residential condominium offering, Tangram House South, which is already more than 95 percent sold with homes being delivered in early summer,” said Helen Lee, executive vice president of F&T Group, which is developing Tangram with SCG America.