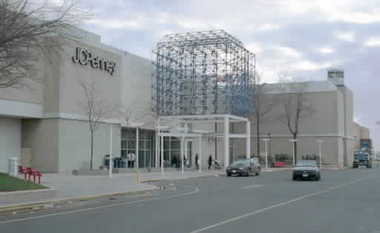 One of the last remaining parcels of early 20th century farmland in New York City has become available for a long-term lease.

Located on Staten Island, less than a mile from the Staten Island Mall and in the center of one of Staten Island’s largest housing developments, the lot encompasses a 50,739 s/f parcel of commercially zoned (C1-2) real estate along an eastern stretch of Richmond Avenue in the community of New Springville.

“There are only a handful of prime, visible streets on Staten Island that are advantageously suited for banks, retailers, restaurateurs or strip-malls,” said Jon Salmon, president of Salmon Real Estate, which is marketing the site.

“Richmond Avenue and Hylan Boulevard are in the forefront when it comes to the most sought-after opportunities, but availability of lots as large as the Chrampanis Farm has become a rarity. If you want to be in the commercial core of the Island, this is the ideal property.”

The land is part of the former Chrampanis Farm, which in its prime covered 50 acres in the Bulls Head and New Springville sections of Staten Island.

Purchased in 1919 by Greek natives Anthony and Peter Chrampanis, and Costas Talumbos, the property is being offered for lease through Staten Island-based Salmon Real Estate by descendants of the Chrampanis family.

The property runs street to street from Richmond to Steinway avenues, with over 250 feet fronting the commercial corridor of Richmond Avenue. The asking price for the land lease is $450,000 per annum.