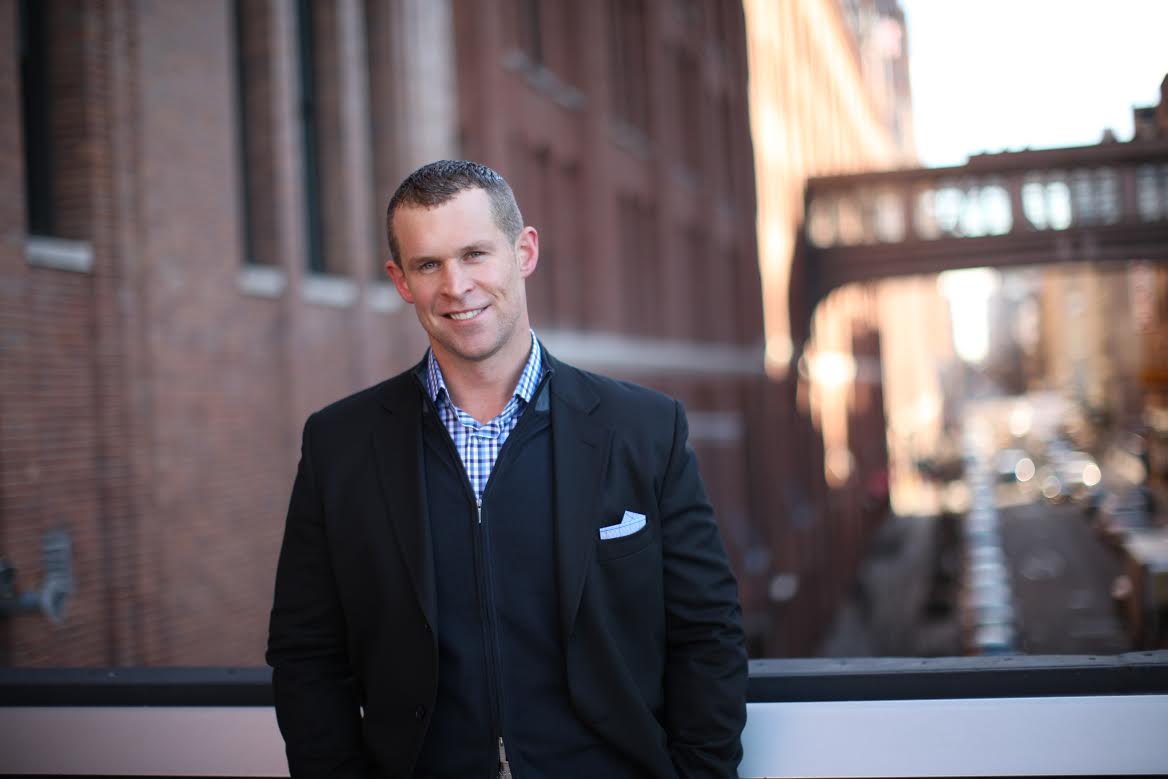 If you can’t stand the heat, get out of the kitchen.

Miles, who moved to Douglas Elliman in September from TOWN, where he spent nearly four years working in new development and resale, is a California native who grew up in the Central Valley, in an area he called “cow country.” His grandfather owned a dairy.

As a child in a small town, he was fascinated by the prospect of a big city – in his case, that city was San Francisco, where his mother would often take him to visit.

“I was fascinated by the architecture, the energy, and the culture,” said Miles. “I was close enough to the city to realize there was a whole other world out there.”

After deciding to leave his business studies at California State University – Stanislaus early, Miles headed to the big city.

“I went (to college) knowing all along that I was going to have my own restaurant and it was going to be fabulous and in San Francisco,” he said. “I went because it was what I was supposed to do and expected by my parents
“I’m smart and studies come easily to me, but I knew life awaited me in San Francisco. To my parents’ dismay, I went to San Francisco and knew I’d learn everything I needed to learn.”

After arriving, he quickly went on to work at some of the best restaurants in the city, including Farallon and Rubicon, training as a captain and wine steward. Though he was successful and enjoyed the business, he got burned out working long hours.

“I was really adept at managing clients and it turned out to be a really good thing for me when I ended up in real estate,” he said.

He moved to New York City and began working for global restaurateur Daniel Boulud while also moonlighting as a personal trainer at Equinox to make ends meet. Soon after, his then-boyfriend and now good friend Reid Price, who was an agent at Elliman, told him he might have a knack for residential real estate.

“He said to me something I’ll never forget — ‘some off the best brokers come from hospitality,’” said Miles.
With his knowledge of managing clients and their needs, and knowledge of architecture, Miles began to see that he might be right.

“Funny thing was, I was always extremely passionate about architecture and design, but never saw it as something I could do, it seemed above me and it seemed like there was some special way to get into it, and I never thought it’d be an option for me,” he said.

Miles stopped everything and obtained his license, starting out working on new development projects with Price at Corcoran Sunshine for a brief period, then moving to Brown Harris Stevens for nearly three years, where he also worked on new development. He followed that up by moving to TOWN.

While working in new development he also had a focus on resale, learning both in tandem.

“I found that I loved it,” he said. “The thing he (Price) told me and that I tell everyone getting in to the business, is that the best way you’re going to learn something is to pick a neighborhood, learn it like the back of your hand, be an asset to people and know it better than they do. If you know that, you’ll pick up clients.”

Miles focused on Chelsea, which was also the location of the office he was working from at the time, as well as the neighborhood he has now lived in for ten years. He began working on new development deals and found it to be a “very natural, easy thing.”

“It was like an a-ha moment where I thought, why wasn’t I always doing it? Because I thought I couldn’t,” he said.

Some of his proudest moments in his career so far include holding the record (for a while) for the highest price p/s/f deal for a non-penthouse downtown, which was a unit at Related’s Superior Ink building in the West Village. That apartment traded for $4,200 p/s/f in 2011. The record was later usurped when units at Chelsea’s Walker Tower began trading for $6,000 p/s/f.

He still holds the current record for the highest price for a 20-foot wide house; 45 East 74th Street on the Upper East Side, which sold for $26 million to a Chinese billionaire last November.

“That was a highlight for me,” he said. “I had so many top agents calling me and emailing me saying I’d never get more than $22 million, so I was very happy with that, even though it took a month to negotiate.”

But he says he considers surviving the economic crash of 2008-2009 as his biggest milestone.

“I became a better broker because of it,” he said. “I learned the art of negotiation, dealing with people at their worst, dealing with what was generally their primary asset. I think that’s what set me up to be where I am today. People can step in in good times and do really well; it’s really how you do during bad times.”

Miles characterized his four years at TOWN, where he was the very first agent, as a “great experience.”

“I left because my business was growing and one of the most important things in today’s climate, is that your clients and sellers want to know what you’re doing globally, not just locally, and that really got me to start wanting to be with the number one firm that was doing that,” he said. “And with the Knight Frank alliance happening, it seemed like perfect timing.”

Miles, who joined Elliman in early September, has projects in the works that include a project in Lower Manhattan that will be launching in 2015, and a boutique development that he is currently working on. He couldn’t disclose any more details for either project yet.

Though he spends most of his time working, in his free time, he loves to entertain; a carryover from his time in the restaurant business. He pushes himself to explore neighborhoods and activities he’s not done before.

“I just want to continue to learn,” he said of the future of his career. “I think one of the biggest things in this day and age is being relevant and being an asset to a client. Being necessary and needed throughout the process. I’m always growing and learning, it’s hugely important to me, and I want to grow my brand over the next five years.”