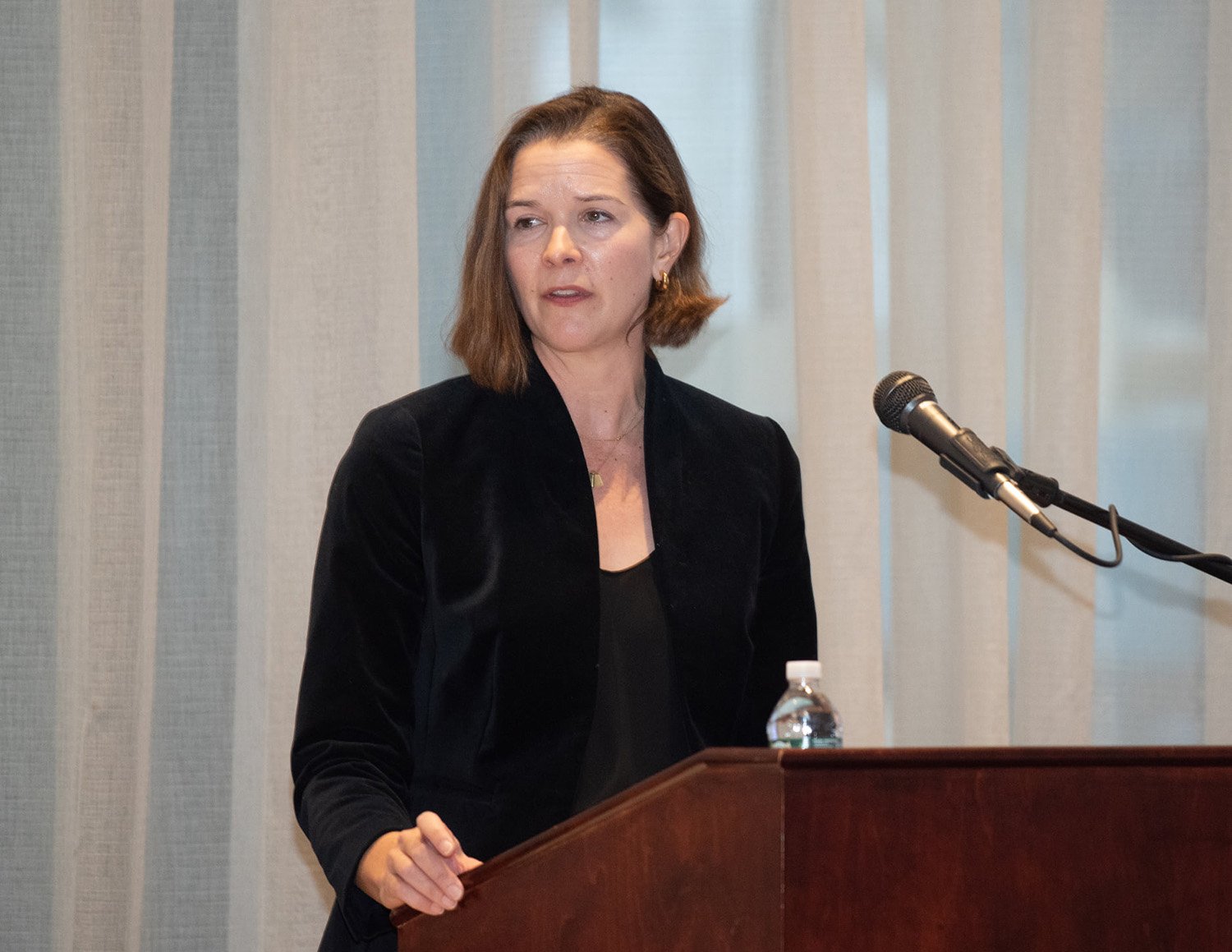 With funding from the government’s recently approved $1.2 billion infrastructure package, Arnaiz said New York is poised to build back bigger and better.

And with major employers consolidating their operations in the city, she said the construction industry has a vital role to play in the city’s re-emergence from the COVID pandemic as a smarter, safer place to live and work.

“Companies are cementing their commitment to New York City from Google to Tik Tok to Regen Lab. It’s time to reimagine our future and jump start our economy,” said Arnais, who served as the keynote speaker of the event held at Club 101.  “If I’ve learned anything over the past year, it’s that we cannot have good economic health without public health.”

Topics included the use of data to optimize safety and efficient project delivery; sustainability;  advances in transportation and; the renewed focus on hiring within communities where construction is taking place.

Phillip Ross, Anchin partner and Leader of their Architecture & Engineering and Construction Industry Groups, said: “The construction industry is…becoming more sophisticated through the use of building technology and big data, which informs smarter, safer and more efficient project delivery, and these projects are transforming skylines as well as providing new opportunities in our neighborhoods.”