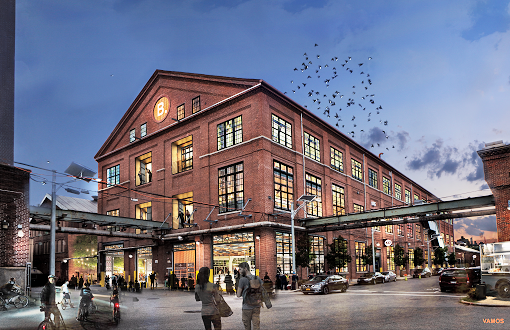 Dutch business incubator B.Amsterdam is opening a location at the Brooklyn Navy Yard.

B.Amsterdam, which oversees product design, hardware and tech companies, will open a 100,000 s/f facility in the complex. The company aims to provide European startups with an entry point into the New York City market. The Brooklyn Navy Yard site will be the incubator’s first location in the US.

“B.Amsterdam’s flagship U.S. site at the Brooklyn Navy Yard will connect the Brooklyn and greater New York business communities with dynamic product design and tech  companies across Europe, and foster innovation and collaboration at the Navy Yard. We look forward to working with B.Amsterdam as their startups grow and become significant employers at the Yard,” said David Ehrenberg, President and CEO of the Brooklyn Navy Yard.

B.Amsterdam currently has two locations. Its arrival in New York is due to a partnership between the deputy mayors of New York City and Amsterdam. Last May, American companies Motaword and Dynamite Labs opened in Amsterdam.

“B.Amsterdam’s new Navy Yard hub will become a launching pad for new businesses across the five boroughs. The start-ups and spinoffs that start here will translate into good, living-wage jobs for New Yorkers. We are thrilled our partnership with the city of Amsterdam is driving innovation and growth on both sides of the Atlantic,” said NYC Deputy Mayor for Housing and Economic Development Alicia Glen, who announced the deal with Kajsa Ollongren, her Dutch counterpart.

B.Amsterdam plans to renovate its space early next year. Once it’s operational, the facility is expected to create 500 jobs. This will bring the city closer to its goal of generating as much as 16,000 jobs in the Brooklyn Navy Yards over the next five years. Other business in the complex include Brooklyn Brewery and WeWork.