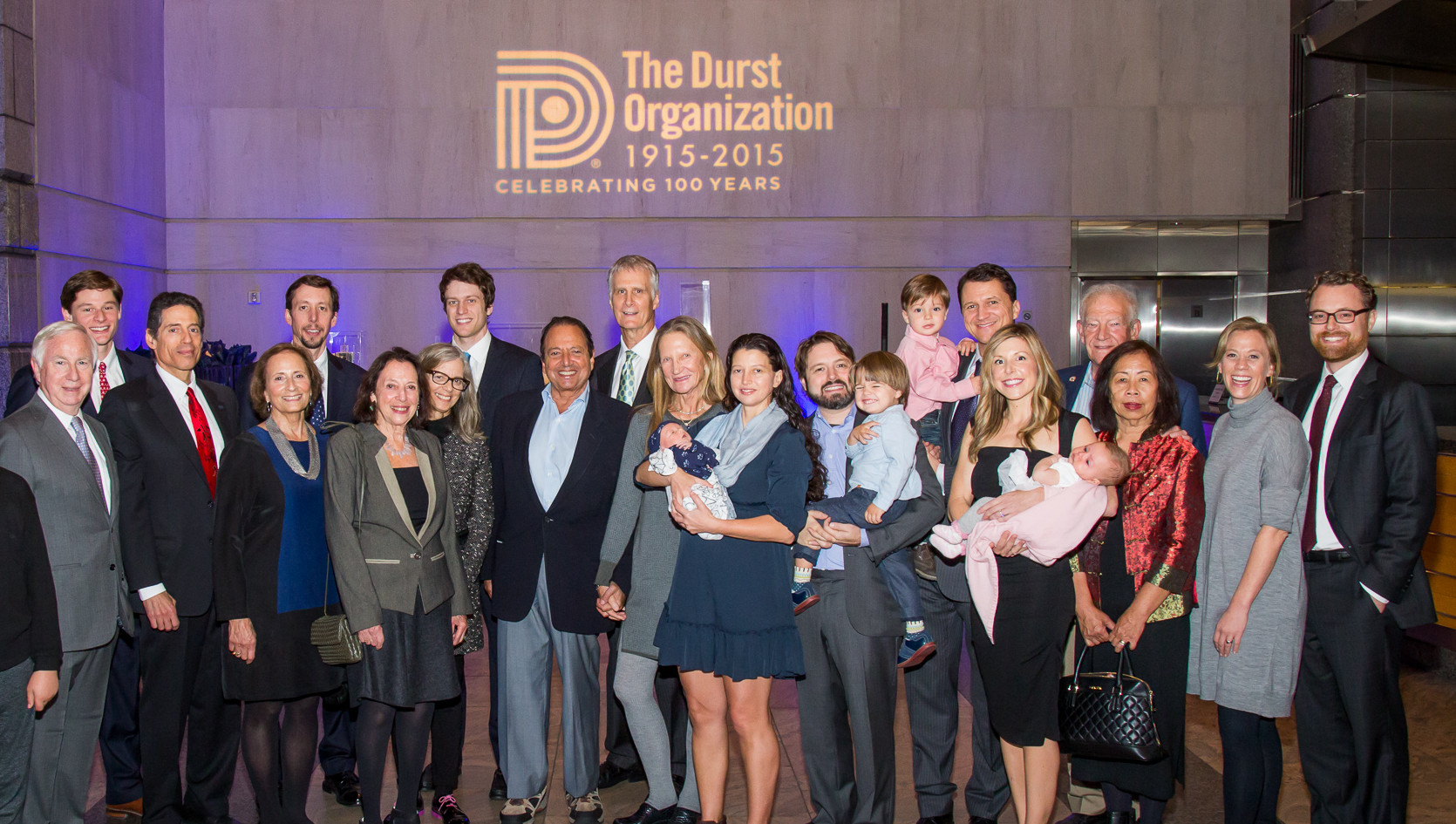 The Durst Organization hosted a reception last night (Wednesday) commemorating its 100-year anniversary in the lobby of 4 Times Square.

The exhibit, which opened on August 26th, takes visitors through the history of both New York City and The Durst Organization from the turn of the 20th Century to present day.

“My grandfather, Joseph Durst would have delighted in sharing our family history with New Yorkers and all the City’s visitors. We have been blessed by New York City for a century and we look forward to contributing to the architecture, development and culture of our City for the next 100 years.”

The exhibition traces the history of New York City over the last 100 years and the role that The Durst Organization has played in the development of New York City’s skyline. It recounts the story of Joseph Durst and his progeny from immigrant tailor, to clothing manufacturer, to real estate trader to his family’s transformation of Third Avenue in the 1950 and 1960s and their innovative and trail brazing construction and development of sustainable buildings.

Displays include rare photos from the company archives, time lapse videos and architectural models from Emery Roth & Sons midcentury skyscrapers, to One Bryant Park and Bjarke Ingels’ VIA 57 WEST. Also on display are select artifacts and papers of the “Old York Library,” the personal collection of Seymour Durst, now housed at Columbia University’s Avery Architectural and Fine Arts Library, that tell the history of New York and the Durst family through a unique collection of books, postcards and New York City memorabilia and ersatz.

“And we will close out 2015 with the groundbreaking of our first project outside of Manhattan, in Astoria, Queens. The exhibit is an opportunity for us to commemorate our history as well as share our plans for future development in New York City.”

“I appreciate learning the business from the ground up – it has worked for all of us for 100 years,” said Lucas Durst. “I’m sure that The Durst Organizations portfolio today would make my great grandfather’s head spin. But, I know, if I listen closely, patiently learn the business from my colleagues, and adhere to the values that have defined our business from its inception; my great grandchildren will take the organization to unimaginable heights and celebrate its 200th anniversary.  And I will have left this place better than I found it.”

The Durst Organization, founded in 1915 by Joseph Durst, is the owner, manager and builder of 13 million square feet of premiere Manhattan office towers and 800 residential rental units, 1,150 under construction and 2,200 in the pipeline. The Durst Organization is recognized as a world leader in the development of high-performance and environmentally advanced commercial and residential buildings.