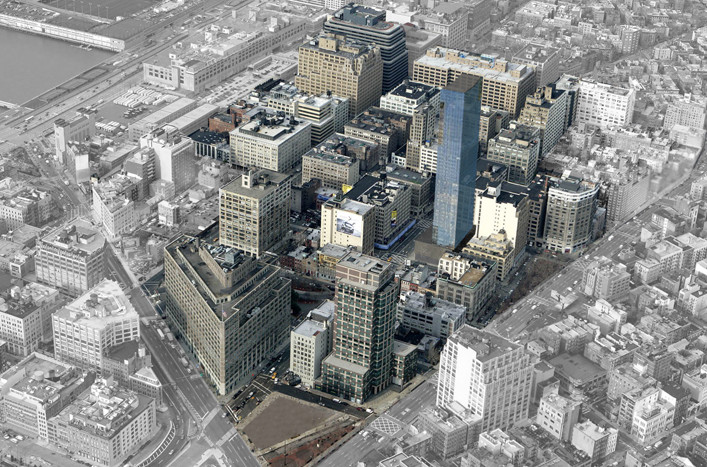 The Walt Disney Company is the latest media conglomerate to pack its bags for a Lower Manhattan move.

Disney has purchased a 99-year leasehold on a group of parcels on Hudson Street from Trinity Church for $650 million. Known as 4 Hudson Square, the roughly 1.2 million s/f building will house most of the company’s New York operations, including WABC-TV, ABC News and Disney Streaming Services.

“This move represents an historic step forward toward our long-term vision for our New York operations,” Disney CEO Robert Iger said in a press release.

“The Hudson Square district is rapidly becoming a dynamic, innovative hub for media, technology and other creative businesses. We are pleased and proud to be joining this exciting community and look forward to investing in the growth and development of the neighborhood.”

Eastdil Secured advised Disney on the deal and CBRE represented Trinity Church. Neither firm responded to requests for comment before press time on Tuesday.

Monday’s acquisition comes as the Los Angeles-based media company prepares to sell its ABC campus on the West 66th Street to Silverstein Properties, a deal reportedly worth close to $1 billion that could close a soon as this week.

A spokesman for Disney said the company has included a five-year lease-back clause in the contract that will allow ABC to remain in its Upper West Side offices until the new headquarters is complete. The company has yet to hire an architect for the project or announce a timeline for the development.

The new campus will include offices and production space for programs such as “Live with Kelly and Ryan” and “The View,” though its seminal morning variety show, “Good Morning America,” will continue to broadcast from Times Square. It will also move its streaming team from its current location in the Chelsea Market to 4 Hudson Square.

It’s unclear how this new property will factor into its pending acquisition of 21st Century Fox, which was recently cleared by the U.S. Justice Department.

It also remains to be seen if ESPN, which is also owned by the Walt Disney Company, will have a presence inside 4 Hudson Square. The Bristol, Connecticut sports network recently built a 21,000 s/f studio in the South Street Seaport and Katina Arnold, spokeswoman for the company, said it has no intention of leaving the space.

“In addition to being LEED-certified for environmental responsibility and efficiency,” Iger said, “the new building will also incorporate the latest technology as well as the ability to adapt to the next generation of technological advances.”

The properties sold, many of which date back to the early 20th century, were part of Trinity Church’s hefty real estate portfolio, which it has maintained since Queen Anne gifted the land to the Episcopal parish in 1705.

“We are excited to welcome Disney to the vibrant and growing Hudson Square area,” Lupfer said. “This is a significant development in Trinity’s centuries-long commitment to this neighborhood and to the area’s continuing growth and transformation. We’re especially pleased that the transaction will help further Trinity’s mission to serve the people of New York City and around the world through our programs and ministries.”

Disney is the latest and largest media company to commit to a move below 14th Street, following Conde Nast, Time Inc., the Associated Press and SportsNet New York, all of which have left Midtown for the Financial District in recent years.