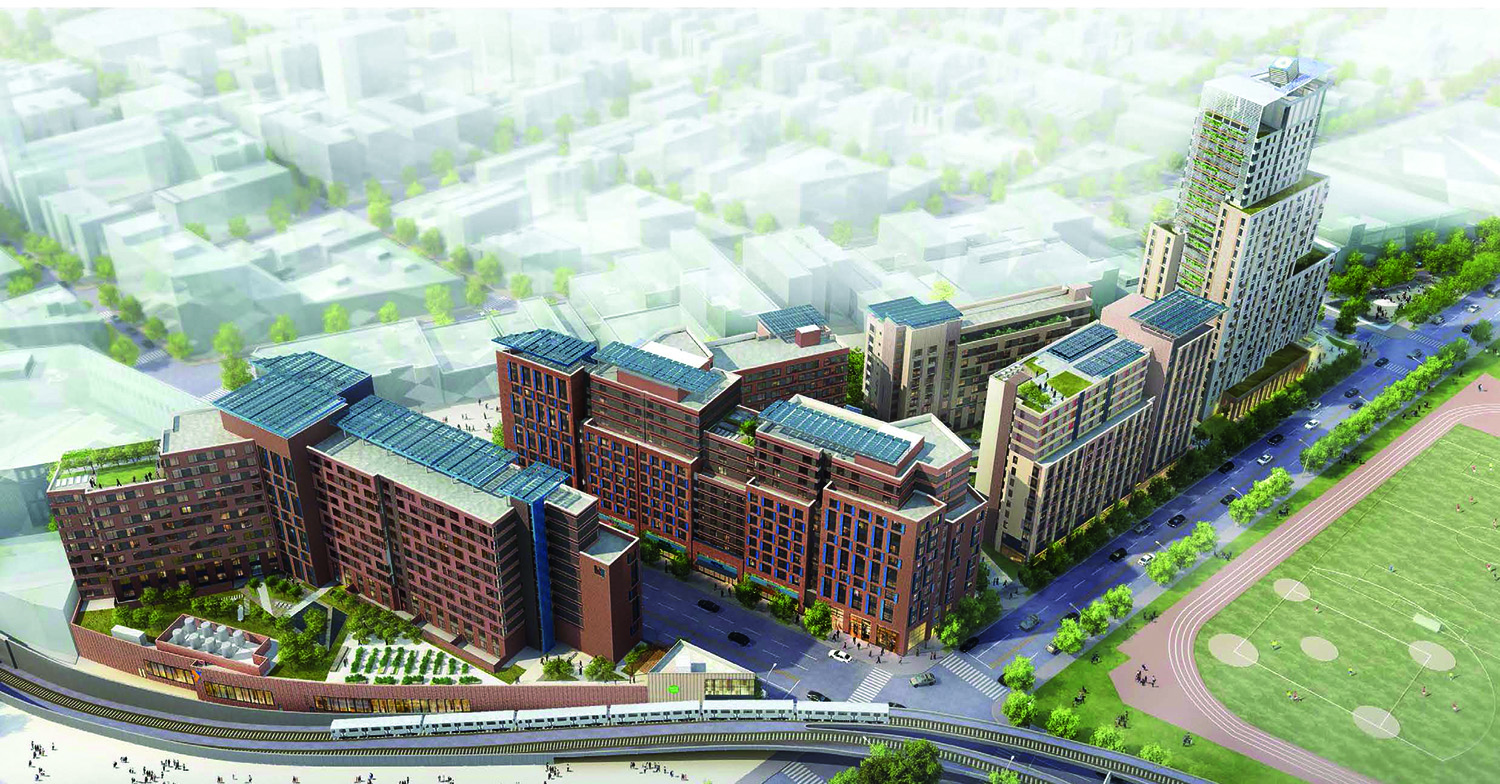 Hudson Companies and BRP have tied up a $335 construction financing package for one of the largest mixed-income projects under construction in New York City.

Work on pahe one of the 1.1 million square feet La Central Development in South Bronx will begin this month, said the developers, who are building the Bergen Avenue complex in partnership with ELH-TKC LLC, Breaking Ground and Comunilife. The $335 million will fund the construction of 556 and 600 Bergen Avenue of the project in the Melrose neighborhood, with completion set for July 2020.

The closing represents phase two of a three-phase, five-building project, the first phase having closed in 2016 and the final phase expected to close by 2019 with a total development cost of close to $600 million.

Public and private financing for construction of these buildings come from a combination of City and State loan programs, more than $100 million in federal Low-Income Housing Tax Credits from Wells Fargo and more than $15 million in New Market Tax Cedits from Citi. Project partners provided additional equity.

“Since this team came together in 2013 to respond to the Bronxchester RFP, our goal has been to leave no square foot unturned,” said Aaron Koffman, principal at the Hudson Companies.

“Housing, education and community engagement were the core principals of our design and we are thrilled to be developing La Central for the South Bronx and transforming a site that has been vacant for decades. We are grateful for our public, private and community partners in making these buildings a reality.”

“BRP is committed to supporting transformative mixed-income, affordable developments.” said Meredith Marshall, co-founder of BRP Companies. “La Central will play a vital role in the future of the community, bringing close to 1,000 affordable apartments and tens of thousands of square feet of community oriented space to the South Bronx.” “La Central is demonstrative of a new era in the South Bronx,” said New York City Council Member Rafael Salamanca Jr. “I was so proud to work to shape this project into one that will greatly benefit the people in the Bronx. ”

The full 1.1 million square foot, 100 percent affordable development will include 992 units of affordable housing, a public skate park and 25,000 s/f of retail space.

Construction of the first phase, a supportive housing facility with 161 units, began last summer and is being developed by Breaking Ground and Comunilife. The final phase buildings are expected to break ground in the next 18 to 24 months.
Apartments ranging in size from studios to four-bedrooms will be available by lottery to households earning between 30 and 100 percent of the NYC area median income through the City’s Mandatory Inclusionary Housing program.
Apartments will have access to almost two acres of private and public open space. The project will include over 600,000 watts of solar panels to power co-generation, providing up to a 50 percent savings on energy and reducing reliance on the area’s electric grid.

The New York City Department of Housing Preservation and Development selected the development partnership through a competitive request for proposals process in 2013 and the New York City Council approved the project through the Uniform Land Use Review Procedure in 2016.