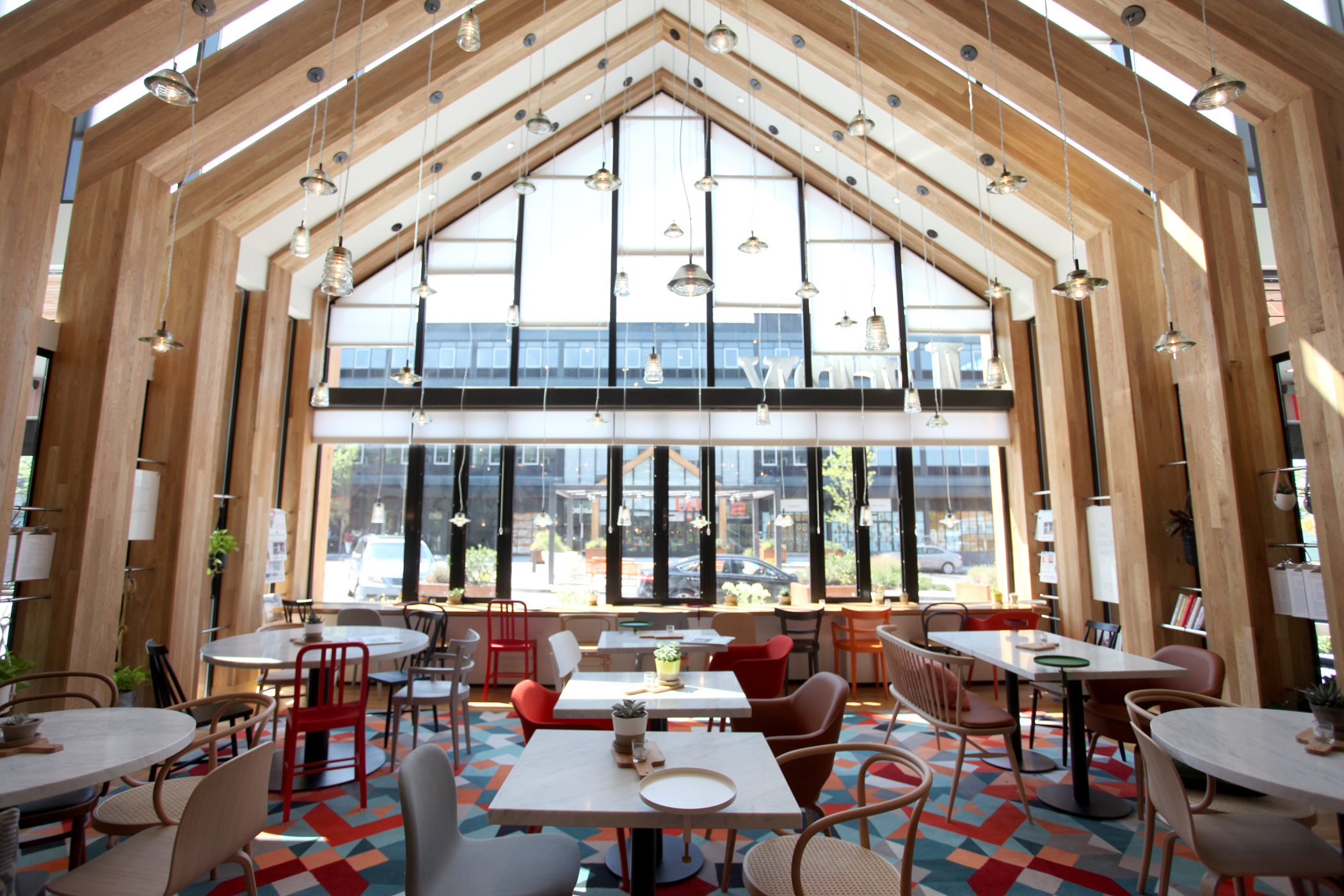 It seems that residential developers in New York City are in an arms race to constantly find new ways to top one another with creative building amenities.

But one building is packing some of the most envy-worthy and, frankly, unheard of features. And it’s located on Staten Island.

Urby, a 900-unit rental development in Stapleton, on the North Shore of Staten Island, is the newest arrival on the luxury rental scene geared toward the hottest trends in new development — energy-efficiency, sustainability, and health and wellness amenities.

The $150 million project masterminded by Ironstate Development, a New Jersey-based development firm that helped develop the Standard East Village and the W in Hoboken, was unveiled to members of the media last week.

Concrete, a critically-acclaimed Dutch architecture and interior design firm that has designed W Hotels in London and Switzerland, as well as CitizenM Hotels around the world, was the architect for the project.

In addition to the residential units, which are split into two buildings, the complex, like a mini-city, will have 35,000 s/f of commercial space, as well as a Coffeed Cafe within one of the buildings, a food and sundries store named Bodega, a 5,000 s/f garden tended to be Zaro Bates, the farmer-in-residence, an outdoor pool, parking garage, communal kitchen, fitness center, and outdoor and indoor lounge areas.

Dave Barry, one of the co-founders of Ironstate, said they are still finishing filling all the commercial spaces, and that they are not looking for “cookie-cutter national chains.”

Commercial tenants that have signed on so far are Surf BBQ & Grill, a 200-seat waterfront restaurant dedicated to live wood fire cooking from Bill Durney and TV host and restaurateur Vic Rallo; Lola Star, an eclectic boutique from Coney Island offering handmade accessories, gifts, and apparel; Carter and Cavero, which sells rare olive oils and olive-related products; and the owners behind award-winning Brooklyn restaurant The Pearl Room will open an outpost at the site.

Urby has quirky touches like an apiary (a collection of beehives) on the rooftop, 20 in total, which are tended by the farmer-in-residence’s partner, Asher, The honey harvest will be served to residents at the Coffeed cafe.

The chef-in-residence, Brendan Costello, has already hosted an empanada-making class for residents. Costello will incorporate fresh produce from Urby’s farm into gourmet meals and host chef tastings and culinary classes. He was previously at Momofuku Ssam and Jeffrey’s Grocery before joining Urby.
The site is nearly complete, and some residents have already moved in after pre-leasing began a couple of months ago.

“We’ve had a lot of support from the City Council and community board, by and large very positive,” said Barry. “I think it will really engage the community once the retail opens.”
The complex, a former Navy yard, is located in an area that has in recent years “fallen on hard times.”
“This is the first step in its revitalization,” said Barry.

He said that there wasn’t as much pushback from the community as in many neighborhoods in the city when a big new development project comes in, because the immediate area wasn’t in great shape, and was “due for it.”

A Staten Island railway stop is located just across the street from Urby, two stops from the St. George Staten Island Ferry terminal, and Barry said the waterfront esplanade built behind the complex will eventually connect all the way to the Ferry terminal.

The transportation is there, but it’s still a bit of a hike to get to Manhattan for residents who will need to commute to the city. However, the developer isn’t worried about that deterring prospective renters.

Barry even compared the area to Bushwick, the rapidly developing neighborhood following in Williamsburg’s footsteps. Though Bushwick doesn’t have the unique views of Urby – from the roof of one of the buildings, there are views of Brooklyn, Manhattan, the Statue of Liberty and even the New Jersey waterfront.

In May, New York City officials officially opened Stapleton Waterfront Park, the waterfront park adjacent to Urby, after almost a dozen years in planning and three years of construction. The $35 million park was built to sustain any possible damage another Hurricane Sandy-level storm could lob at the waterfront.

The pricing for the units, which ranges from $1,640 for a studio to $2,745 for a two-bedroom, Barry justified by pointing out the staggering amount of amenities Urby offers to residents.
“I think it’s priced reasonably. You have to think more about the value you’re getting here, and the amenities built into the price,” he said.

The units were designed by Sally Breer, and include several windows and a variety of built-in storage details. The apartments will each have washers and dryers and keyless entry.

Bates, the farmer-in-residence, has been living at Urby since March. Her apartment is paid for as part of her salary. She is growing 50 different varieties of produce, herbs and plants in the complex’s garden.

Three years ago, through mutual friends, Bates first pitched the idea to Barry about urban farming at a residential building. The Brooklyn native grew up in Carroll Gardens and has found living and working at Urby “exciting and challenging.” She will be staying through this season and next, and then may go on to the other Urby locations in New Jersey.

“My friends love visiting me, they feel like they’re on vacation,” she said. She and her friends took advantage of Staten Island’s abundance of green space and nature and went hiking nearby.

Barry’s firm, Ironstate, is building two more Urby concepts in New Jersey — one in Harrison and one in Jersey City. They are both still in the construction phase.

With so much recent development slated for the North Shore, most notably the New York Wheel, which developers are hoping will be a huge draw for tourists, and Empire Outlets, Barry is hoping that draw will extend to Urby.

“We want to encourage people to come from the waterfront and hang out,” he said.