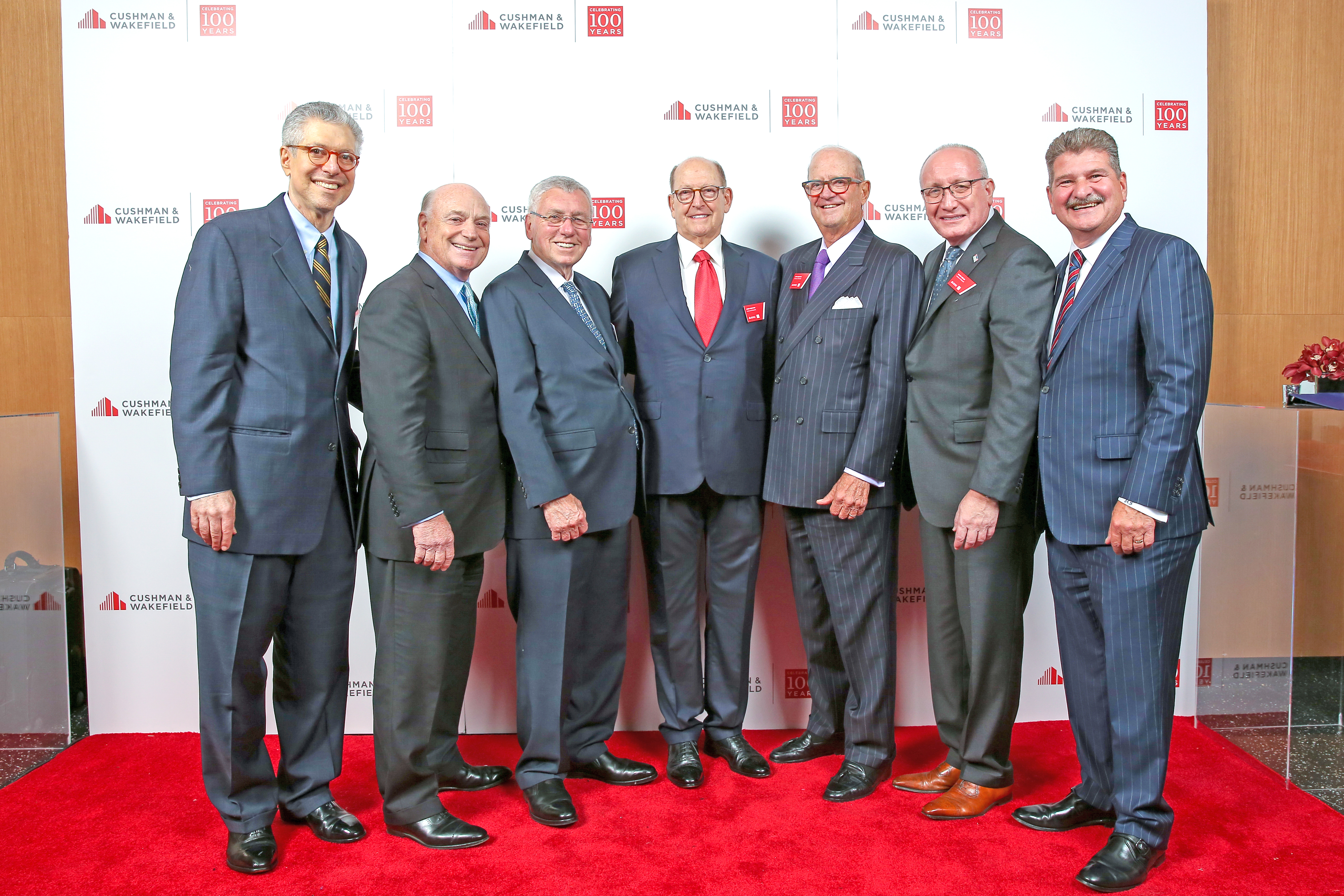 The Empire State Building, One World Trade Center, One Bryant Park, 4 Times Square, and The Helmsley Building lit up in honor of the firm’s founding in New York City.

“New York is where we started 100 years ago, and over the last century Cushman & Wakefield has been involved with so many iconic structures in our home. We had a hand in the innovative Manhattan West, Hudson Yards, the historic United Nations Building, One World Trade Center, and I think every major office building in this city has been touched by Cushman & Wakefield in one way or another,” said John Santora, vice chairman and president, New York Tri-State Region.

“Having been at the firm for 40 years, I am thrilled to be celebrating this momentous anniversary and look forward to what the firm has in store in the future.”

As New York City glowed with Cushman & Wakefield’s colors, the firm celebrated with an event at One World Observatory.

Working with some of the largest firms in the world, the company has become a global industry leader with notable projects such as the United Nations building in New York, the Sears/Willis Tower in Chicago, the Coal Drops Yard in London, and the Duo Towers in Paris.