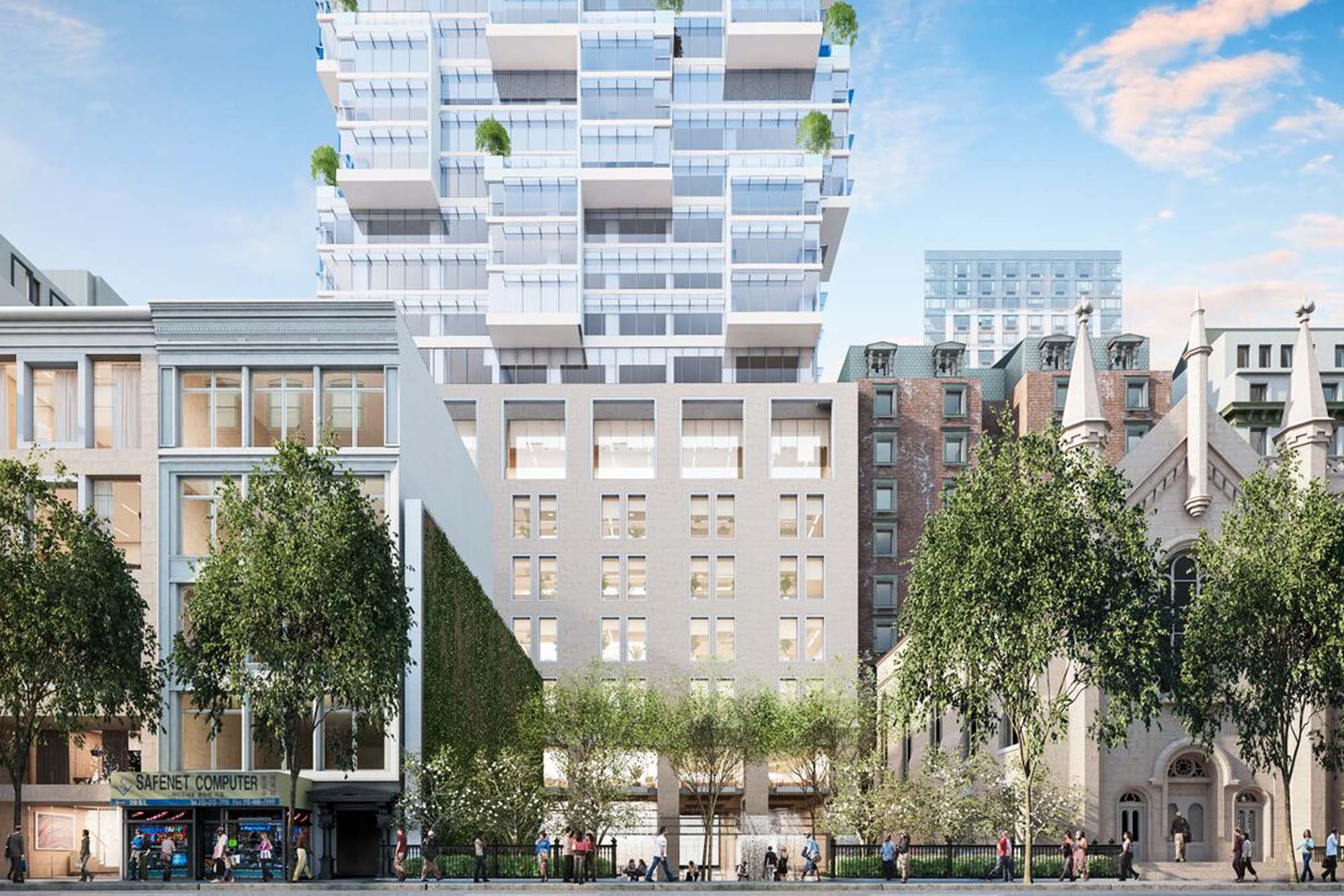 HFZ Capital has filed plans to build a 34-story office tower on the site of the Bancroft Building in NoMad.

The firm, which is developing the site with Collegiate Churches of New York, is looking to build a 551-foot tall tower at 7 West 29th Street, according to documents filed with the city today. The proposed 301,167 s/f tower will be built on a 34,710 s/f lot.

The planned structure will replace the Bancroft Building, a ten-story office tower located at 29th Street between Fifth and Sixth Avenue. The property, built in 1896, was once the home of Alfred Stieglitz’s Camera Club of New York.

HFZ filed plans to demolish the building in 2014, setting off a preservation skirmish with locals. Residents attempted to block HFZ’s plans for the site by starting a petition to landmark the building. The petition also included the townhouses at 9 and 15 West 29th Street.

HFZ acquired the property as part of three-building package for $26.2 million. The previous owner was the Collegiate Reformed Protestant Dutch Church. The planned tower will be designed by Bjarke Ingels Group.