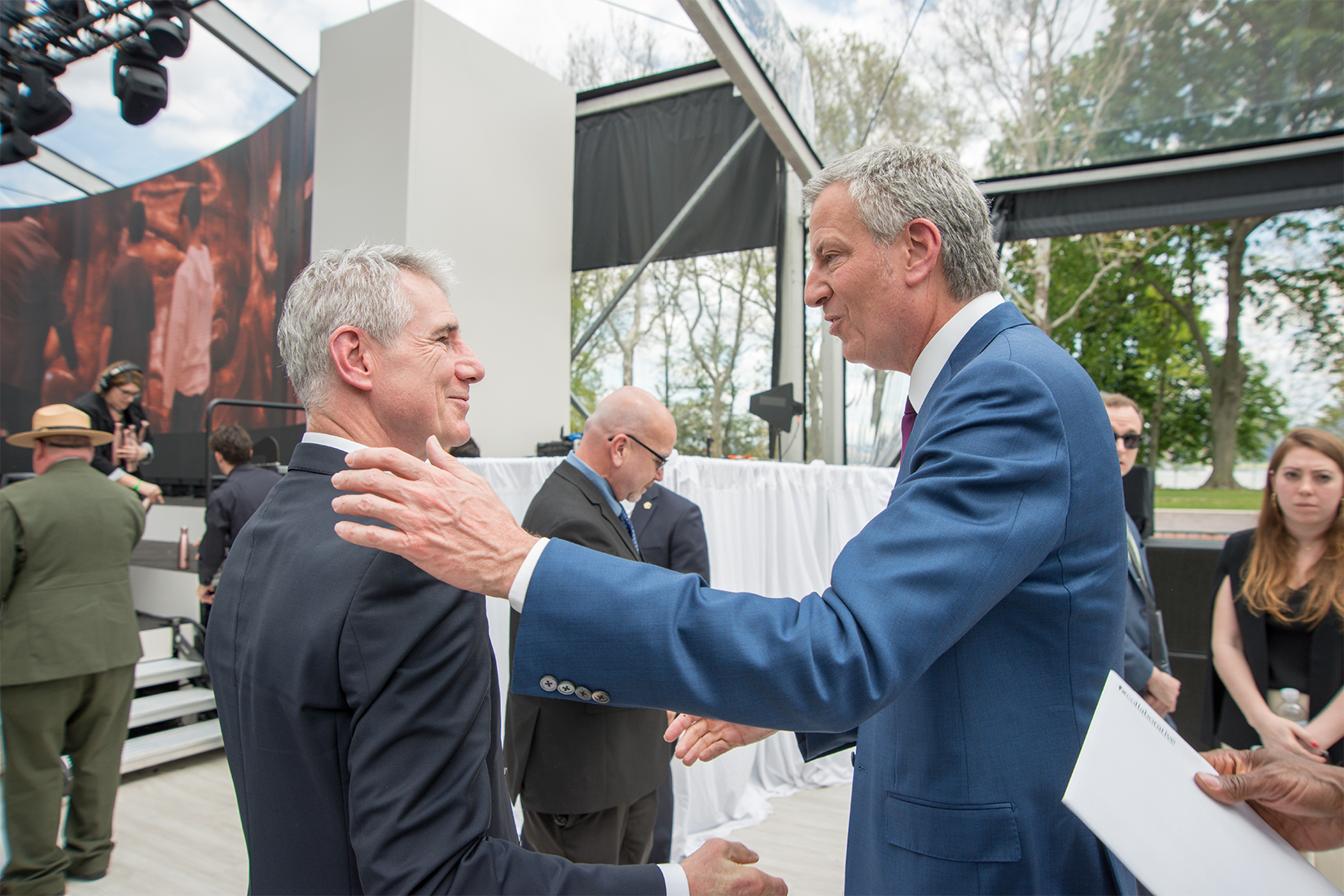 “Starting today, every visitor who comes to Liberty Island will have the opportunity to have a full museum experience, to learn about Lady Liberty’s history and how She still shines as a beacon of hope for all people around the world,” said Stephen Briganti.

The 26,000 s/f museum features three gallery spaces, each one meant to inspire visitors and educate them about the Statue of Liberty in interactive and thought-provoking ways.

The experience culminates with an up-close view of Liberty’s most iconic symbol, her original torch, held high for nearly 100 years.

Rescued from the elements and replaced in 1986, the torch is the most powerful artifact visitors encounter as they reach the end of the museum experience.

The museum roof is planted with native meadow grasses and offers visitors views of Lady Liberty, lower Manhattan, and all of New York Harbor. Access to the museum is free with the purchase of a Statue Cruises ferry ticket to Liberty and Ellis Islands.

The new museum is part of a $100 million Liberty Island-wide beautification effort that’s being funded by The Statue of Liberty-Ellis Island Foundation. The museum was designed by architecture firm FXCollaborative with exhibits created by experience design firm ESI Design. The structure was built by Phelps Construction Group. SBI Consultants served as the owner’s representative coordinating activities among all stakeholders.

“While the Statue of Liberty is one of the most recognizable icons in the world, few people ever get to climb to its crown or get to see Lady Liberty’s face up close,” said Edwin Schlossberg, founder and principal designer of ESI Design.

“Our goal for the design of the museum experience is to immerse visitors in not just the grandeur and sweeping history of the Statue, but also in the very idea of liberty itself so that they leave with a deeper understanding of what it means to them and the active role required to uphold it.”

Nicholas Garrison, Design Partner and Project Director at FXCollaborative, added, “Engaging the park’s formal plan, and in response to its spectacular setting, the island’s landscape is lifted and merged with the architecture to create memorable public space above, and in the Museum space below in a new geology. The building’s angular forms and spaces are shaped by its views and the irregularity of the water’s edge, celebrating liberty.”

“Building a museum on an island presented some challenges, but we could not be any more proud of this new museum we have built,” said Douglas Phelps, President of Phelps Construction Group. “We are honored to have been given the opportunity by the Foundation to build this museum for not only our country, but the entire world to enjoy and learn what liberty means to them.”