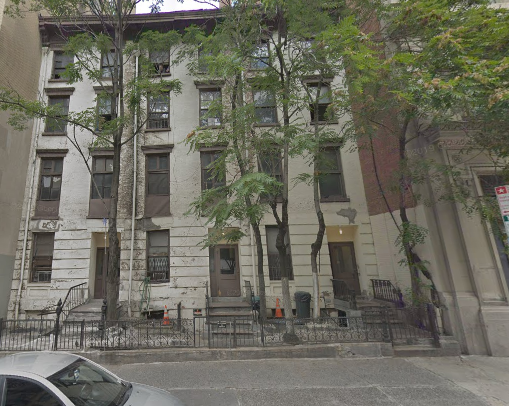 A Chelsea property owner has been ordered to pay upto $8 million to renovate his three rent stabilized buildings so the tenants can move back in.

A housing court judge this week ordered Amazon Realty Group and its principals Clara Sokol and Abraham Lokshin to also pay the tenants $126,000 in damages as part of a settlement under the city’s tenant harassment laws.

“This court decision serves as a warning to owners who fail to maintain their buildings and put tenants at risk,” said Corporation Counsel James E. Johnson. “Property owners who violate the law will be held fully accountable by the City.”

Housing Court Judge Jack Stoller had earlier heard how the city was forced to rehouse the residents of 219, 221 and 223 West 24th Street (pictured top) when their landlord refused to repair water damage, a leaning stair, sagging floors, bulging and bowing walls, and a deteriorated roof.

The building owners Amazon Realty argued that repairing the four-story properties they purchased in 2012 for $4.5 million would cost between $6 million and $8 million.

But the judge rejected the argument and said their neglect of the buildings amounted to tenant harassment.

“The City is focused on keeping New Yorkers safely housed and that includes taking owners to court who harass their tenants. It’s illegal and must end,” said Ricardo Martínez Campos, Deputy Director of the Mayor’s Office to Protect Tenants.

“Every New Yorker deserves a safe place to live,” said Melanie E. La Rocca, Commissioner of the Department of Buildings. “We will always be on the front lines protecting our friends and neighbors from unscrupulous landlords. It is unacceptable they allowed their properties to deteriorate for potential financial gain at the expense of their tenants’ rights, and now they are paying the price.”

The buildings department said the owners will be served with an order to submit repair plans and begin work this summer.