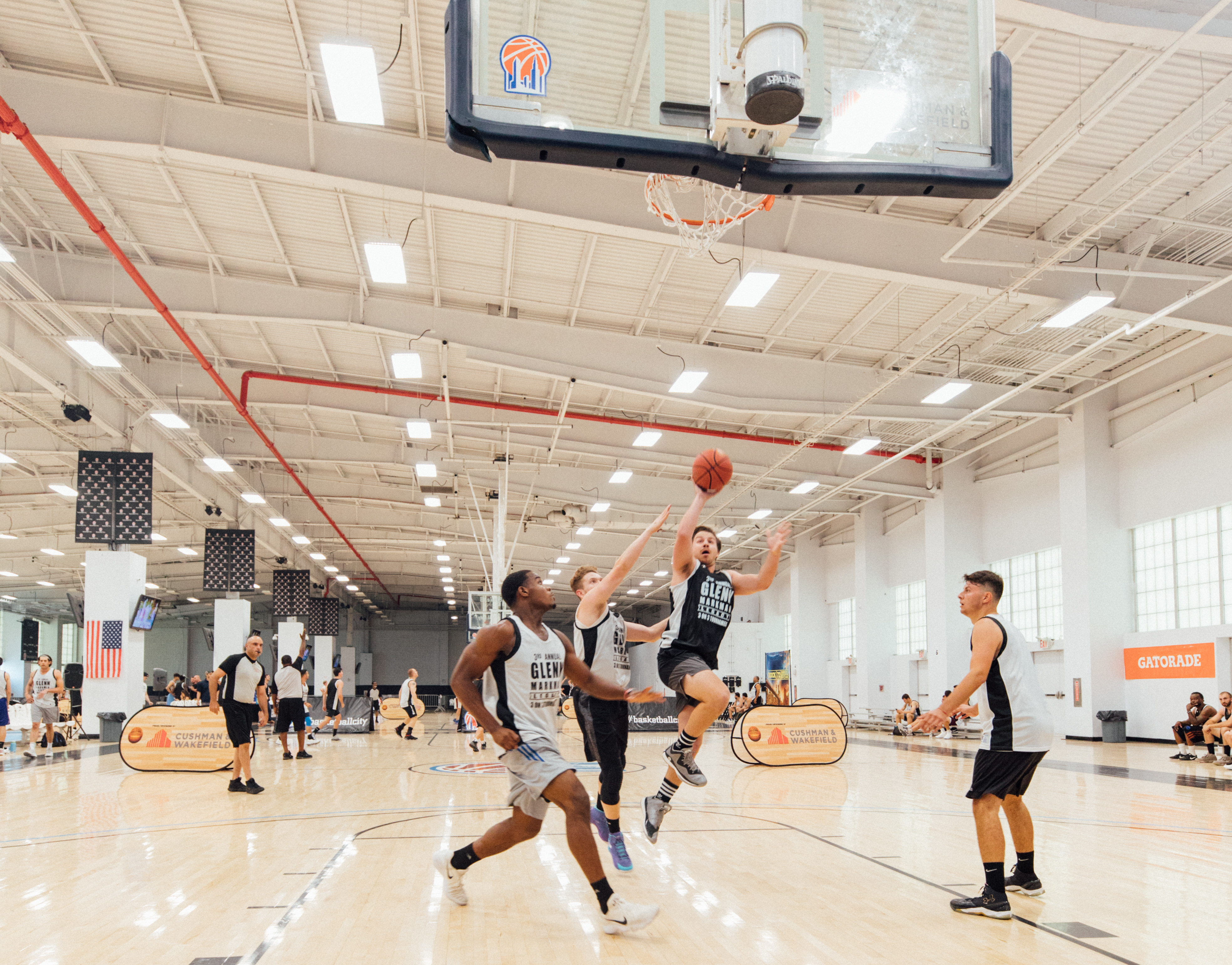 Hosted by Cushman & Wakefield Future Leaders, the tournament pays homage to the company’s late vice chairman, Glenn Markman, who died in 2014 of cancer at the age of 52. Proceeds from the event benefit the Glenn Markman Foundation, which supports arts and athletic programs for kids.

Participating teams were made up of real estate professionals in and around New York City. The tournament took place at Basketball City at 299 South Street in Manhattan.