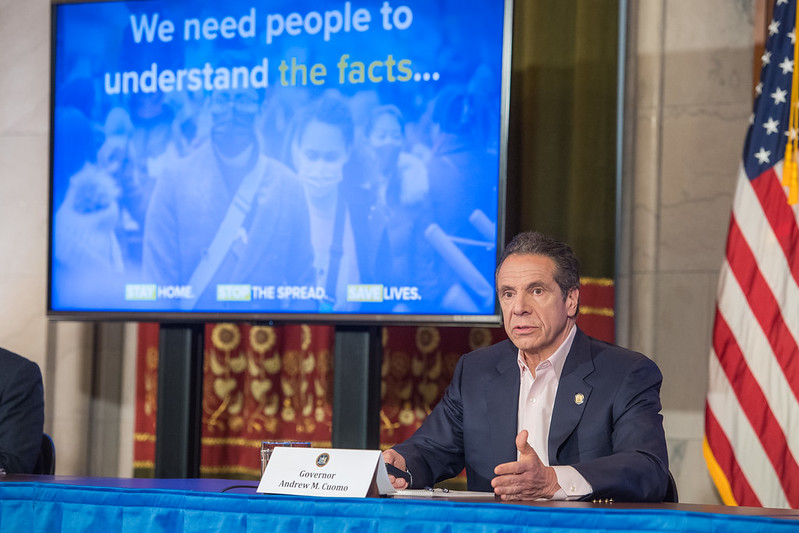 The state will be closely monitoring hospitalization numbers as it looks to start re-opening after May 15, the Governor said during a press briefing Sunday (April 26).

The plan to re-open New York will be implemented in phases and will be based on regional analysis and determinations, said the governor.

Based on CDC recommendations, once a region experiences a 14-day decline in the hospitalization rate, they may begin a phased re-opening.

The State is closely monitoring the hospitalization rate, the infection rate and the number of positive antibody tests, as well as the overall public health impact, and will make adjustments to the plan and other decisions based on these indicators.

“We’re mutually dependent in that what I do can affect your health, but it really comes down to giving everybody the information so people can make their own decision, and the great achievement in this period has been that when people get the facts, and they trust the facts, and they understand the facts, they do the right thing,” said Cuomo.

“We talk about reopening, we talk about re-imagining. Let’s start to put some meat on the bones of what we’re talking about so people understand.”

Phase one of the reopening will include opening construction and manufacturing functions with low risk.

As the infection rate declines, the pace of reopening businesses will be increased.

The governor said that attractions or businesses that would draw a large number of visitors from outside the local area will not be included in the plan for now.

There will be two weeks in between each phase to monitor the effects of the re-opening and ensure hospitalization and infection rates are not increasing.

The plan will be implemented with multi-state coordination, especially in downstate New York.

The phased re-opening will also be based on individual business and industry plans that include new measures to protect employees and consumers, make the physical work space safer and implement processes that lower risk of infection in the business.

The state is consulting with local leaders in each region and industry to formulate these plans.

Last week, a coalition of 109 companies and organizations representing the construction industry told the governors of Northeastern states they were ready to get back to work.

As the governors of Connecticut, Delaware, New Jersey, New York, Massachusetts, Pennsylvania and Rhode Island work together to plan for reopening businesses, the contractors said they have safety protocols and social distancing measures in place to keep workers safe.

“Construction is one of the bedrocks of the American economy and creates millions of jobs nationwide,” said Jim Reilly, owner of Reilly Insulation in Willow Grove, PA.

“The builders, contractors, distributors, and manufacturers signed to this letter stand ready to work with these state governors and health officials to demonstrate that our industry can work safely and get this economy revitalized.”

Around 90 percent of NYC construction sites are currently inactive, according to the Department of Buildings.