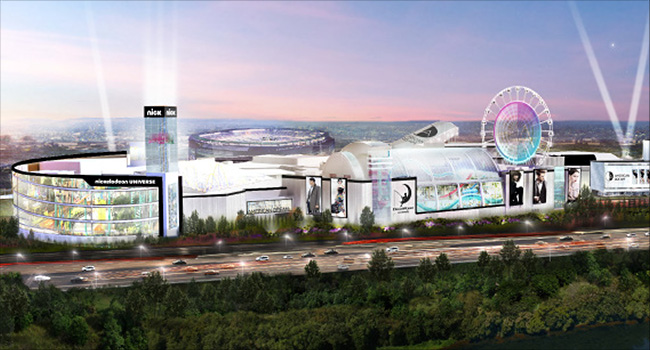 Coca-Cola has signed a partnership deal with the American Dream mall set to open later this year in the Meadowlands of New jersey.

The 10-year partnership with The Coca-Cola Company and its local bottling partner, Liberty Coca-Cola Beverages will integrate Coca-Cola’s portfolio through dining, fashion, music, art and entertainment.

“Coca-Cola is the American Dream,” said Don Ghermezian, President, American Dream. “The Coca-Cola Company is unmatched globally and when two best-in-class brands come together, the possibilities are endless. At American Dream, we are giving Coca-Cola the stage to interact with guests like never before, weaving their products through all facets of our one-of-a-kind community.”

American Dream is scheduled to open in Fall 2019 in East Rutherford, New Jersey, and it will include more than 450 retail, food and specialty shops, along with more than 15 entertainment offerings. The complex will be three million square feet and projects 40 million visitors annually.

“American Dream is a project like no other,” said John Mount, Vice President of Sports Marketing and Region Assets, Coca-Cola North America.

“Our diverse drink offerings translate across cultures, and that matches well with the global audience American Dream will attract. From branded in-venue activations to memorable moments and first-class entertainment, this multiplatform partnership will allow us to connect with visitors in a truly unique way.”

Coca-Cola’s integration throughout American Dream will include hosting events with their network of athletes and celebrities, sponsoring the Social Bubble interactive space and podcast studio, supplying VIP green rooms and a branded dining concept for 800.

Additionally, American Dream and Coca-Cola will partner with local artists to create pieces that will be displayed in branded areas.

Coca-Cola will also create an iconic sign that will be featured on American Dream’s exterior façade.

What to expect when you’re expecting rent regulated returns