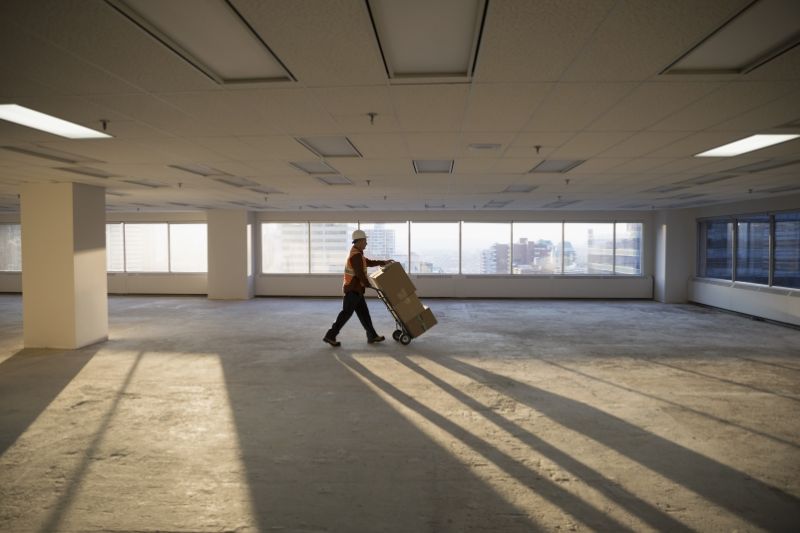 The Department of Buildings has applauded the passage of new legislation approved earlier today by the New York City Council which removes bureaucratic hurdles in the development and move-in process for building owners and occupants throughout the five boroughs.

These new ICOs will not require renewals, cutting red tape for the construction industry while also providing peace of mind to commercial and residential tenants by allowing them to move into a newly constructed space without having to worry about their temporary Certificate of Occupancy expiring. The ICOs will require comprehensive DOB field inspections before they can be issued.

“There’s no time to waste when it comes to helping our neighbors safely move into new apartments or get their businesses up and running,” said Buildings Commissioner Melanie E. La Rocca.

“We are pleased with the passage of this commonsense legislation and look forward to continuing our work with the Council on ways to further streamline the development process while protecting our fellow New Yorkers.”

On December 10, 2020, the New York City Council passed Intro. 2033, creating Interim Certificates of Occupancy also known as ICOs, a new type of temporary Certificate of Occupancy for buildings in the city. Certificates of Occupancy are government documents which indicate the legal use and occupancy of buildings. Through this legislation the Department will now be able to issue ICOs, which do not require renewals, for completed portions of new or substantially altered buildings that are found to be safe for occupancy following a DOB inspection.

Property owners and tenants will now be able to safely and more quickly move ahead with commercial or residential occupancy plans without having to worry about an ICO expiring and creating a major disruption.

Prior to this bill’s passage, a finished space in an incomplete new building or major alteration project could only be issued a Temporary Certificate of Occupancy (TCO), which expired after 90 days.

Once the Department issued a TCO, renewal applications had to be filed every three months until the project was completed, and a Final Certificate of Occupancy was issued. Failure to properly renew the paperwork for a TCO could lead to enforcement actions from the Department.

The new ICOs created through this legislation do not require any additional renewals, which results in substantial time savings for the construction industry. ICOs will also add much needed certainty for developers when securing financing for their projects, and provide assurance to commercial and residential tenants moving into a space relying on an ICO because it means there are no outstanding issues requiring DOB intervention.

“Time is money for small business owners, and this legislation is a gift of time that they can use to jump-start and grow their business,” said Jonnel Doris, Commissioner of the NYC Department of Small Business Services.

“This initiative helps to support the Mayor’s commitment to cutting red tape for small businesses, especially given the extra challenges they are currently facing during COVID-19.”

“In these unprecedented times, commonsense innovations and the reduction of burdensome regulations like this are exactly what our industry needs to help New York City get back to building,” said Carlo A. Scissura, Esq., President & CEO of the New York Building Congress. “Interim certificates of occupancy will reduce paperwork and streamline the development process without diminishing safety. The Building Congress is grateful the City Council and Department of Buildings are advancing this important legislation.”

“The passage of Intro. 2033 creating Interim Certificates of Occupancy is an important step forward for our industry, allowing for efficient processes for property owners, developers and the DOB, while ensuring tenants can occupy space safely and quickly,” said James Whelan, President of the Real Estate Board of New York (REBNY). “We applaud the New York City Council and the Department of Buildings for working collaboratively on this commonsense reform.”

“The consulting engineering industry applauds DOB’s ongoing efforts to improve the efficiency of the regulatory process while promoting safety. In the current context of the public health emergency, and considering the need for economic recovery at this time, it is critical for the City to cut red tape and streamline the development process. We look forward to continuing the engineering industry’s partnership with DOB to promote safety, design excellence, and jobs in the building sector,” said Jay Simson, President & CEO of the American Council of Engineering Companies of New York (ACEC New York).

“BTEA contractors are so pleased that the Department of Buildings worked with the industry stakeholders and City government to bring an Interim Certificate of Occupancy into the marketplace. The ICO will allow for faster occupancy of the types of modern office, commercial and residential properties that will keep New York City at the forefront of world-class innovative construction,” said Louis Coletti, President & CEO of the Building Trade Employers Association (BTEA)

Landlords say supers, cleaners should be among first in line for COVID vaccine