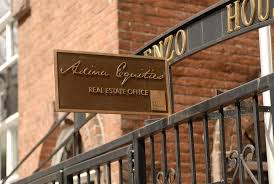 Azarian, who has been in the business for 25 years, brings with her 26 rental buildings that she represents exclusively with approximately 700 units.

She originally worked at a small firm then opened her own brokerage in 2002, Adina Equities, which had multiple locations in NYC, including one on Irving Place.

In 2011, she was tapped to be the first CEO at Keller Williams NYC. She later stepped down from that role and was an associate broker until this week.

“My driving decision to merge with CCR was the opportunity to work with the president of CCR, David Schlamm,” Azarian said. “He is a well- respected industry leader in Manhattan Real Estate and truly one of the kindest people I have ever met. I am honored to be in business with him.”

Azarian is also licensed in the Hamptons, Long Island with Keller Williams but will run her Manhattan business, along with her team, at City Connections Realty as an associate broker.

David Schlamm, founder/president of CCR said, “I have known and have been friends with Adina for over 15 years. She is a smart, ethical and entrepreneurial broker. We are thrilled to have her and her team here with us as not only does she bring a nice book of business but she is well liked and respected in the real estate community.”

Canal conservationists move to Can Factory