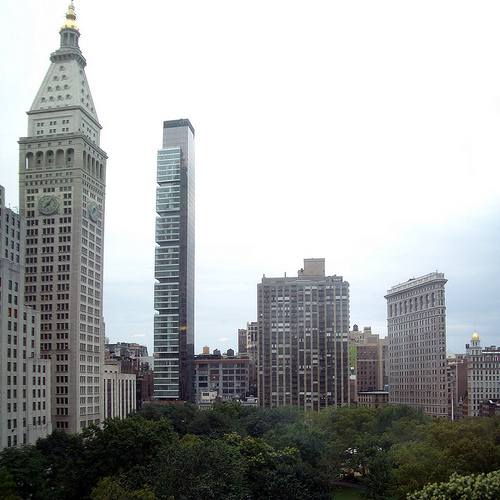 Eichner tower will top One Madison

The residential skyscraper planned for 41 East 22nd Street is getting taller, according to Department of Buildings filings.

The most recent documents, from late last year, describe a 60-story, 765-foot tower that is 75 feet wide at the base and 122 feet wide at the top. Air rights from six neighboring buildings have been assembled to create the fluted tower, which will cantilever over the neighboring five-story residential building at 33 East 22nd.

If completed as planned, the building will be almost 150 feet taller than the Flatiron District’s current tallest apartment building, Related Companies’ One Madison.

The developer is Ian Bruce Eichner’s Metropolis Group, which has been building residential towers in Manhattan since the 1980’s, and also developed a luxury rental building in Brooklyn Heights and the Cosmopolitan Resort and Casino in Las Vegas.

The current structure at 41 Est 22nd is being emptied in anticipation of demolition. Tamarind, an Indian restaurant that occupied the retail space on the ground floor, closed its doors for the last time on December 31, according to the owner, Avtar Walia.

He is focusing his energies on Tamarind Tribeca, which opened four years ago, he said.