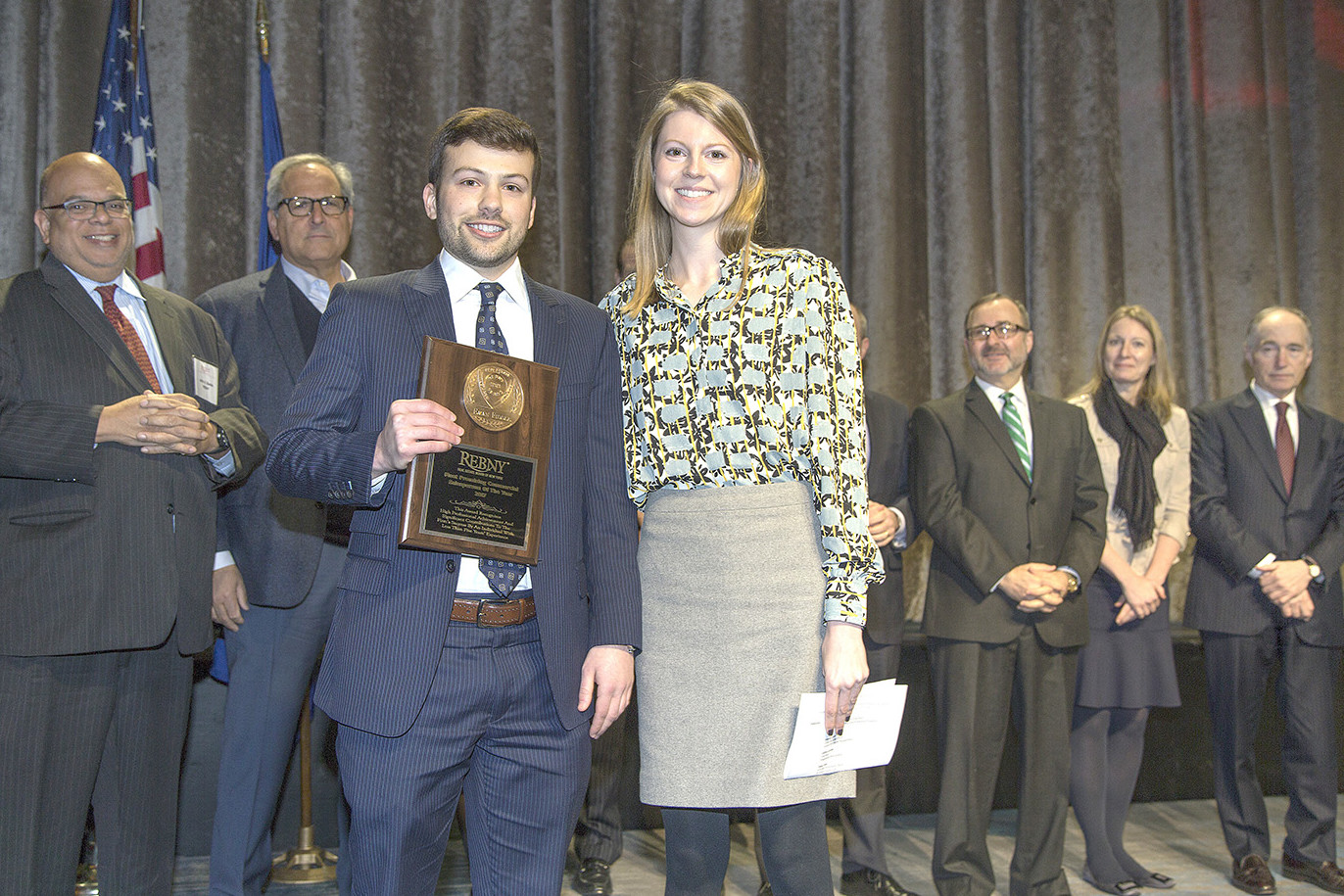 Commercial real estate broker Evan Fiddle of CBRE has been named the 2017 Most Promising Commercial Salesperson of the Year by the Real Estate Board of New York (REBNY) and its Commercial Brokerage Board of Directors.

The stand-out professional was honored at the Spring Members’ Luncheon, which featured a panel discussion on the tax overhaul, foreign investment, interest rates, infrastructure, and development opportunities moderated by Bruce Mosler, Chairman of Global Brokerage at Cushman & Wakefield.

As the winner of this coveted title, Evan Fiddle will be granted a one-year term on REBNY’s Commercial Brokerage Board of Directors and a one-year seat on REBNY’s Board of Governors. He will also become a lifetime member of REBNY’s Circle of Winners.

The runners up for the 2017 Most Promising Commercial Salesperson of the Year Award were: Chad Sinsheimer, Senior Director at Eastern Consolidated; Christine Colley, Director at Cushman & Wakefield; and Connor Sullivan, Associate Director at Colliers International.

The Most Promising Commercial Salesperson of the Year Award recognizes current and potential achievement as well as high moral character and ethical, professional behavior. Candidates for the award must be current REBNY members with less than five years of industry experience, display leadership and team work qualities, and have made significant contributions to their firm’s success.

“Evan is highly-regarded among his colleagues, mentors, and clients for his integrity, professionalism, and dedication,” said John H. Banks, REBNY President. “He is a hard-working team player who has not only excelled in his budding career, but also in his service to his peers and our community. We congratulate Evan on this achievement and applaud all of the finalists on this important recognition in our industry.”

“Evan has consistently demonstrated leadership skills, sound moral and ethical behavior and has contributed to the success of CBRE, evidenced by his 2016 and 2017 CBRE production awards,” said Matthew Van Buren, Northeast Division President at CBRE. “He is the embodiment of the new type of broker – skillfully using social media and other marketing efforts to capture a new audience and solidify himself as the next generation’s thought leader.”