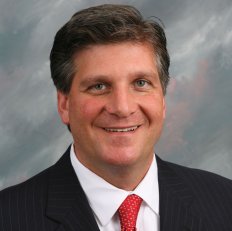 CBRE was recognized for representing GAF, which purchased One Campus Drive, a 377,000 s/f office building in Parsippany, NJ, that will serve as the company’s new corporate headquarters.

The sale marked one of the largest office building transactions in New Jersey in 2013 and was instrumental in retaining GAF’s headquarters within the state.

“Despite a focus on GAF’s cost savings initiatives, we were able to keep a prominent company located in New Jersey by evaluating all options and we’re honored that an organization such as NAIOP recognized all the hard work that went into making this happen,” said Babikian.

“The price for this property on a per-square-foot basis was far below any replacement or new construction cost for a building of this size and quality. This allowed GAF to invest in the space itself to accommodate its specific needs and create a world class headquarters environment.”

Subsequent to the sale, GAF launched a $30 million dollar renovation project, led by Normandy Partners, to bring the building up to current commercial standards and create a LEED certified, Class A headquarters facility.

The design will include a modern, open floor plan set in a collaborative working environment with a broad range of office amenities.

“The major challenge that we faced in this deal, which I think the NAIOP team recognized, was that we needed to secure approval from the municipality for GAF’s intended office and R&D use of the space in a relatively short timeframe,” said Godau.

“In addition, the purchase was arranged by the property’s special servicer through a bid process. We needed to fully understand the competitors to determine if GAF’s bid was high enough to ensure it would be selected, yet remain within the company’s budget. And the team was able to accomplish all this.”

GAF’s approximately 600 employees working at the company’s current headquarters in Wayne are expected to transfer to the new location in early 2015.

The new site will allow for continued growth, resulting in job retention for the state and potential future jobs.