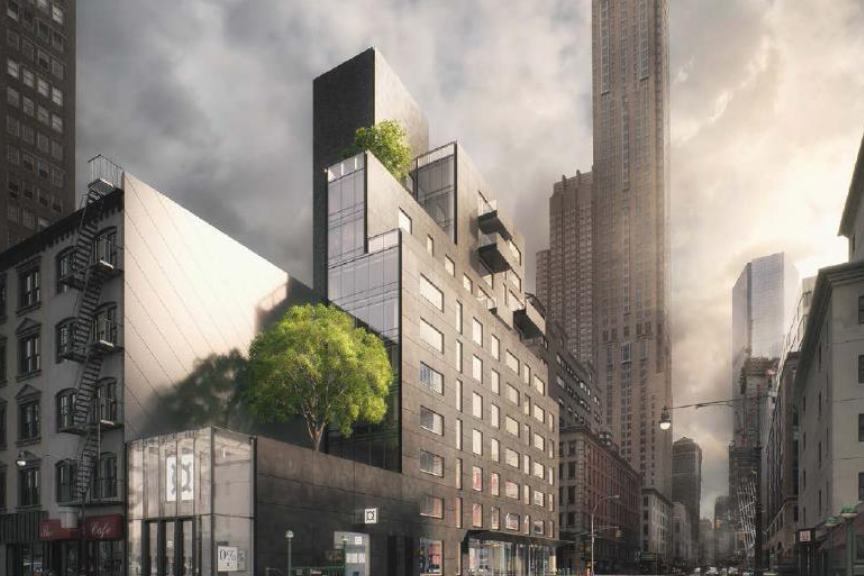 Eastern Consolidated’s Capital Advisory Division has arranged $83.85 million in total financing for the construction of a 12-story, 65,700 gross square foot retail and residential condominium project in Tribeca at 30 Warren Street aka 149-151 Church Street.

“Tribeca is one of Manhattan’s most desirable neighborhoods in which to shop, live, work, and play, and in recent years has attracted over 20 million square feet of new or converted commercial, retail, and residential development.”

Residents will enjoy amenities such as a fitness room, attended lobby, children’s playroom, and storage. Many of the units also will include outdoor space on terraces or balconies.

Cape Advisors has completed over $1.5 billion in development projects. Recent projects include The Watchcase Factory in Sag Harbor, NY, Baron’s Cove in Sag Harbor, NY, 100 11th Avenue and One Kenmare Square in Manhattan as well as numerous properties in New Jersey including The Sandpiper Beach Club and Congress Hall in Cape May, NJ.

Residential and hotel development along Church Street and at the World Trade Center has shifted the center of gravity of Tribeca to the east and south.

This is evidenced in highly successful new developments such as Silverstein Properties’ 30 Park Place – two blocks south of 30 Warren Street – the tallest residential building downtown at 82-stories with 157 condos atop a 189-room Four Seasons Hotel below; 56 Leonard Street – located five blocks north of 30 Warren Street on Church Street; and the revitalized World Trade Center site, including One World Trade, the Calatrava designed Transit Center, and the 9-11 Museum.