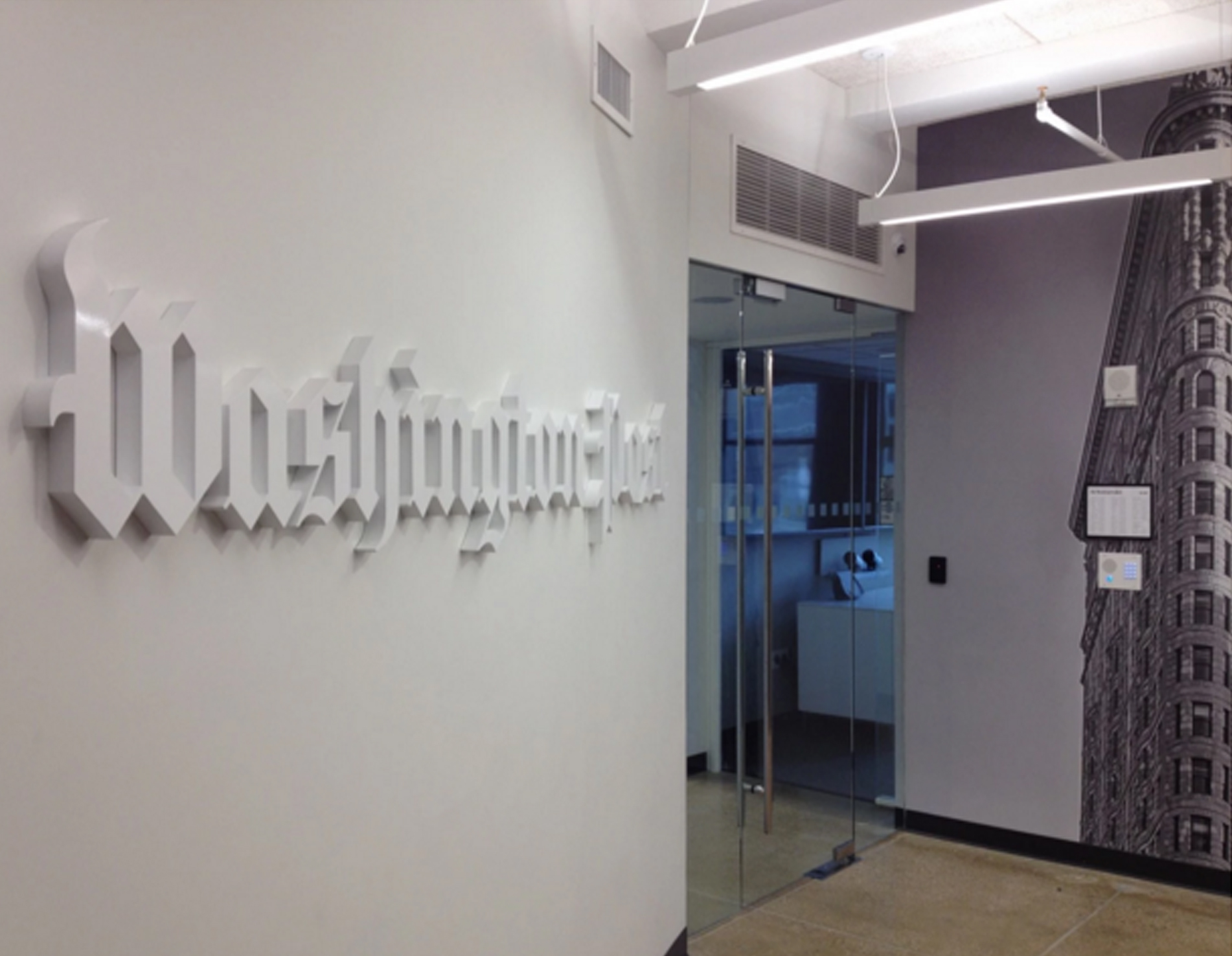 The Washington Post has leased a new office in the Flatiron District, a space that will eventually consolidate two other offices the newspaper operates and become the New York City headquarters.

Earlier this month, the newspaper signed a 10-year lease for the top floor at 20 W. 22nd Street, a 17-story building between Fifth and Sixth Avenues, according to sources. The company has completed a full build-out of the space on the 17th floor, which has a total of 11,910 s/f.

The building’s management company, ABS Partners, would not comment on the terms of the deal, however, according to an online listing from earlier this year, the 17th floor was asking $60 p/s/f.

The Washington Post has two other offices in the city – one in the West Village and one in Midtown, and will eventually move employees from those offices to the new Flatiron office, eventually housing 60 employees across business, news, technology, engineering and design departments.

“The new New York headquarters is the ideal space for our rapidly expanding team.  In the past year we have hired over a dozen of New York’s finest sellers, marketers, engineers, creatives and client services executives, and we continue to grow. This state-of-the-art team will thrive in the new space,” said Jed Hartman, chief revenue officer, who leads The Post’s global sales division, in a statement on the company’s PR blog.

The newspaper took the space to make room for growth amongst its departments, and the sleek offices will also feature a liveshot for New York-based journalists Catherine Rampell, Philip Bump, Renae Merle, and Roberto Ferdman to join broadcast outlets, according to the newspaper.

The Flatiron District has been increasingly popular for media, creative, and tech tenants in recent years, with companies such as Twitter, Kickstarter, Buzzfeed, Yelp, and Facebook all taking space in the neighborhood.