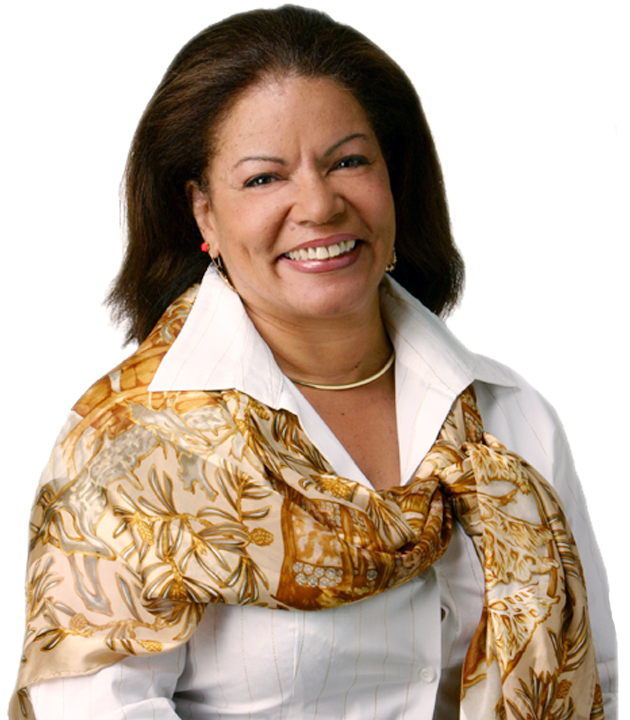 By Holly Dutton
Longtime Corcoran broker Vicki Negron has spent 20 years putting herself at the top of her industry.

A Washington, D.C. native, Negron studied journalism and English at Clarke College before attending Georgetown University and the Wharton School of Business at the University of Pennsylvania.

After moving to New York City nearly 30 years ago, she worked in television, where she “surreptitiously learned about real estate from a friend in TV.”

“My friend said ‘You’d be good at this because you know how to ask people for large amounts of money’.” said Negron. “We laughed about it, but it turned out to be true.”

Negron was the director of advertising sales for cable network A&E.

“Having worked in television allows me to get a very good visual perspective in my career in real estate,” she said. “I know how to make a property look good, and I frame it properly so people can envision themselves in it.”

After a solid career in television, where she also created her own successful children’s show, “When I Grow Up,” Negron realized the stress of working internationally was “just too much” so she focused her attention on residential real estate, where she’s been ever since.

The show, which was picked up by CBS nearly 30 years ago, ran successfully for seven years on the network. The children’s show combined animation and live action.

She started at Brooklyn Landmark Real Estate, which eventually merged with Corcoran, in an era absent of cell phones or computers.

“I went out and pounded the pavement, knocking on brownstone owners doors, asking for listings,” she said.

She estimates that her first few months in real estate she made just $600, but it didn’t deter her from the profession, in fact, it strengthened her resolve. “I thought, someone paid me to do something that’s so much fun,” she said.

“I’m about service and relationships,” she explained about her approach to her business. Unlike many agents in the biz, Negron said she has never done a mass mailing to prospective clients.

“All of my business comes from relationship referral and the web,” she said. “We really take pride that we provide a service for people, we think that’s pretty important.”

Negron is a member of Corcoran’s Million Dollar Club, and has been a consistent winner of the firm’s top rental and sales awards. Her expertise runs the gamut – from rentals and sales to commercial leases and sales, to new rental development and sales developments, investment properties, property staging and property management.

Negron was named Brooklyn rental agent of the year three years in row, from 2010 to 2012.

Just this month, Negron and fellow Corcoran agent Paul Murphy represented the seller of a Fort Greene home that sold for $7.5 million. The unique home comprised of three lots containing a mini-mansion built in 1865, a carriage house, four garages and three backyards.

Her team, The Vicki Negron Team, also has 20 high-end short-term furnished properties they manage and rent.

As part of her talent for envisioning, Negron is meticulous in staging properties for sale — she has three storage units full of staging furnishings.
“People need to be helped with their visions,” she said. Her team often has parties to promote the properties, including one recent event where they teamed up with a jeweler and a high-end clothing retailer.

A resident of Brooklyn Heights, Negron is right where she wants to be. “Brooklyn is my love,” she said. “I’ve made many sales and done many rentals in Manhattan, but I love and am enamored by Brooklyn. It’s my home base and my passion.ˮ

In her free time, Negron and her husband spend time with their two dogs, and she is active in her church in Downtown Brooklyn and volunteers in a food pantry and soup kitchen.

She hopes that she and her team at Corcoran continue to be recognized as the number one performing team overall. “I think I’d also like to sell a $50 million brownstone,” she quipped.