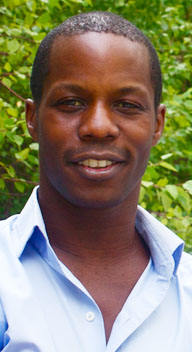 High-tech program the ‘new Excel’ for veterans and newcomers

Being a residential broker in New York City is a tough job. Reginald Johnson hopes to make it a bit easier.

Together with IT-specialist Fredrik Holmberg, the former aptsandlofts.com broker founded the tech startup Netrieval in 2013, which re-launched in its updated form last week.

Netrieval is a program that helps brokers stay on top of listings and in touch with customers via a Smartphone app.

One feature allows brokers to save their client’s preferences, and receive an automatic notification whenever a suitable listing hits the market. Brokers can then instantly notify their client via the app. Another feature called “QuickTag” lets brokers tag people, for example those who looked at a listing. If something similar becomes available, or a deal falls through, the broker can notify the tagged potential clients.

Johnson said he got the idea for the startup during his year-long stint as a broker. “After being in the business for a while, I was surprised by how slow the industry was to embrace technology,” he said. “I designed a product that works for me.”

“If you’re in Kalamazoo, Michigan, and your deal in New York suddenly falls through, you’re screwed,” he explained. “But with our QuickTag feature, you can instantly notify anyone else who looked at the place and tell them it’s available again.”

A third main Netrieval feature automatically notifies brokers about a former client’s birthday or when a lease is about to end and offers to send a message, making it easier to stay in touch.

Other programs that help brokers manage their clients exist, but Johnson insists Netrieval is unique in its features and its price — $5.89 a month.
Johnson, who grew up in Alabama and graduated from the University of Alabama, started his professional life in advertising. After working for several agencies in New York, he switched tracks when he volunteered for Hillary Clinton’s first Senate campaign. Several years as a PR rep for local and national politicians followed, including a stint in Ohio during Barack Obama’s 2008 presidential campaign.

When he entered real estate in 2012, he wanted to transform it, he said. Johnson said he is certain Netrieval addresses a real need. He partnered up with Holmberg, a former IT consultant who now handles Netrieval’s technology, and kicked off a seven-month testing phase in 2013. The 42-year old explained that they showed the program to more than 30 brokers for feedback. In September 2013, Netrieval officially launched, although it didn’t have its Quicktag and automatic matching features — both were added in the new version launched last week.

Initially, the startup won subscribers merely through word of mouth, slowly growing to “north of 200” customers, according to Johnson. He added that he has now started to present Netrieval at brokerage sales meetings.

So far, Netrieval is designed for brokers in New York, but Johnson hopes to expand to other markets in the future.

“Our biggest competitors are Excel charts, pen and paper and post-its,” said Johnson, adding that Netrieval has had more success among brokers who haven’t been in the business very long. “It’s harder to convince someone who has been using Excel for 30 years.”