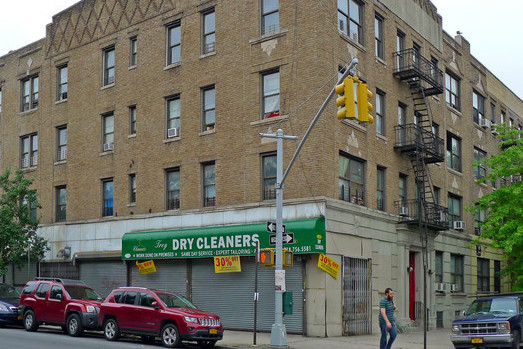 A Brooklyn landlord is facing a year in jail after being found guilty of forcing rent stabilized tenants out of his property by virtually bulldozing it while they lived there.

“Mr. Melamed was the first landlord indicted by our Tenant Harassment Task Force – a distinction he richly earned by tearing apart his own building to force out a family with a young child,” said City Buildings Commissioner Rick D. Chandler, PE. “Other landlords who put money ahead of people’s lives should take warning: we will not tolerate tenant abuse in New York City.”

According to New York Attorney General Eric Schneiderman, Melamed set about demolishing the 14-unit building at 1578 Union Street in Crown Heights shortly after he bought it for $1.6 million in 2012, even though it was fully occupied by rent regulated tenants.

By the time the attorney general’s office started its investigation, there were only three tenants left in the building.

“Daniel Melamed intentionally endangered rent-stabilized tenants in order to push them out – and line his own pockets. Today’s guilty verdict marks another win for our Tenant Harassment Task Force and the strong partnership we’ve created between the state and the city to hold bad landlords accountable, ” said AG Schneiderman.

Melamed was indicted in 2015 following a months-long investigation by the task force that found he oversaw “dangerous and unlawful construction that jeopardized the health and safety of building tenants with the intent of evicting the remaining rent stabilized tenants.”

The evidence presented at trial showed that Melamed illegally shut off heat to rent regulated tenants, even when temperatures dropped below freezing; repeatedly exposed tenants to lead dust that exceeded acceptable levels by as much as 88-times the permissible threshold; and removed the boiler in the middle of winter from the building.

The three remaining tenants testified against their landlord and detailed how they adapted to life under his ownership, including using ovens to heat their apartments, bathing using buckets, and covering their noses and mouths to protect themselves against the lead dust.

Melamed will be sentenced on September 13, 2017; he could face up to one year in jail.

The case was prosecuted by the Attorney General’s Real Estate Enforcement Unit, which is headed by Special Counsel to the Criminal Justice Division, John Spagna, with Assistant Attorney General Brian McDonald, under the supervision of Public Integrity Bureau Chief Daniel Cort and Deputy Bureau Chief Stacy Aronowitz.  Legal Support Analyst Allen George assisted in the prosecution of this case.