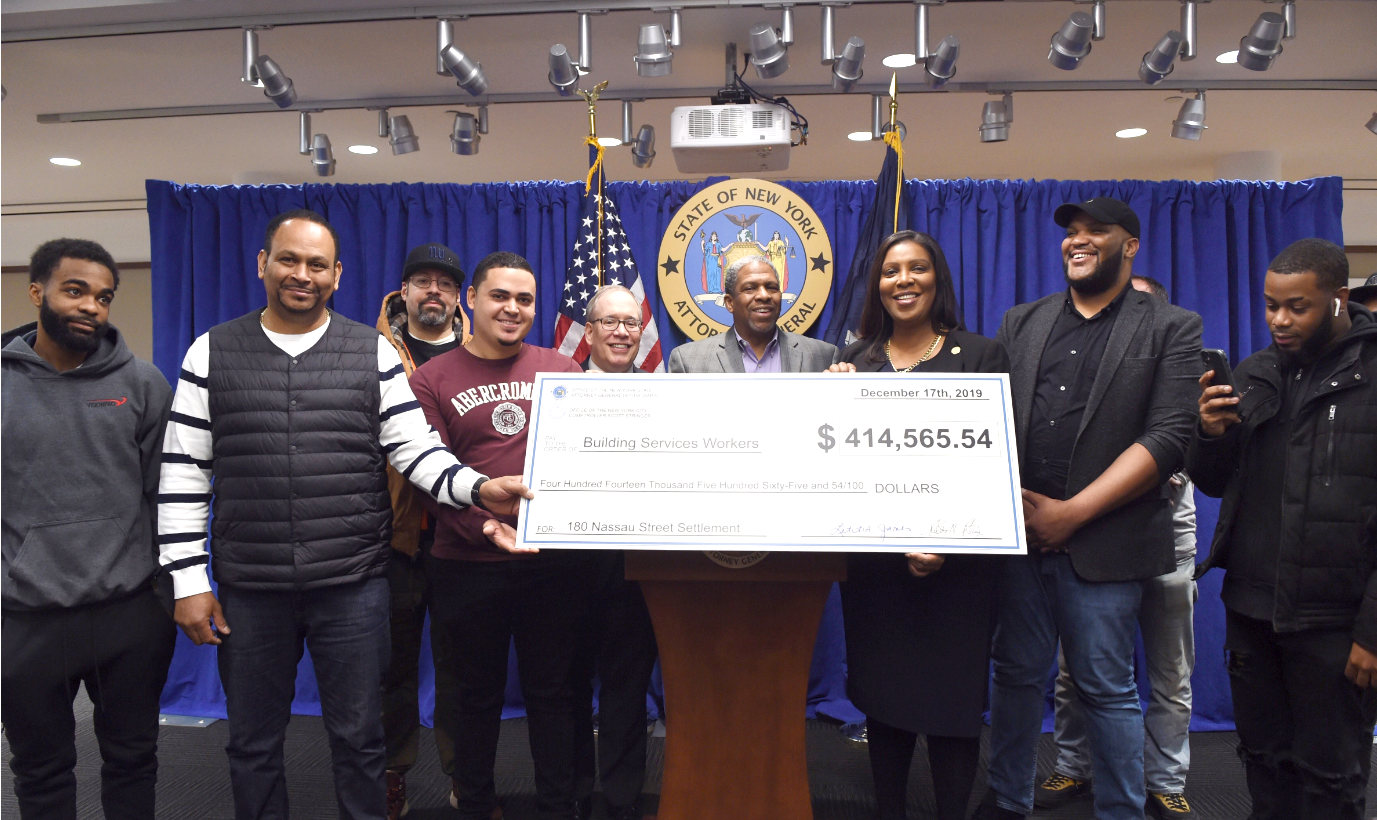 421a Builder pays back wages to workers

Attorney General Letitia James, New York City Comptroller Scott Stringer, and 32BJ SEIU President Kyle Bragg yesterday distributed more than $400,000 in back pay to 11 building service employees who were cheated out of their prevailing wages for work at a luxury apartment building in Downtown Brooklyn.

The workers at the building were represented by a whistleblower 32BJ SEIU, who notified the Attorney General’s Office and the City Comptroller’s Office about the violations.