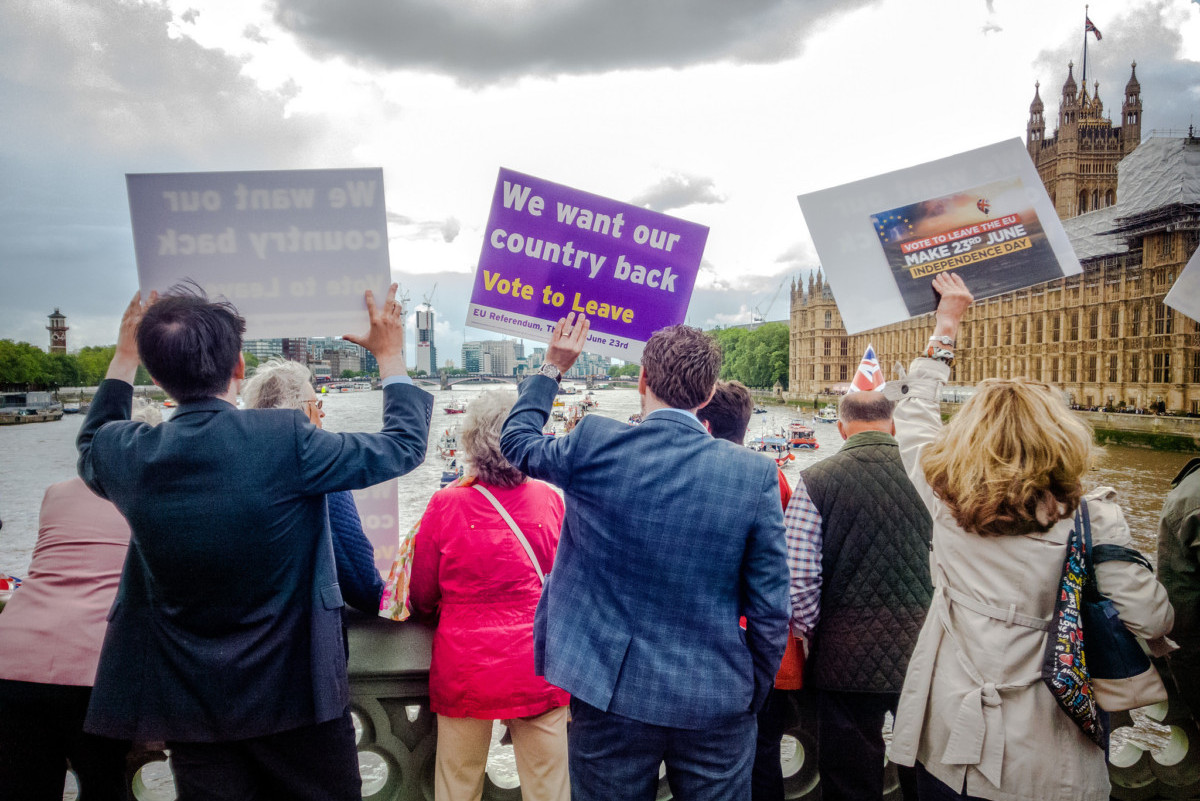 After it became clear that the “Leave” camp won the referendum known as Brexit, two days of losses wiped $3 trillion from stock markets around the world.

The news was similarly bleak for currency traders. The sterling fell to $1.3224 last Friday, marking a 31-year low for the currency.

While there have been many losers in the immediate aftermath of the vote, the commercial real estate sector in New York City may end up being one of Brexit’s biggest beneficiaries.

“The US, and in particular markets such as Washington D.C., Boston, San Francisco, Atlanta, and New York, will be the beneficiaries of capital originally destined for UK,” said Piyush Bhardwaj, the founder and managing partner of real estate investment firm CoInvestment Partners.

Bhardwaj, whose firm specializes in connecting Middle East investors with American real estate companies, said that uncertainty in global markets will make the US dollar a safe option for investors.

“Many foreign investors such as GCC countries [Gulf Cooperation Council] have dollar-pegged currencies and others want to acquire dollar-denominated assets. Investors are always nervous of currency depreciation, which can single-handedly wipe out real returns.

“A Brexit forces investors to make decisions around currency hedging and/or speculation, a very uncomfortable decision for all investment committees,” he said. The GCC is made up of Saudi Arabia, the United Arab Emirates, Kuwait, Bahrain, Qatar and Oman.

Kevin Thorpe, the chief economist and global head of research for Cushman & Wakefield, echoed Bhardwaj’s comments, saying that nervous investors are likely to find their way to US investments.

“Nervous investors will pour foreign money into safety of the US, the globe’s reserve currency,” he said. “Though the impact of a stronger US dollar is mixed, it does have its perks for the US economy. It could push down prices of imported goods – many goods and services could get even cheaper for the American consumer. This will in turn boost consumer spending, which boost business profits, which creates jobs, and ultimately strengthens the U.S. leasing fundamentals.”

While the commercial real estate sector may profit from instability across the Atlantic, the wider economy faces real risks.

Nonetheless, Thorpe remains optimistic about the prospects for global equities.

“Recall that equity markets and the REITs demonstrated great resiliency earlier in the year when concerns flared up about the health of China’s economy. It is worth keeping in mind that China’s economy is nearly four times larger than the UK.

After the hysteria about China calmed down, the economic fundamentals took over, leading equity markets and REITs to rebound swiftly in most regions of the world,” he said.

There are signs that recovery may come sooner rather than later.

After two days of dramatic declines, financial markets started to recover. The Dow Jones Industrial Average, the S&P 500 and the Nasdaq Composite rose by at least 0.7 percent on Tuesday. Meanwhile, the pound rose by 0.7 percent to $1.333, just above its lowest point in three decades.