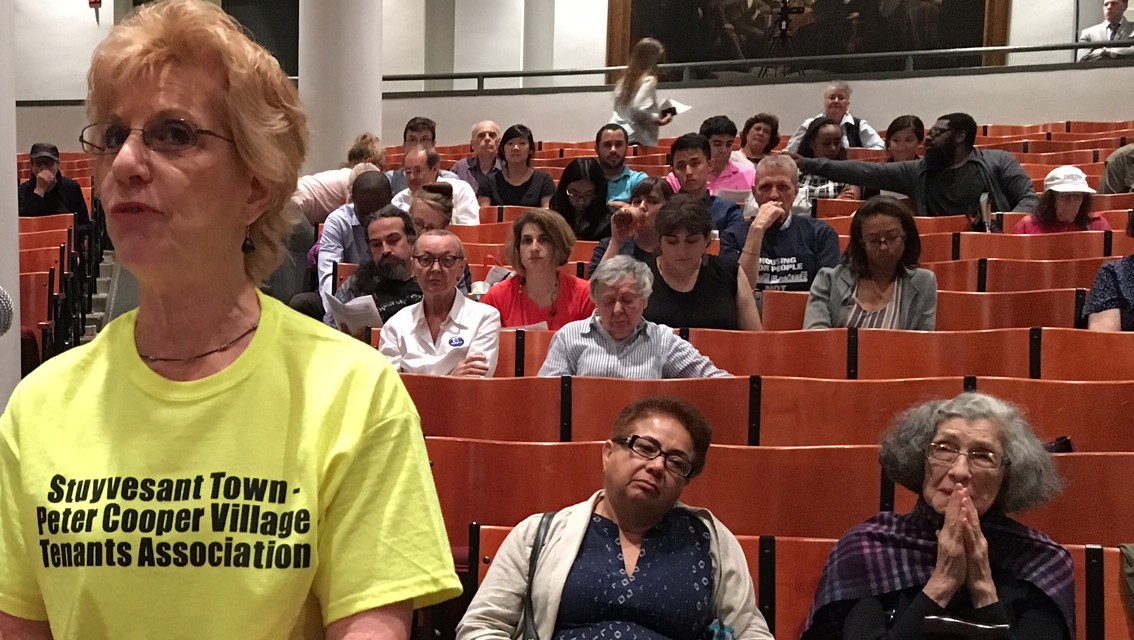 A week after defeating the cityʼs water board in court, the RSA has warned it is prepared to go back to the judiciary to fight this weekʼs proposed rent freeze on over one million city apartments.

“The RGB continues to implement Mayor Bill de Blasio’s political agenda, targeting apartment building owners,” said the RGB in a statement. “As a result, RSA is prepared to fight these unjust and unlawful rent guidelines in the courts.”

The RSA represents some 25,000 primarily small multi-family property owners and agents who operate a large chunk of the cityʼs rent stabilized apartments.

The Community Housing Improvement Program (CHIP), another trade association representing more than 3,500 multifamily owners running some 400,000 housing units in the city, called the decision a blow to building owners. “Tonight’s vote – which was predetermined prior to the hearing – failed to take into account the real expenses in operating multi-family buildings in New York City,” said Patrick Siconolfi, executive director, CHIP.

“The freeze damages housing. With municipal taxes making up the largest percentage of a building’s operating costs, the City needs to look instead at lowering the high property tax rates levied upon multi-family building owners rather than unilaterally freezing rent for an additional year. This is merely a short term fix to a long term, systematic problem plaguing our city.”

Over the past three years, Mayor de Blasio has raised property tax assessments by 33.3 percent and water rates by 6.3 prcent.

RSA president Joe Strasburg said, “In 2015, taxpayers footed the bill for de Blasio’s $1 million ad campaign in which he took full credit for last year’s rent freeze. We urge the state attorney general to launch an investigation into de Blasio’s improper and unlawful influence on the RGB – and the RGB advancing the mayor’s political agenda.”

Mayor de Blasio welcomed the RGB rent freeze on Twitter saying: “For the 2nd year in a row, NYC is freezing rents on 1-yr leases for stabilized apartments so more NYers can keep calling their homes home.”

During a contentious meeting on Monday night, the Rent Guidelines Board (RGB) voted to freeze rents, marking the second year in a row no increases have been made.

The decision came after more than a dozen public hearings where tenant advocacy groups called for a rollback in rent prices.

A proposal to raise rents by three percent on one-year leases and five percent on two-year leases was voted down, as well as a plan to roll back rents.
Held at Cooper Union in the East Village, the packed meeting was marked by tenants’ rights group supporters and members chanting “Roll back the rent!”

The Association for Neighborhood and Housing Development (ANHD) called the freeze and “important victory for NYC tenant movement” in a Tweet.
Rent-stabilized tenants will be able to renew their leases at the newly approved rates beginning October 1.

Meanwhile, the city continues to crack down on landlords who failed to register their buildings as rent regulated after collecting lucrative 421-a tax abatements, despite being legally required to do so.

The crackdown by Cuomo sparked an investigation by the news blog ProPublica which found that landlords had failed to register thousands of buildings for rent regulation.

In extensive analysis of government data covering nearly 15,000 rental buildings receiving the tax subsidies as of 2013, about 40 percent — or 5,500 buildings — weren’t listed as rent-stabilized, despite records showing the building owners received more than $100 million in property tax reductions, according to the ProPublica report.

Earlier this month, a judge upheld the RSA’s contention that the New York City Water Board acted in an “arbitrary capricious and unreasonableˮ manner in proposing a water rate hike while giving one-three-family-home owners a $183 bill credit.

Justice Carol Edmead said the proposed rebate was “designed to accommodate the mayor’s political agenda and provide a windfall to certain homeowners.ˮ

The city has said it will appeal the decision.