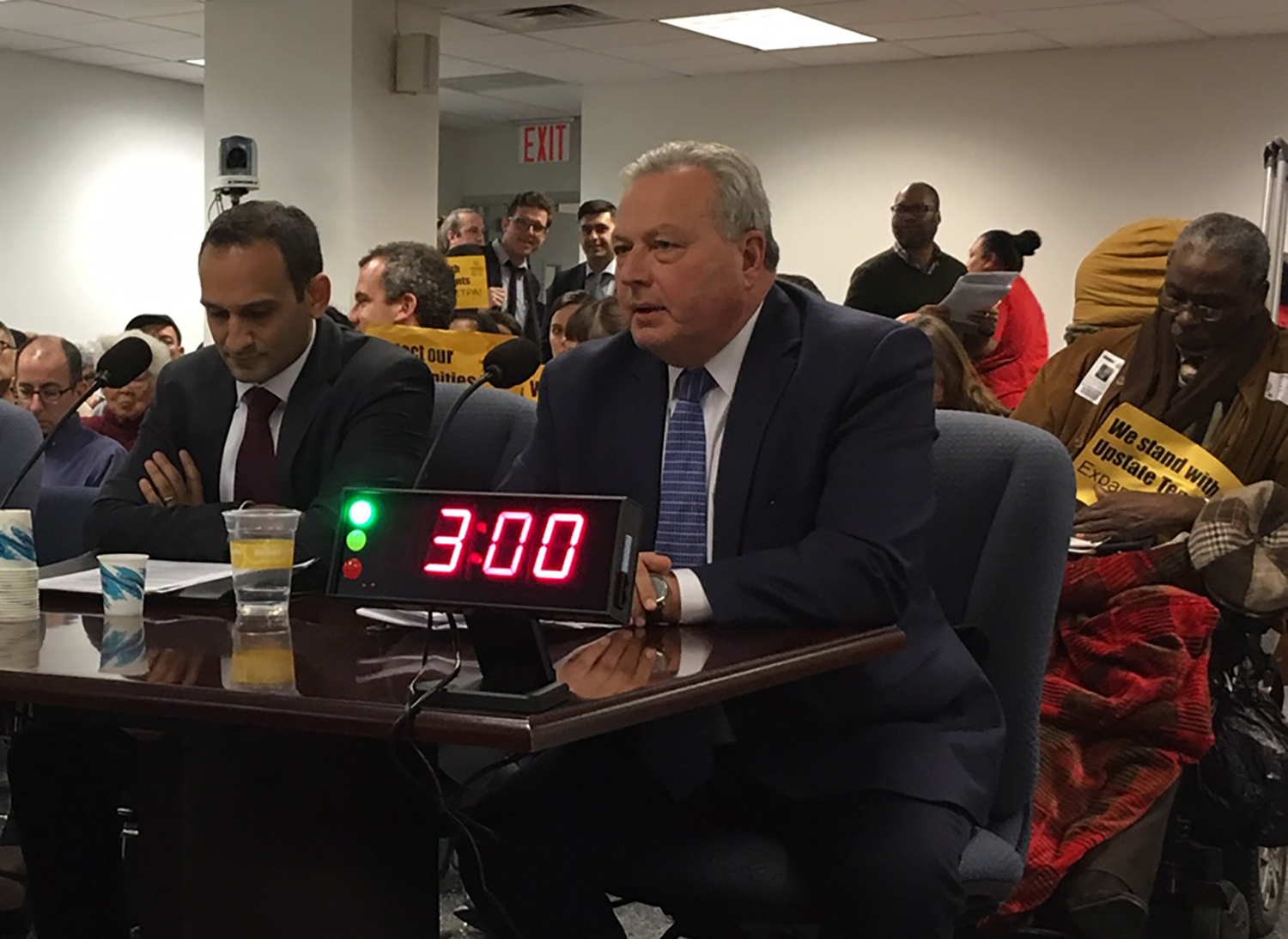 There’s no question that 2019 was the year of the tenant, thanks to the sweeping rent reforms made through the implementation of the Housing Stability and Tenant Protection Act in Albany. However, there are still a number of bills floating around upstate as well as at City Hall that could potentially impact the residential sector. Read on to learn about three issues that already have real estate industry professionals concerned about what’s to come in 2020.

Just cause eviction was part of the original HSTPA but ultimately wasn’t included in the final legislative package, and the Rent Stabilization Association, a group that represents owners of rent-regulated buildings, is hoping it stays that way. The bill, which is being reintroduced by sponsor State Senator Julia Salazar, is “a wolf in sheep’s clothing,” according to the group, which has created a video for members blasting it.

“On the surface, it sounds like it benefits tenants, but in reality it will eliminate landlords’ ability to maintain and upgrade their buildings, and diminish their control over property they own,” said RSA President Joseph Strasburg. “Tenants are already protected from unjust eviction. They can’t be evicted without a court proceeding and by court order.”

The RSA gave an example of how, if a tenant is sometimes in arrears with their rent or disruptive in the building, current law does allow the tenant an opportunity to correct the issue to avoid being thrown out.

The RSA noted that the bill also calls for a rent cap of 150 of the consumer price index (roughly four percent of the rent in New York currently). This limit to what can be charged would “cripple” owners’ ability to maintain and repair buildings, the group is arguing.

“It would be a lease for life and rent caps – forever,” Strasburg said. “And what bank or mortgage lender would finance an acquisition that inherits lease for life tenants, rent caps and all?”

Salazar meanwhile disagrees with that description of the bill, saying it impacts properties of four or fewer units that are not owner occupied only. Larger buildings built before 1974 are generally rent regulated and Salazar said she focused on properties of smaller size because she wanted to offer some form of protection to tenants who are not regulated.

“There is little protection under the law from being evicted at the end of their lease or if they don’t have a lease,” said Salazar. “If you’re living in a unit that isn’t regulated, the landlord if he wishes, could raise rents by 200 percent. Or something more common but very harmful to low-income tenants like 25 to 50 percent, which we see all the time.”

The bill has been tweaked from its original version, but this was only to change the word “unconscionable,” in a description of rent increases above 150 percent of the CPI to “unreasonable.” There are also times when the CPI is negative so the wording on this has been changed to say the cap would be set at 150 percent of the CPI or a flat three percent, whichever is higher.

Because many multifamily properties have storefront space, the RSA is also concerned about a bill that would regulate rents for businesses.

The bill, introduced last November by Councilmember Stephen Levin, would create a City Council-appointed board not unlike the Rent Guidelines Board to set annual lease increases on retail, professional service, and manufacturing storefront space instead of landlords. The bill has already gotten pushback from the industry, with the Real Estate Board of New York arguing that in the city’s own report on retail blight, high rent was just one of many factors including high property taxes and the rise of e-commerce that’s led to store displacement.

And Strasburg said it would be especially rough on regulated multifamily property owners who rely on market rate rents for retail.

“This is a very significant issue for our members,” said Strasburg, “especially small building owners, which is the majority of our membership – because in most cases, particularly in the outer boroughs of Brooklyn, Queens and the Bronx, the commercial space carries the building.”

This bill, Intro 1796, is not the same as another bill, the Small Business Jobs and Survival Act, which has been around in some form for over 30 years and aims to give businesses an automatic ten-year lease renewal. This bill, which is also seen as a form of commercial rent control by the real estate industry, is still under consideration at City Hall. However, it hasn’t seen any action since a hearing in October, 2018.

A spokesperson for Levin defended the new bill, which does often get confused with the SBJSA, because rents would be determined based on factors related to the neighborhood, like if there’s been a lot of displacement or vacancies. Additionally, like the residential Rent Guidelines Board, it would determine increases or even freezes on an annual basis rather than for the duration of a longterm lease. The purpose of it, the Levin rep, said, is to avoid seeing rents double or triple upon renewal.

While there hasn’t been any recent legislation introduced aimed at strengthening the existing fair housing laws, that may very well change this year following a bombshell Newsday investigation that showed rampant racial discrimination by brokers in Long Island. In fact, Aleksandra Scepanovic, CEO of brokerage Ideal Properties Group, is sure that brokers can expect to see some new rules coming out of Albany soon.

Scepanovic added that she hopes whichever legislators see fit to enact new policy will consider how fair housing policies work on an everyday basis as opposed to just setting regulation. Because, she said, fair housing training is already included every time an agent attempts to renew his or her license, so it’s not as if real estate professionals don’t know they’re not supposed to discriminate.

Rather, she believes, “They should know what it means. What you should say, what you should not say. You should focus on your business, which is real property. Your job is to make sure anyone in New York City can see a property.”

Fortunately, Scepanovic said she hasn’t seen or heard evidence of landlords doing business with her company discriminating other than a couple of instances. In those cases, owners were open about not wanting to have children at their properties. (When something like this happens, the properties are removed from Ideal’s listings.)

But, Scepanovic added, along with the ongoing importance of making sure would-be renters and buyers are treated equally, agents also need to be able to protect themselves. She gave an example of how an Ideal agent was accused of discrimination after not returning a call from a tester posing as a Section 8 renter inquiring about an apartment. However, said Scepanovic, the reason the agent hadn’t gotten back to the person was because she was busy with buyers who were making offers on a for-sale listing. She was confident the agent wasn’t discriminating because the agent had family members were Section 8 recipients.

“There are so many things that can be misinterpreted,” said Scepanovic. “Brokers are constantly inspected by all sorts of testers. Sometimes it even results in a lawsuit. As agents, we are often suspected of doing something wrong.”