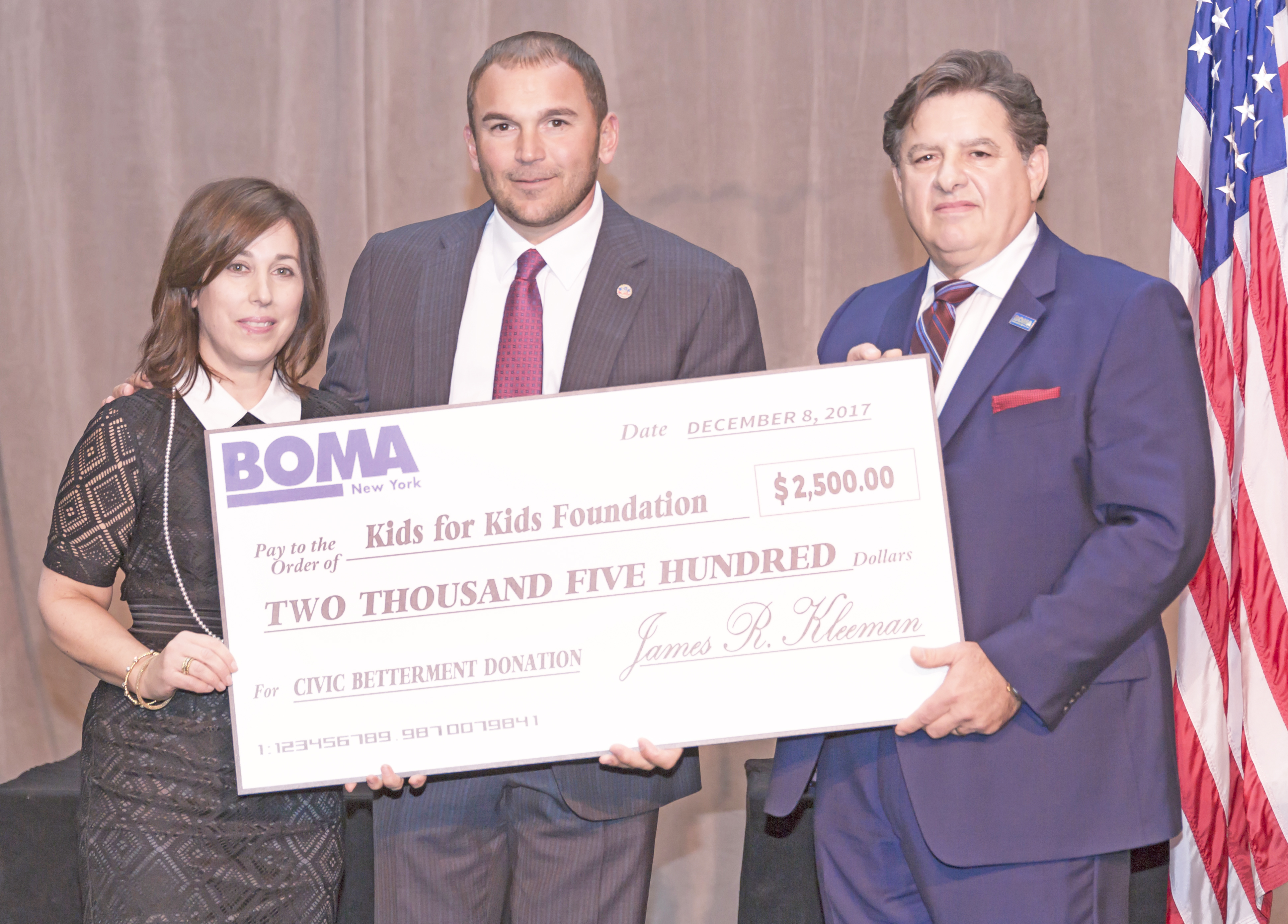 To celebrate the season, over 500 industry leaders, association members and guests attended the event filled with networking opportunities and entertainment.

During the event, BOMA New York announced the recipients of its scholarship program and the winner of the 2017 Civic Betterment Award.

The Civic Betterment Award is given every year to a New York City-based organization and recognizes their dedication, time and commitment to enriching the lives of those living in New York.

This year’s honoree, the Kids for Kids Foundation was established in 2008 by a group of New York City professionals to provide support and awareness on behalf of children and families battling catastrophic diseases.

Investor lands $55M loan for purchase of Westcott in Stamford