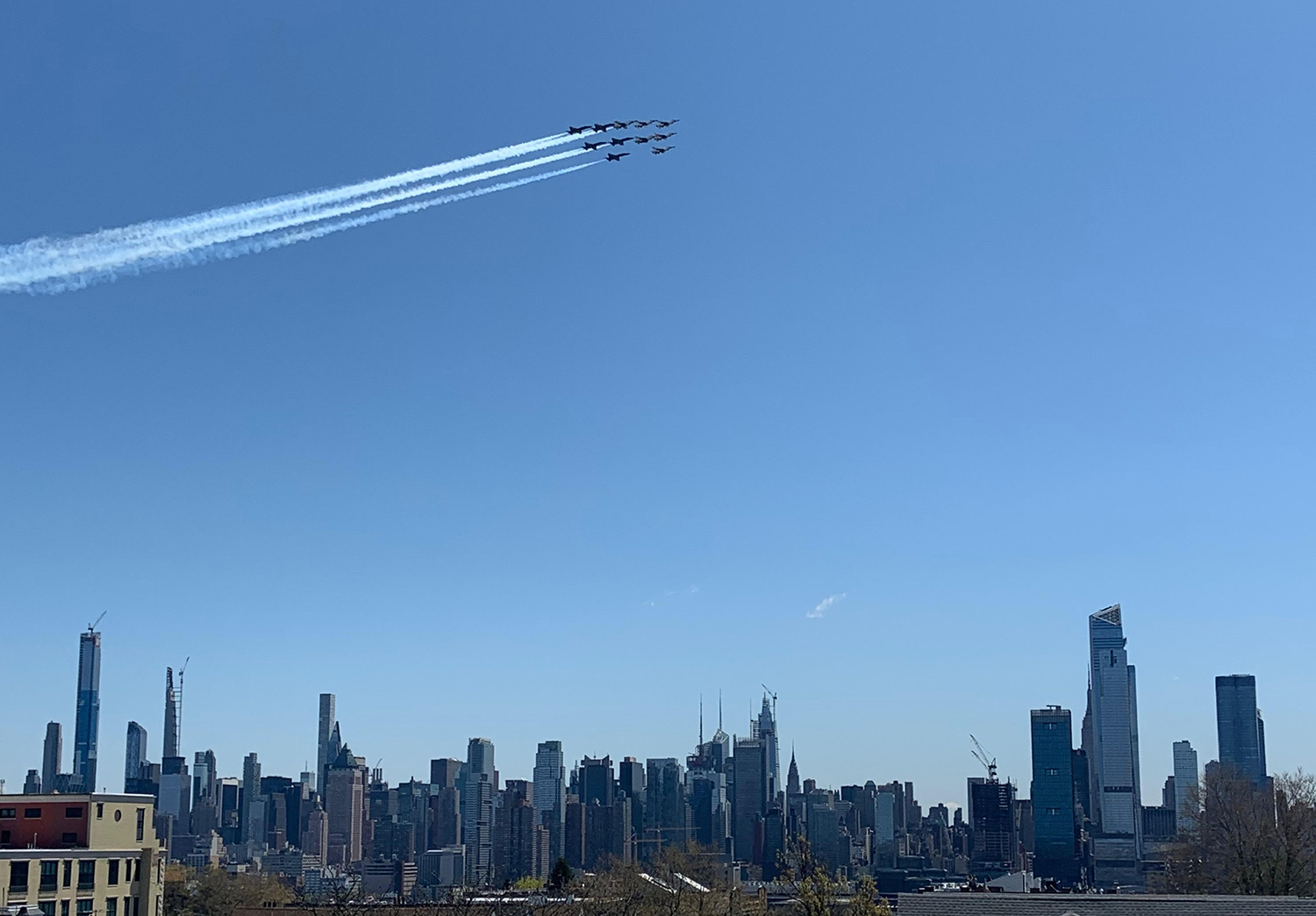 The U.S. Navy and Marine Corps Blue Angels drew New Yorkers out of their homes and onto their roofs today as the elite aviators staged a flyover of the tri-state area in honor of those working on the frontline of the COVID-19 response.

The flyover started over the George Washington Bridge at noon and then made its way over Manhattan and Newark, crossing the East River around 12:15 p.m. The jets then flew out to Long Island before circling back over the Bronx and down the East River again.

Blue Angels’ commander Brian Kesselring said the flight was “to salute those working on the frontline of the COVID-19 response.”

The Blue Angels are normally stationed at Forrest Sherman Field, Naval Air Station Pensacola, Florida. The squadron spends January through March training at Naval Air Facility El Centro, California and the rest of the year flying around the country as “ambassadors of goodwill.”

After the first leg on their North East demonstration, the jets headed north to Connecticut, over White Plains, then down south over the Bronx.

Later in the day, the two teams flew over the Trenton, NJ area before cruising to Philadelphia for a flyover there.

Mack-Cali sells another property as it weathers COVID, shareholder storms